HOME / WORLD / Is another Pearl Harbor possible? The choice is America’s to make

Is another Pearl Harbor possible? The choice is America’s to make 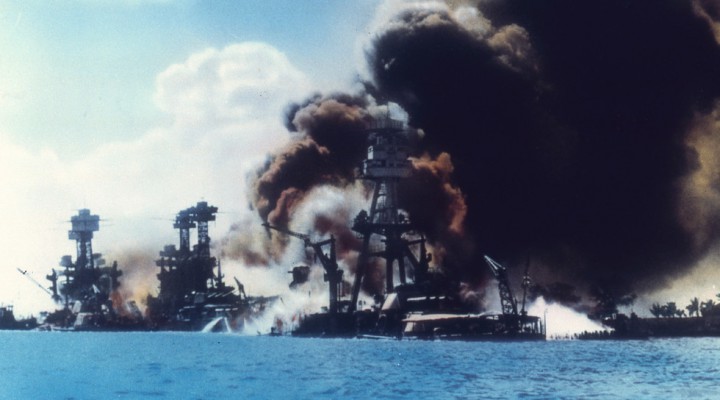 If the tragedy of Pearl Harbor teaches us anything, it is that America is very good at blaming others for the problems it creates for itself.

Eighty years ago, Imperial Japan launched a surprise attack on the U.S. Pacific Fleet at the Pearl Harbor naval base, on the island of Oahu in what was then the US territory of Hawaii.

“Remember Pearl Harbor” became a household term, used to exhort Americans to either join the military, convert US industrial capacity to a war footing, or rally the civilian population to make the necessary adjustments in terms of lifestyle to support the war effort. While the shock at losing more than 2,300 service members in a surprise attack helped stoke American patriotism, by war’s end these losses were but a footnote to a larger ledger containing the names of more than 400,000 Americans whose lives were cut short by the war. Pearl Harbor ceased being a rallying cry, and instead morphed into a cautionary tale of the dangers a nation faces when it allows its guard to be dropped in the face of a knowable threat

At the end of World War 2, the US Congress formed the Joint Committee on the Investigation of the Pearl Harbor Attack. Convened in September 1945, the committee issued its final report in June 1946, not surprisingly placing the responsibility for the war exclusively on Japan. When it came to the issue of intelligence and the failure of US intelligence entities to predict the Pearl Harbor attack, the committee asked, “with some of the finest intelligence available in our history, why was it possible for a Pearl Harbor to occur?”, before casting the blame on “interdepartmental misunderstanding” which “prejudiced the effectiveness” of intelligence. The work of the committee influenced the passage of the National Security Act of 1947 which, among other things, created the Central Intelligence Agency as the single conduit for the collection and analysis of intelligence related to national security.

Given the sensitivity of the information used by Congress in preparing the report (assembled in 39 volumes of data, including intelligence reports derived from the interception and breaking of Japanese codes), the issue of Pearl Harbor as an intelligence failure was not subjected to public scrutiny for nearly a decade and a half. The publication of Roberta Wohlstetter’s seminal work, Pearl Harbor: Warning and Decision, in 1962 brought the attack back into the mainstream of public discourse.

Wohlstetter, who drew expensively on the congressional research material in writing her study, concluded that despite the outstanding US capabilities to collect information, “the balance of the advantage seems clearly to have shifted since Pearl Harbor in favor of a surprise attacker. The benefits to be expected from achieving surprise have increased enormously and the penalties for losing the initiative in an all-out war have grown correspondingly.”

Wohlstetter believed that inherent problems with producing timely and accurate intelligence gave any potential adversary an automatic advantage should they opt to conduct a surprise attack such as the Pearl Harbor one. Her husband, a fellow academic named Albert Wohlstetter, used the paranoia created by his wife’s conclusions to foist the concept of nuclear deterrence on the American people, noting that the best way to prevent a surprise attack in the nuclear age was to be constantly prepared to wage all-out nuclear war. This thinking later evolved into the doctrine of “mutually assured destruction,” or MAD.

In retrospect, both Roberta and Albert Wohlstetter were far off the mark in terms of comprehending both the cause and consequence of the Pearl Harbor attack. Roberta, in echoing without question the Congressional conclusion that Japan was singularly responsible for the war, and that the trigger for this war was the Pearl Harbor attack, shifted the focus of her analysis away from questions about why Pearl Harbor happened, to how. Had she been more intellectually curious, she might have explored the Japanese version of events, where she would have discovered that Pearl Harbor was the logical conclusion to American efforts to strangle Japan’s oil supply, actions that left Japan with no alternative but to attack. As a diary entry from the Japanese Emperor, Hirohito, noted, Japan went to war with the United States because of oil. The real lesson to be learned from Pearl Harbor wasn’t to hold the world hostage to nuclear annihilation, but rather not to engage in policies which compelled the target of these policies to lash out in desperate self-defense.

This lesson was never learned. At the end of the Cold War, in 1991, the need for Pearl Harbor as an intellectual justification for American nuclear posture went away. With the Soviet Union gone, America no longer needed to worry itself about a Pearl Harbor-like surprise attack. Instead, the US embarked on a series of policy initiatives linked to its new status as the world’s sole remaining superpower. These policies were focused on containing Russia – which the US viewed more as a defeated enemy than emergent democracy – and solidifying American dominance over the Middle East.

Both paths, unsurprisingly, had their roots in American energy policy. When Saddam Hussein invaded Kuwait in August 1990, the US opted to respond militarily, not willing to let Iraq accumulate the power and prestige that would come by controlling Kuwaiti oil and threatening Saudi oil production. The resultant Gulf War left Saddam defeated but not destroyed, with America’s lingering presence in the Middle East seen both as an insult to Arab dignity and an affront to Islam.

When Al Qaeda attacked the United States on 9/11, in an event many observers likened to a new Pearl Harbor, Congress once again investigated the events leading up to the attack and, echoing its predecessors in 1946, issued a report which blamed Al Qaeda exclusively, without any reflection into the cause-and-effect relationship between oil-driven US policies in the Middle East and the creation of Al Qaeda. Once again Congress lamented an “intelligence failure,” which was addressed through a massive reorganization and expansion of the US intelligence community.

A direct consequence of the 9/11 attack (the “new” Pearl Harbor) was the embrace by US policy makers of what was called the rules-based international order. In short, the US, rather than undergoing a period of self-reflection into the role its policies may have played in creating the conditions for the 9/11 attack, instead doubled down by reinforcing the very actions and institutions which underpinned the pre-9/11 policies.

The embrace of a rules-based international order today only exacerbates the problems the US is facing from Russia. By encouraging international investment, back in the 1990’s, for the purpose of developing Russia’s considerable oil and gas resources, the US hoped to gain control over Russia’s financial engine while locking in a long-term supply of cheap energy. The failure of the US to sustain the dysfunctional presidency of Boris Yeltsin and, with it, foreign control of Russia’s energy resources, led to the elevation of Vladimir Putin as Russia’s president, and a series of policy decisions which weakened the control over Russian energy resources held by western companies and their Russian oligarch allies. Russia, it would seem, is the living manifestation of a system designed to thrive outside the so-called rules based international order – in short, to thrive void of American control over its politics and economy.

The American people today are simultaneously paranoid about the world they reside in, living in constant fear over the potential for some existential threat manifesting itself in the form of a surprise attack, while at the same time blissfully ignorant of the real state of affairs in the world and how the cause and effect nature of US policies contribute to the kind of global dysfunction that can breed the next source of a Pearl Harbor-like event. The US population has ceded much of that which makes citizenship so important, namely the ability to engage in fact-based critical thinking, to an establishment which has proven itself incapable of either predicting future Pearl Harbor-like events or preventing them.

The next Pearl Harbor is as inevitable as it is avoidable. Both outcomes rely on the collective discernment of the American people when it comes to the world it lives in, and how our collective behavior impacts this world, for better or for worse. The choice is ours to make. Unfortunately, if history is our judge, fear will trump intellect yet again. This is the true legacy of Pearl Harbor.

0 thoughts on “Is another Pearl Harbor possible? The choice is America’s to make”