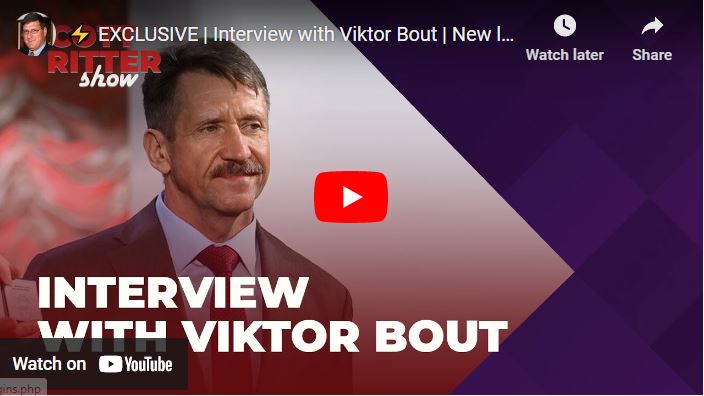 On episode 20 of the show we are joined by Viktor Bout, a man whose life story is quite worthy of a film adaptation. A polyglot, entrepreneur, graduate of the Soviet Military Institute of Foreign Languages. In the West Viktor is portrayed as the “lord of war” and the “merchant of death”. A Russian businessman, a case against whom was fabricated by the American intelligence services on the basis of a provocation they carried out against him in Thailand in 2008.

After extradition to the United States, Bout was sentenced to 25 years in a maximum security prison. He was eventually released back to Russia in December 2022, in a prisoner exchange between US and Russia. Upon his return to Russia, Viktor had decided to start a political career joining the Liberal Democratic Party of Russia (LDPR).

Should Russia Take the War to NATO States?

Is this Western war on Russia simply stupidity?

Russian Gains, US Gears Up for Crimea Escalation, US Proxies Strike China/Pakistan in Train Bombing

Washington Has Resurrected the Threat of Nuclear Armageddon

CIA Chief Warns Zelensky of Assassination (…by the CIA)

There Are No Innocent Americans: Notes From The Edge Of The Narrative Matrix