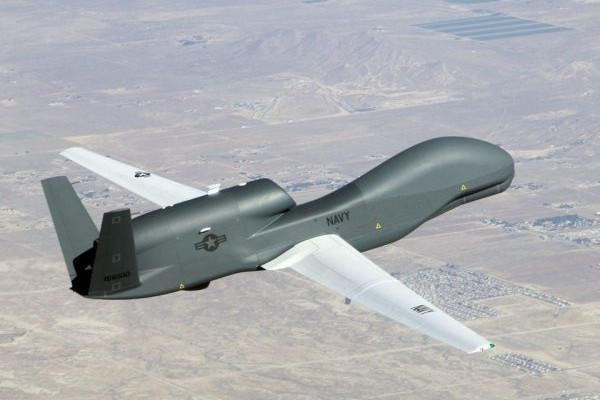 A brazen attack earlier this month on Saudi Arabia’s Shaybah oil field complex by 10 long-range “suicide” drones operated by Houthi fighters in Yemen is but the latest in a growing number of drone-related events that signal a new threat to energy security. The drone, technically known as an unmanned aerial vehicle (UAV), has come of age as a weapon of war. Unlike most leading-edge examples of military technology, however, the drone has made a seamless transition into the civilian sector, allowing widespread use of a sophisticated technology at relatively low cost. The proliferation of drones is enabling non-state actors to gain access to a game-changing technology that can threaten energy installations in remote areas previously thought to be relatively secure due to their location. Energy companies must now address the security of installations once thought virtually immune to physical attack. While defenses against drones exist, they are neither cheap, simple nor always effective.

Adapting a military technology for civilian application is not new, but reconfiguring the civilian variant of that technology, such as the drone, for military use is highly unusual. This repurposing of a relatively inexpensive civilian technology by non-state actors such as rebel groups or insurgents now poses a serious new threat to oil and gas facilities in many parts of the world. Because of their economic value, these facilities are a natural target for any group seeking to disrupt the status quo. The low cost and small scale of drones make them ideal for the asymmetric warfare practiced by non-state actors. Remote location and conventional security forces are simply no match for them.

Technology has been transforming conflict since the dawn of civilization. Until now the transformational technology of conflict has generally been the exclusive purview of nation states. Non-state actors have been relegated in the past to using less than cutting-edge technology when engaged in military-type actions. This paradigm, however, has now been broken. In the digital age, society has seen the introduction of cyberattacks conducted by non-state actors that are as destructive as those conducted by their state-run counterparts. Likewise, advances in drone technology have transformed a novelty item into a potential tool of warfare accessible by virtually anyone, which can be used for reconnaissance or as a weapon.

Development of the Drone

From the moment man mastered the science of flight, the idea of transforming a manned aircraft into an unmanned weapon capable of delivering a high-explosive payload has seized the military imagination. Examples of attempted drones can be found going back to World War I. The most well-known drone that emerged from World War II was the German V-1 rocket. Notoriously inaccurate, the V-1 served more as a weapon of terror than war. The advent of ballistic missile technology, combined with advances in air defenses, shifted the focus of drone technology from weapons to reconnaissance. The US experimented with high-speed jet-powered drones to fly high-altitude photographic reconnaissance missions over North Vietnam and China during the 1960s. The advent of high-resolution imaging satellites brought a close to this chapter in drone development.

The 1980s witnessed renewed interest in drone technology, with the US military adapting an Israeli UAV for use as a battlefield reconnaissance system. This drone led to a more advanced model, known as the Predator. Equipped with GPS navigation systems and high-resolution cameras, the Predator could loiter over a target area far removed from its base of operations, providing a bird’s eye view. The Predator proved so adept at locating difficult targets, such as individual terrorists, that the US took to arming it with air-to-ground missiles, turning a reconnaissance platform into a weapons delivery system. Today, the armed drone — which has evolved considerably from the original Predator — is a cornerstone of US military power projection.

The drone has also developed further as a strategic reconnaissance platform. A stealth drone, the RQ-170 Sentinel, was used to monitor Osama bin Laden during the US commando strike that killed him in 2011. Another US drone, the RQ-4 Global Hawk, is capable of long-duration missions that integrate a wide range of intelligence collection capabilities. But both the Sentinel and Global Hawk have displayed vulnerabilities — Iran famously broke into the satellite link of a Sentinel drone, taking control and bringing it down on Iranian soil in 2011. And, more recently, Iran shot down a Global Hawk drone over the Strait of Hormuz.

Both Russia and China have joined the US in developing and deploying drones capable of operating across the entire spectrum of the modern battlefield. Israel has continued its interest in drone technology, using various models to dispense tear gas against demonstrators in Gaza, to fly reconnaissance missions over Lebanon and Syria, and to attack Shiite militias in Syria and Iran. Not to be outdone, Iran has introduced a wide variety of military drones, including copies of the RQ-170 it captured in 2011 as well as various models of Iranian origin, which have been used throughout the Middle East.

Two of Iran’s principal clients when it comes to drone technology are non-state actors: Hezbollah in Lebanon and the Houthis in Yemen. Both operate Iran-style drones, either copied indigenously or built from kits provided by Iran. The Houthis in particular have proven quite efficient in the employment of drones, using them to attack Saudi Arabian and United Arab Emirates forces in Yemen, as well as military and civilian targets on the soil of those two nations.

The recent attack at Shaybah by 10 Houthi drones, also known as UAVX, served as a wake-up call for Saudi Arabia and the world. The technology of UAVX was rudimentary, making use of preprogrammed longitude and latitude coordinates loaded into a fire-and-forget guidance and control system. However, the drone weapons used by the Houthi and Hezbollah are derived from technologies that are, at the present time, limited to state actors. This makes the likelihood of these same UAVX-type drones hitting oil installations outside the Middle East highly unlikely.

The most serious threat of drones to energy security lies elsewhere. While aircraft-sized drones currently remain outside the capability of most non-state actors, such as terrorist organizations or politically motivated insurgencies, civilian drone technology has developed to the point that other options exist for potential future attacks against oil and gas production and storage facilities.

One example of this capability is the use of sophisticated civilian drones by fighters from Islamic State during the battle for Mosul, in 2017-18. Islamic State fighters used individual remote-controlled drones to drop mortar shells on unsuspecting Iraqi troops. Another, more telling drone attack occurred on New Year’s Eve 2017, when Syrian rebels launched a “swarm” attack using 13 unmanned aerial vehicles, each carrying multiple improvised bombs, against a Russian air base and navy supply base in Syria. The Russians deployed air defense radars that detected the attack and were able to shoot down six of the drones while using electronic warfare systems to take control of the remaining drones, capturing or destroying them before they reached their target. While the rebel attack on the Russian installations failed, the fact is the drones, which were adapted from kits purchased in Ukraine, cost less than $1,000 each. To defeat them, Russia employed hundreds of millions of dollars of much more sophisticated military equipment. This asymmetry represents a huge potential burden for oil companies themselves or for host governments seeking to protect them.

Drone technology is still developing and will find many uses. Evidence of this plays out daily, with scientists using drones to collect environmental samples and conduct sophisticated geomapping, first responders using them to support fire-fighting and search and rescue operations and commercial entities investigating their utility in delivering products direct to the homes of the consumer. But this technology is a double-edged sword — for all its potential to do good, recent history has shown it can, and will, be adapted for nefarious purposes as well.

From an energy security perspective, drones have proven that they pose a meaningful threat to the physical security of facilities once deemed virtually immune to direct attack by non-state actors, as witnessed by the Houthi attack on Shaybah. It is no longer a question of if there will be another drone-based attack on oil and gas production and storage facilities, but when. How proactively oil companies prepare themselves for this threat will in large part dictate how destructive such attacks will be.