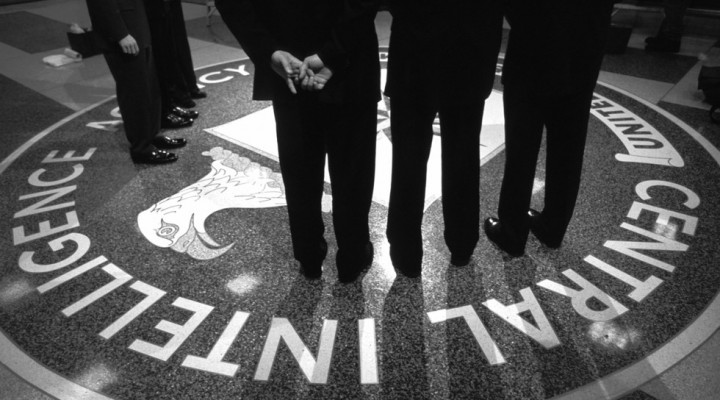 In ‘The Fourth Man’, former CIA officer Robert Baer crafts a narrative full of speculation and short on facts

In 1984, the CIA and the FBI were riding high. Each of these powerful organizations were managing portfolios of Soviet agents who were ostensibly doing their bidding, spying against the USSR, and providing the United States with troves of secret information about the inner workings of the former superpower.

Then, between 1985 and 1986, the walls came tumbling down. Thanks to three American traitors, the entire portfolio of spies being run by the CIA and FBI were rounded up by Soviet authorities. Responsibility for this intelligence disaster would ultimately be assigned to two CIA officers (Edward Lee Howard, who gave away Adolf Tolkachev, the “billion dollar spy,” so named because the information he provided on Moscow’s military capabilities saved the US a billion dollars in research and development costs, and Aldrich Ames, who betrayed 25 Soviet moles, 10 of whom were allegedly arrested and subsequently executed for their crimes) and one FBI man (Robert Hanssen, who betrayed scores of Soviet agents, along with the names of so-called double agents – Americans recruited by the Soviets to spy, but who were really working for either the CIA or FBI).

The CIA never fully recovered from the impact of the betrayals inflicted by the trio of traitors – Howard, Ames, and Hansen – all of whom spied for the Soviets and together were responsible for the literal annihilation of the CIA’s human intelligence networks operating in the USSR during the mid-1980s.

Instead of accepting responsibility for its failures, however, the CIA sought to blame a ghost who became known as the so-called “fourth man”, a spy that existed only in the imagination of those who spent years scouring the shadows for evidence of his existence and turning up nothing. It is the hunt for this mythical “fourth man” that is the subject of Robert Baer’s eponymously named book.

Baer, himself a former CIA operations officer, has tapped into his former life, prying open the memories of his former colleagues at the CIA to breathe life into a tale of betrayal and deception-driven paranoia that does not cast a positive light on his former employer.

The Fourth Man, supposedly an “explosive, never-before-told story of the thrilling hunt for a KGB spy in the top ranks of the CIA,” has been likened to a real-life version of John LeCarre’s classic tale of espionage and betrayal, Tinker, Tailor, Soldier…Spy. After reading it, I instead felt like I had experienced a Jerry Seinfeld-inspired tale from The Twighlight Zone – a tiresome story that promised much but, in the end, was about nothing.

One disturbing aspect of Baer’s book is that he puts a name to the “fourth man” – Paul Redmond, a retired CIA counterintelligence officer whose job was to ostensibly hunt down the very spy Baer has tried to bring to life in his narrative. After reading Baer’s book, I walked away very uncomfortable about his assertion that Redmond – the man former CIA Director James Woolsey called “a voice crying out in the wilderness” regarding the existence of a Soviet “mole” inside the CIA who turned out to be Aldrich Ames – was himself not just a spy, but the spy.

The one Baer claims was responsible not only for the inability of the CIA to reconstitute its human intelligence networks in Russia, but also the CIA’s inability to predict the rise of Vladimir Putin, and get a source close enough to Putin to better inform US policy makers about the Russian leader’s intentions. In short, according to Baer, Redmond is singularly responsible for the absolute failure of the CIA when it comes to producing quality intelligence about post-Soviet Russia.

While Baer is open about the many failures of the CIA and the FBI when it came to allowing Howard, Ames, and Hanson to inflict such harm on US intelligence operations, the story he weaves about why the CIA was never able to regain its lost position in Russia – namely that the “fourth man,” a person whom Baer calls “the perfect spy,” was able to tip the Russians off about everything the CIA was doing and thinking of doing regarding Russia – comes off as too contrived, too speculative, and too incomplete to ever capture the imagination of the reader.

For a layperson, Baer’s foray into the world of LeCarre-like quasi-intellectualism might be believable. But Baer – himself an experienced CIA case officer with experience in the former Soviet Union – provides too many clues as to the real reason behind the CIA’s failures, namely the incompetence of the people it tasked with penetrating targets in Moscow. Baer, perhaps unwittingly, regales his audience with two incidents that he was personally involved in – the unauthorized testing of a secret CIA satellite communications system in the Russian capital, and when he and other CIA agents in transit passed through a metal detector in Moscow on their way to destinations south, only to be casually waived through by the Russian customs officer – that together shed a light on the true reasons for the CIA’s many failures.

Given what I know, and what Baer begrudgingly acknowledges, about the professionalism of the Russian security services, it is highly unlikely that either incident escaped the attention of Baer’s Russian hosts, guaranteeing that Baer and his fellow travelers were completely compromised. Simply put, if Baer’s actions were indicative of the lax tradecraft used by the CIA in post-Soviet Russia, it doesn’t take a rocket scientist or a crack CIA counterintelligence squad to understand that the “fourth man” was the agency itself – a fabrication derived from the collective imaginations of the amalgam of egotists, drunks, and schizophrenics that populated the CIA and who had been so unnerved by the consequences of the Howard, Ames, and Hansen betrayals that they allowed themselves to become paralyzed by fear, afraid to undertake any meaningful action against Russia target lest they fall victim to their own collective incompetence.

The “fourth man,” Baer claims, was “more senior and better placed than [Aldrich Ames],” someone who spied for “the game” and not money, and who was never caught, let alone charged, with spying – the “Holy Grail” of American counterintelligence “who knew how to play the game to win.”

I remain unconvinced. I look at the CIA’s abysmal track record in post-Soviet Russia, and I see an agency trapped by mediocrity and a lack of imagination, a Russia Department staffed by second-tier players (the first team was off fighting terrorists) and guided by erstwhile post-Soviet Russian “experts” who comprehended the rise of Vladimir Putin even less than they understood post-Soviet Russia as a whole, and who were more than willing to allow the fiction of the “fourth man” to be promulgated in order to absolve them of their utter incompetence.