HOME / SOCIAL/CULTURAL / When the West Started to go Seriously Wrong

When the West Started to go Seriously Wrong 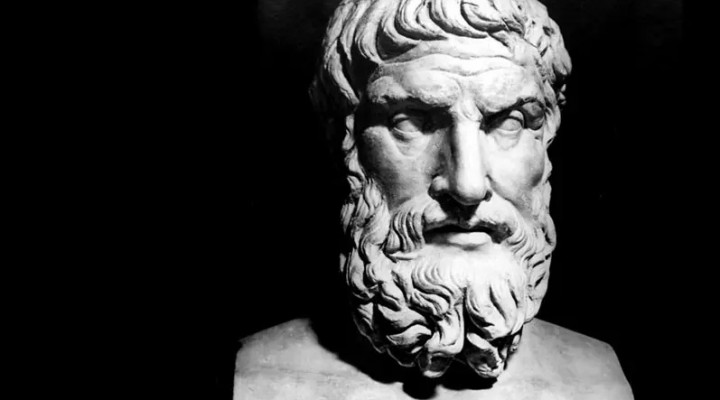 Exclusive– I write this from the Cynic/Stoic point of view of a 21st century global nomad.

If we need a date, let’s start with Rome in the early 5th century.

Follow the money. That’s when income from properties owned by temples were transferred to the Catholic Church – thus boosting its economic power. By the end of the century, gifts to temples were even forbidden.

In parallel, there was a destruction overdrive – via Chistian iconoclasm: from crosses carved in pagan statues to bathhouses converted into churches. Bathing naked? Quelle horreur!

Very little has survived. Example: the fabulous bronze statue of Marcus Aurelius on horseback, in the Campidoglio/ Capitoline Hill (today it’s in the museum). It survived only because they thought the emperor was Constantine.

The very fabric of Rome was destroyed – rituals, the sense of community, song and dance (remember that people still lower their voices when entering a church).

For centuries we did not hear the voices of the dispossessed. An exception is an early 6th century text by a philosopher from Athens.

He wrote that Christians are “a race dissolved in every passion, destroyed by controlled self-indulgence, cringing and womanish in its thinking, close to cowardice, wallowing in all swinishness, debased, content with servitude in security.”

If that sounds like a proto definition of 21st century Western cancel culture, that’s because it is.

Things were also bad in Alexandria. A Christian mob killed and dismembered the remarkable Hypatia, mathematician and philosopher. That was the end of the era of Greek math. No wonder Gibbon turned the assassination of Hypatia into a set piece in ‘Decline and Fall of the Roman Empire’.

Under Justinian – emperor from 527 to 565 – cancel culture went after paganism no holds barred. One of his laws ended imperial toleration of ALL religions, which was in effect since Constantine in 313.

If you were a pagan, you’d better get ready for the death penalty. Pagan teachers – especially philosophers – were banned. They lost their ‘parrhesia’: their license to teach.

‘Parrhesia’ is a tremendously serious issue: for A THOUSAND YEARS, this was the definition of FREDOM OF SPEECH.

The first half of the 6th century: this was when freedom of speech was canceled in the West.

The last Egyptian temple – to Isis, in an island in southern Egypt – was shut down in 526.

The legendary Plato’s Academy – after 900 YEARS of teaching – was shut down in Athens in 529.

Guess where the Greek philosophers chose to go in exile.

Those were the days – in the early 2nd century – when the greatest Stoic, Epictetus, a freed slave from Phrygia, admirer of both Socrates and Diogenes, was consulted by an emperor, Hadrian; and became the role model of another emperor, Marcus Aurelius.

The Greek intellectual tradition simply did not fade away in the West.

It was a target of CANCEL CULTURE.

0 thoughts on “When the West Started to go Seriously Wrong”