HOME / WORLD / The Eagle, the Bear and the Dragon 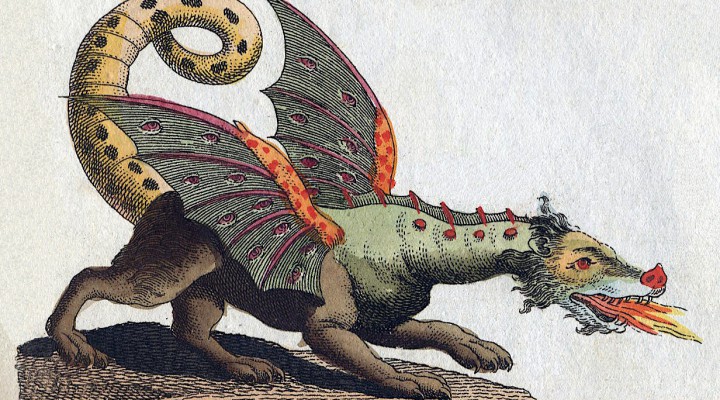 The eagle has conveniently forgotten that the original, Ancient Silk Road linked the dragon with the Roman empire for centuries – with no interlopers outside of Eurasia, muses Pepe Escobar.

Once upon a time, deep into the night in selected campfires across the deserts of Southwest Asia, I used to tell a fable about the eagle, the bear and the dragon – much to the amusement of my Arab and Persian interlocutors.

It was about how, in the young 21stcentury, the eagle, the bear and the dragon had taken their (furry) gloves off and engaged in what turned out to be Cold War 2.0.

As we approach the end of the second decade of this already incandescent century, perhaps it’s fruitful to upgrade the fable. With all due respect to Jean de la Fontaine, excuse me while I kiss the (desert) sky again.

Long gone are the days when a frustrated bear repeatedly offered to cooperate with the eagle and its minions on a burning question: nuclear missiles.

Now the eagle – claiming the dragon is getting an easy ride – has torn down every treaty in sight and is bent on deploying nuclear missiles in selected eastern parts of the land of the blind leading the blind, essentially targeting the bear. 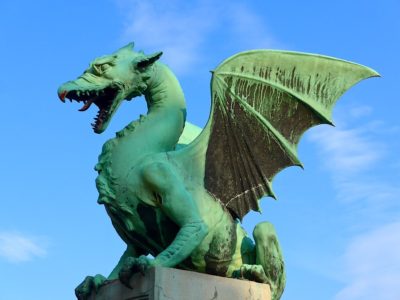 All That Glitters is Silk

Roughly two decades after what top bear Putin defined as “the greatest geopolitical catastrophe of the 20thcentury”, he proposed a form of USSR light; a political/economic body called the Eurasian Economic Union (EAEU).

The idea was to have the EAEU interact with the EU – the top institution of the motley crew congregated as the blind leading the blind.

The eagle not only rejected the possible integration; it came up with a modified color revolution scenario to unplug Ukraine from the EAEU.

Even earlier than that, the eagle had wanted to set up a New Silk Road under its total control. The eagle had conveniently forgotten that the original, Ancient Silk Road linked the dragon with the Roman empire for centuries – with no interlopers outside of Eurasia.

So one can imagine the eagle’s stupor when the dragon irrupted on the global stage with its own super-charged New Silk Roads – upgrading the bear original idea of a free trade area “from Lisbon to Vladivostok” to a multi-connectivity corridor, terrestrial and maritime, from eastern China to western Europe and everything in between, spanning the whole of Eurasia.

Facing this new paradigm the blind, well, remained blind for as long as anyone could remember; they simply could not get their act together.

The eagle, meanwhile, was incrementally raising the stakes. It launched what amounted for all practical purposes to a progressively weaponized encirclement of the dragon. 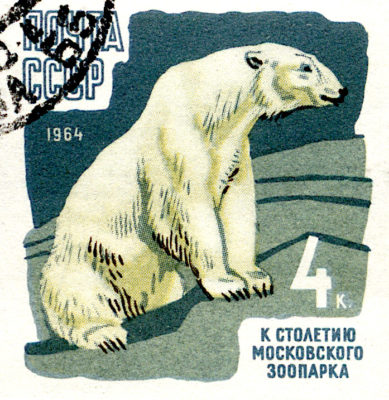 The eagle made a series of moves that amount to inciting nations bordering the South China Sea to antagonize the dragon, while repositioning an array of toys – nuclear submarines, aircraft carriers, fighter jets – closer and closer to the dragon’s territory.

All the time, what the dragon saw – and continues to see – is a battered eagle trying to muscle its way out of an irreversible decline by trying to intimidate, isolate and sabotage the dragon’s irreversible ascent back to where it has been for 18 of the past 20 centuries; enthroned as the king of the jungle.

A key vector is that Eurasia-wide players know that under the new laws of the jungle the dragon simply can’t – and won’t – be reduced to the status of a supporting actor. And Eurasia-wide players are too smart to embark on a Cold War 2.0 that will undermine Eurasia itself.

The eagle’s reaction to the dragon’s New Silk strategy took some time to swing from inaction to outright demonization – complementing the joint description of both the dragon and the bear as existential threats.

And yet, for all the spinning crossfire, Eurasia-wide players are not exactly impressed anymore with an eagle empire armed to its teeth. Especially after the eagle’s crest was severely damaged by failure upon hunting failure in Afghanistan, Iraq, Libya and Syria. Eagle aircraft carriers patrolling the eastern part of Mare Nostrum are not exactly scaring the bear, the Persians and the Syrians. 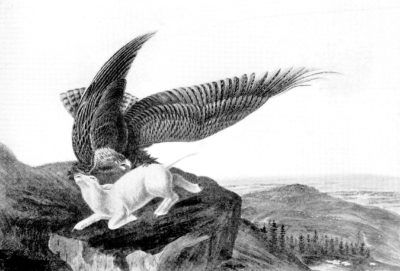 James Audubon and His Journal, published in 1899 in the Public Domain. (Wikimedia Commons)

A “reset” between the eagle and the bear was always a myth. It took some time – and much financial distress – for the bear to realize there won’t be any reset, while the dragon only saw a reset towards open confrontation.

After establishing itself, slowly but surely, as the most advanced military power on the planet, with hypersonic know-how, the bear came to a startling conclusion: we don’t care anymore about what the eagle says – or does.

Under the Raging Volcano

Meanwhile, the dragon kept expanding, inexorably, across all Asian latitudes as well as Africa, Latin America and even across the unemployment-infested pastures of the austerity-hit blind leading the blind.

The dragon is firmly assured that, if cornered to the point of resorting to a nuclear option, it holds the power to make the eagle’s staggering deficit explode, degrade its credit rating to junk, and wreak havoc in the global financial system.

No wonder the eagle, under an all-enveloping paranoid cloud of cognitive dissonance, feeding state propaganda 24/7 to its subjects and minions, keeps spewing out lava like a raging volcano – dispensing sanctions to a great deal of the planet, entertaining regime change wet dreams, launching a total energy embargo against the Persians, resurrecting the “war on terra”, and aiming to punishlike a Bat Out Of Intel Hell any journalist, publisher or whistleblower revealing its inner machinations.

It hurts, so bad, to admit that the political/economic center of a new multipolar world will be Asia – actually Eurasia.

As the eagle got more and more threatening, the bear and the dragon got closer and closer in their strategic partnership. Now both bear and dragon have too many strategic links across the planet to be intimidated by the eagle’s massive Empire of Bases or those periodic coalitions of the (somewhat reluctant) willing.

To match comprehensive, in-progress Eurasia integration, of which the New Silk Roads are the graphic symbol, the eagle’s fury, unleashed, has nothing to offer – except rehashing a war against Islam coupled with the weaponized cornering of both bear and dragon.

Then there’s Persia – those master chess players. The eagle has been gunning for the Persians ever since they got rid of the eagle’s proconsul, the Shah, in 1979 – and this after the eagle and perfidious Albion had already smashed democracy to place the Shah, who made Saddam look like Gandhi, in power in 1953.

The eagle wants all that oil and natural gas back – not to mention a new Shah as the new gendarme of the Persian Gulf. The difference is now the bear and the dragon are saying No Way. What is the eagle to do? Set up the false flag to end all false flags?

This is where we stand now. And once again, we reach the end – though not the endgame. There’s still no moral to this revamped fable. We continue to suffer the slings and arrows of outrageous fortune. Our only, slim hope is that a bunch of Hollow Men obsessed by the Second Coming won’t turn Cold War 2.0 into Armageddon.

PEPE ESCOBAR: The Eagle, the Bear and the Dragon

The New Silk Roads reach the next level

0 thoughts on “The Eagle, the Bear and the Dragon”