HOME / Politics / The art of being a spectacularly misguided oracle 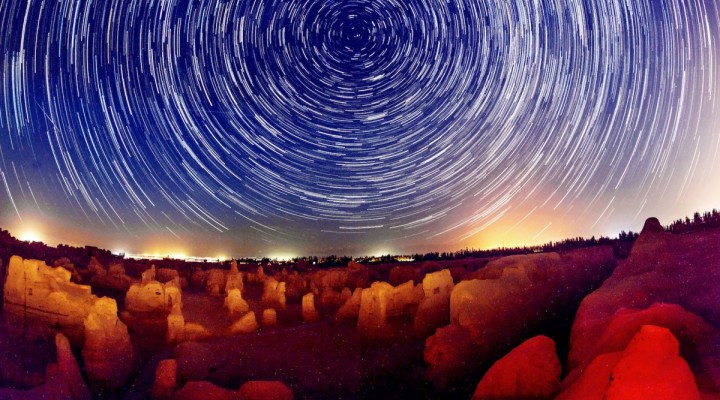 If you doubt anyone could match Zbigniew Brzezinski’s failure to understand Eurasia, consider Robert Kagan

The late Dr. Zbig “Grand Chessboard” Brzezinski for some time dispensed wisdom as an oracle of US foreign policy, side by side with the perennial Henry Kissinger – who, in vast swathes of the Global South, is regarded as nothing but a war criminal.

Brzezinski never achieved the same notoriety. At best he claimed bragging rights for giving the USSR its own Vietnam in Afghanistan – by facilitating the internationalization of Jihad Inc., with all its dire, subsequent consequences.

Over the years, it was always amusing to follow the heights Dr. Zbig would reach with his Russophobia. But then, slowly but surely, he was forced to revise his great expectations. And finally he must have been truly horrified that his perennial Mackinder-style geopolitical fears came to pass – beyond the wildest nightmares.

Not only Washington had prevented the emergence of a “peer competitor” in Eurasia, but the competitor is now configured as a strategic partnership between Russia and China.

Dr. Zbig was not exactly versed in Chinese matters. His misreading of China may be found in his classic A Geostrategy for Eurasia published in – where else – Foreign Affairs in 1997:

Although China is emerging as a regionally dominant power, it is not likely to become a global one for a long time. The conventional wisdom that China will be the next global power is breeding paranoia outside China while fostering megalomania in China. It is far from certain that China’s explosive growth rates can be maintained for the next two decades. In fact, continued long-term growth at the current rates would require an unusually felicitous mix of national leadership, political tranquility, social discipline, high savings, massive inflows of foreign investment, and regional stability. A prolonged combination of all of these factors is unlikely.

Even if China avoids serious political disruptions and sustains its economic growth for a quarter of a century — both rather big ifs — China would still be a relatively poor country. A tripling of GDP would leave China below most nations in per capita income, and a significant portion of its people would remain poor. Its standing in access to telephones, cars, computers, let alone consumer goods, would be very low.

Oh dear. Not only Beijing hit all the targets Dr. Zbig proclaimed were off limits, but the central government also eliminated poverty by the end of 2020.

The Little Helmsman Deng Xiaoping once observed, “at present, we are still a relatively poor nation. It is impossible for us to undertake many international proletarian obligations, so our contributions remain small. However, once we have accomplished the four modernizations and the national economy has expanded, our contributions to mankind, and especially to the Third World, will be greater. As a socialist country, China will always belong to the Third World and shall never seek hegemony.”

What Deng described then as the Third World – a Cold War-era derogatory terminology – is now the Global South. And the Global South is essentially the Non-Aligned Movement (NAM) on steroids, as in the Spirit of Bandung in 1955 remixed to the Eurasian Century.

Cold Warrior Dr. Zbig was obviously not a Daoist monk – so he could never abandon the self to enter the Dao, the most secret of all mysteries.

Had he been alive to witness the dawn of the Year of the Metal Ox, he might have noticed how China, expanding on Deng’s insights, is de facto applying practical lessons derived from Daoist correlative cosmology: life as a system of interacting opposites, engaging with each other in constant change and evolution, moving in cycles and feedback loops, always mathematically hard to predict with exactitude.

A practical example of simultaneously opening and closing is the dialectical approach of Beijing’s new “dual circulation” development strategy. It’s quite dynamic, relying on checks and balances between increase of domestic consumption and external trade/investments (the New Silk Roads).

Now let’s move to another oracle, a self-described expert of what in the Beltway is known as the “Greater Middle East”: Robert Kagan, co-founder of PNAC, certified warmongering neo-con, and one-half of the famous Kaganate of Nulands – as the joke went across Eurasia – side by side with his wife, notorious Maidan cookie distributor Victoria “F**k the EU” Nuland, who’s about to re-enter government as part of the Biden-Harris administration.

Kagan is back pontificating in – where else – Foreign Affairs, which published his latest superpower manifesto. That’s where we find this absolute pearl:

That Americans refer to the relatively low-cost military involvements in Afghanistan and Iraq as “forever wars” is just the latest example of their intolerance for the messy and unending business of preserving a general peace and acting to forestall threats. In both cases, Americans had one foot out the door the moment they entered, which hampered their ability to gain control of difficult situations.

So let’s get this straight. The multi-trillion dollar Forever Wars are “relatively low-cost”; tell that to the multitudes suffering the Via Crucis of US crumbling infrastructure and appalling standards in health and education. If you don’t support the Forever Wars – absolutely necessary to preserve the “liberal world order” – you are “intolerant”.

“Preserving a general peace” does not even qualify as a joke, coming from someone absolutely clueless about realities on the ground. As for what the Beltway defines as “vibrant civil society” in Afghanistan, that in reality revolves around millennia-old tribal custom codes: it has nothing to do with some neocon/woke crossover. Moreover, Afghanistan’s GDP – after so much American “help” – remains even lower than Saudi-bombed Yemen’s.

Exceptionalistan will not leave Afghanistan. A deadline of May 1st was negotiated in Doha last year for the US/NATO to remove all troops. That’s not gonna happen.

The spin is already turbocharged: the Deep State handlers of Joe “Crash Test Dummy” Biden will not respect the deadline. Everyone familiar with the New Great Game on steroids across Eurasia knows why: a strategic lily pad must be maintained at the intersection of Central and South Asia to help closely monitor – what else – Brzezinski’s worst nightmare: the Russia-China strategic partnership.

As it stands we have 2,500 Pentagon + 7,000 NATO troops + a whole lot of “contractors” in Afghanistan. The spin is that they can’t leave because the Taliban – which de facto control from 52% to as much as 70% of the whole tribal territory – will take over.

To see, in detail, how this whole sorry saga started, non-oracle skeptics could do worse than check Volume 3 of my Asia Times archives: Forever Wars: Afghanistan-Iraq, part 1 (2001-2004) . Part 2 will be out soon. Here they will find how the multi-trillion dollar Forever Wars – so essential to “preserve the peace” – actually developed on the ground, in total contrast to the official imperial narrative influenced, and defended, by Kagan.

With oracles like these, the US definitely does not need enemies.

0 thoughts on “The art of being a spectacularly misguided oracle”