HOME / WORLD / Shedding light on the limits of Chinese power 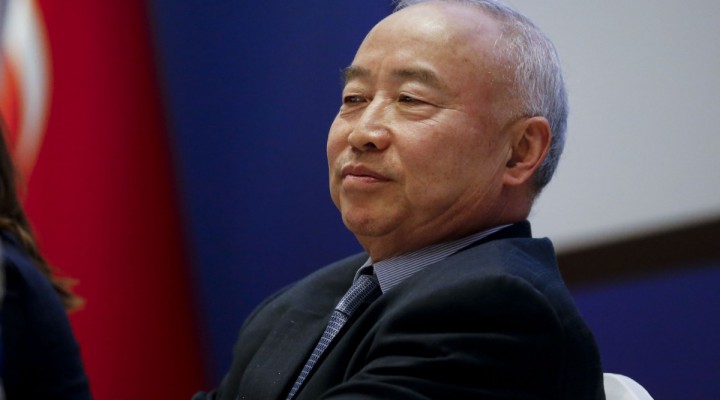 Everything about United States-China relations hinges on the result of the upcoming US presidential election.

A Trump 2.0 administration would essentially turbo-charge its first-term bet on decoupling, aiming to squeeze “malign” China on a multiple hybrid war front, undermine the Chinese trade surplus and co-opt large swaths of Asia while always characterizing China as evil incarnate.

Team Biden, even as it professes no desire to fall into the trap of a new Cold War, judging by the Democratic Party’s official platform would be only slightly less confrontational – ostensibly “saving” the “rules-based order” while keeping Trump-enacted sanctions.

Very few Chinese analysts are better positioned to survey the geopolitical and geoeconomic chessboard than Lanxin Xiang, an expert on relations among China, US and Europe, a professor of history and international relations at the Graduate Institute of International and Development Studies (IHEID) in Geneva and director of the Center for One Belt, One Road Studies in Shanghai.

Xiang received his PhD from the Johns Hopkins School of Advanced International Studies (SAIS) in Washington, DC, and is as well respected in the US as he is in China. During a recent webinar, he laid out the lineaments of an analysis the West ignores at its peril.

Xiang has been focusing on the Trump administration’s push to “redefine an external target”: a process he brands, “risky, dangerous, and highly ideological”. Not because of Trump – who is “not interested in ideological issues” – but due to the fact that the “China policy was hijacked by the real Cold Warriors”. The objective: “regime change. But that was not Trump’s original plan.”

Xiang blasts the rationale behind these Cold Warriors: “We made a huge mistake in the past 40 years”. That is, he insists, “absurd – reading back into History, and denying the entire history of US-China relations since Nixon.” And Xiang fears the “lack of overall strategy. That creates enormous strategic uncertainty – and leads to miscalculations.”

Compounding the problem, “China is not really sure what the US wants to do.” Because it goes way beyond containment – which Xiang defines as a “very well thought of strategy by George Kennan, the father of the Cold War.” Xiang only detects a pattern of “Western civilization versus a non-Caucasian culture. That language is very dangerous. It’s a direct rehash of Samuel Huntington, and shows very little room for compromise.”

In a nutshell, that’s the “American way of stumbling into a Cold War.”

All of the above directly connects with Xiang’s great concern about a possible October Surprise: “It could probably be over Taiwan. Or a limited engagement in the South China Sea.” He stresses, “Chinese military people are terribly worried. October Surprise as a military engagement is not unthinkable, because Trump may want to re-establish a war presidency.”

For Xiang, “if Biden wins, the danger of a Cold War turning Hot War will be reduced dramatically.” He is very much aware of shifts in the bipartisan consensus in Washington: “Historically, Republicans don’t care about human rights and ideology. Chinese always preferred to deal with Republicans. They can’t deal with Democrats – human rights, values issues. Now the situation is reversed.”

Xiang, incidentally, “invited a top Biden adviser to Beijing. Very pragmatic. Not too ideological.” But in case of a possible Trump 2.0 administration, everything could change: “My hunch is he will be totally relaxed, may even reverse China policy 180 degrees. I would not be surprised. He would turn back to being Xi Jinping’s best friend.”

As it stands, the problem is “a chief diplomat that behaves as a chief propagandist, taking advantage of an erratic president.”

And that’s why Xiang never rules out even an invasion of Taiwan by Chinese troops. He games the scenario of a Taiwanese government announcing, “We are independent” coupled with a visit by the Secretary of State: “That would provoke a limited military action, and could turn into an escalation. Think about Sarajevo. That worries me. If Taiwan declares independence, Chinese invade in less than 24 hours. “

Unlike most Chinese scholars, Xiang is refreshingly frank about Beijing’s own shortcomings: “Several things should have been better controlled. Like abandoning Deng Xiaoping’s original advice that China should bide its time and keep a low profile. Deng, in his last will, had set a timeline for that, at least 50 years.”

The problem is “the speed of China’s economic development led to hot headed, and premature, calculations. And a not well thought of strategy. ‘Wolf warrior’ diplomacy is an extremely assertive posture – and language. China began to upset the US – and even the Europeans. That was a geostrategic miscalculation.”

And that brings us to what Xiang characterizes as “the overextension of Chinese power: geopolitical and geoconomic.” He’s fond of quoting Paul Kennedy: “Any great superpower, if overstretched, becomes vulnerable.”

Xiang goes as far as stating that the Belt and Road Initiative (BRI) – whose concept he enthusiastically praises – may be overstretched: “They thought it was a purely economic project. But with such wide global reach?”

So is BRI a case of overstretching or a source of destabilization? Xiang notes how, “Chinese are never really interested in other countries’ domestic policies. Not interested in exporting a model. Chinese have no real model. A model has to be mature – with a structure. Unless you’re talking about export of traditional Chinese culture.”

The problem, once again, is that China thought it was possible to “sneak into geographical areas that the US never paid too much attention to, Africa, Central Asia, without necessarily provoking a geopolitical setback. But that is naiveté.”

Xiang is fond of reminding Western analysts that, “the infrastructure investment model was invented by Europeans. Railways. The Trans-Siberian. Canals, like in Panama. Behind these projects there was always a colonial competition. We pursue similar projects – minus colonialism.”

Still, “Chinese planners buried their head in the sand. They never use that word – geopolitics.” Thus his constant jokes with Chinese policy makers: “You may not like geopolitics, but geopolitics likes you.”

The crucial aspect of the “post-pandemic situation”, according to Xiang, is to forget about “that wolf warrior stuff. China may be able to re-start the economy before anyone else. Develop a really working vaccine. China should not politicize it. It should show a universal value about it, pursue multilateralism to help the world, and improve its image.”

On domestic politics, Xiang is adamant that “during the last decade the atmosphere at home, on minority issues, freedom of speech, has been tightening to the extent that it does not help China’s image as a global power.”

Compare it, for instance, with “unfavorable views of China” in a survey of nations in the industrialized West that includes only two Asians: Japan and South Korea.

And that brings us to Xiang’s The Quest for Legitimacy in Chinese Politics – arguably the most important contemporary study by a Chinese scholar capable of explaining and bridging the East-West political divide.

This book is such a major breakthrough that its main conceptual analyses will be the subject of a follow-up column.

Xiang’s main thesis is that “legitimacy in Chinese tradition political philosophy is a dynamic question. To transplant Western political values to the Chinese system does not work.”

Yet even as the Chinese concept of legitimacy is dynamic, Xiang stresses, “the Chinese government is facing a legitimacy crisis.” He refers to the anti-corruption campaign of the past four years: “Widespread official corruption, that is a side-effect of economic development, bringing out the bad side of the system. Credit to Xi Jinping, who understood that if we allow this to continue, the CCP will lose all legitimacy.”

Xiang stresses how, in China, “legitimacy is based on the concept of morality – since Confucius. The communists can’t escape the logic.

Nobody before Xi dared to tackle corruption. He had the guts to root it out, arrested hundreds of corrupt generals. Some even attempted two or three coups d’état.”

At the same time, Xiang is adamantly against the “tightening of the atmosphere” in China in terms of freedom of speech. He mentions the example of Singapore under Lee Kuan Yew, an “enlightened authoritarian system”. The problem is” China has no rule of law. There are a lot of legal aspects though. Singapore is a little city-state. Like Hong Kong. They just took over the British legal system. It’s working very well for that size.”

And that brings Xiang to quote Aristotle: “Democracy can never work in bigger countries. In city-states, it does.” And armed with Aristotle, we step into Hong Kong: “Hong Kong had rule of law – but never a democracy. The government was directly appointed by London. That’s how Hong Kong actually worked – as an economic dynamo. Neoliberal economists consider Hong Kong as a model. It’s a unique political arrangement. Tycoon politics. No democracy – even as the colonial government did not rule like an authoritarian figure. Market economy was unleashed. Hong Kong was ruled by the Jockey Club, HSBC, Jardine Matheson, with the colonial government as coordinator. They never cared about people in the bottom.”

Xiang notes how, “the richest man in Hong Kong only pays 15% of income tax. China wanted to keep that pattern, with a colonial government appointed by Beijing. Still tycoon politics. But now there’s a new generation. People born after the handover – who know nothing about the colonial history. Chinese elite ruling since 1997 did not pay attention to the grassroots and neglected younger generation sentiment. For a whole year the Chinese didn’t do anything. Law and order collapsed. This is the reason why mainland Chinese decided to step in. That’s what the new security law is all about.”

And what about that other favorite “malign” actor across the Beltway – Russia? “Putin would love to have a Trump win. The Chinese as well, up to three months ago. The Cold War was a great strategic triangle. After Nixon went to China, the US sat in the middle manipulating Moscow and Beijing. Now everything has changed.”

0 thoughts on “Shedding light on the limits of Chinese power”