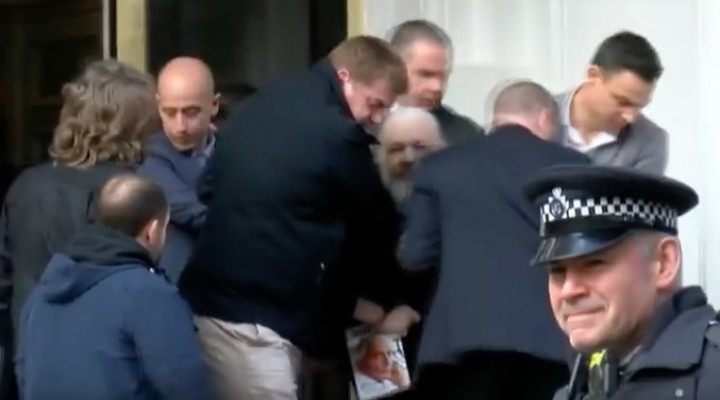 He is being punished not for stealing fire – but for exposing power under the light of truth and provoking the god of Exceptionalism.

This is the tale of an Ancient Greek tragedy reenacted in AngloAmerica.

Amid thundering silence and nearly universal indifference, chained, immobile, invisible, a squalid Prometheus was transferred from the gallows for a show trial in a faux Gothic court built on the site of a medieval prison.

Kratos, impersonating Strength, and Bia, impersonating Violence, had duly chained Prometheus, not to a mountain in the Caucasus, but to solitary confinement in a high-security prison, subject to relentless psychological torture. All along the Western watchtowers, no Hephaestus volunteered to forge in his smithy a degree of reluctance or even a sliver of pity.

Prometheus is being punished not for stealing fire – but for exposing power under the light of truth, thus provoking the unbounded ire of  Zeus The Exceptionalist, who’s only able to stage his crimes under multiple veils of secrecy.

Prometheus pierced the myth of secrecy – which envelops Zeus’s ability to control the human spectrum. And that is anathema.

Abandoned, smeared, demonized, Prometheus was comforted by only a small chorus of Oceanids – Craig Murray, John Pilger, Daniel Ellsberg, Wiki warriors, Consortium writers. Prometheus was denied even the basic tools to organize a defense that might at least rattle Zeus’s cognitive dissonant narrative.

Oceanus, the Titan father of the Oceanids, could not possibly urge Prometheus to appease Zeus.

Fleetingly, Prometheus might have revealed to the chorus that exposing secrecy was not what best suited his heart’s content. His plight might also, in the long run, revive popular attachment to the civilizing arts.

One day, Prometheus was visited by Io, a human maiden. He may have forecasted she would engage in no future travels, and she would bear him two offspring. And he may have foreseen that one of their descendants – an unnamed epigone of Heracles – many generations hence, would release him, figuratively, from his torment.

Zeus and his prosecutorial minions don’t have much of a case against Prometheus, apart from possession and dissemination of classified Exceptional information.

Still it was eventually up to Hermes — the messenger of the Gods, and significantly, the conduit of News — to be sent down by Zeus in uncontrollable anger to demand that Prometheus admits he was guilty of trying to overthrow the rules-based order established by the Supreme Exceptional. 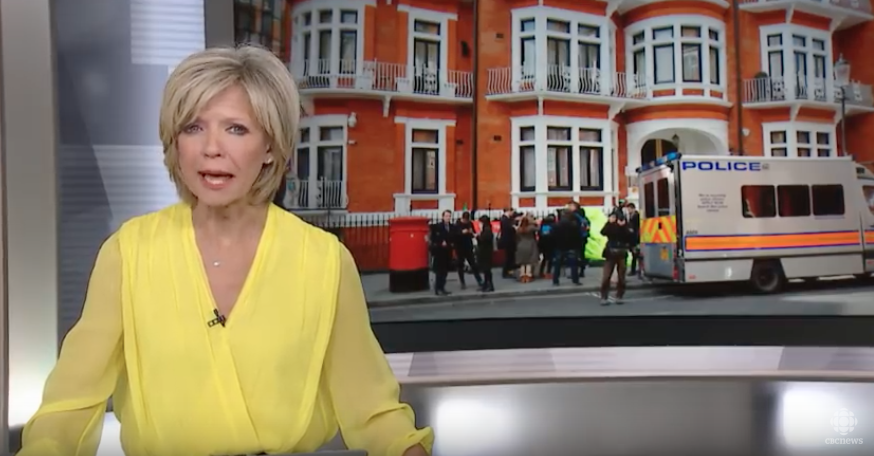 This is what’s being ritualized at the current show trial, which was never about Justice.

Prometheus won’t be tamed. In his mind, he will be relieving Tennyson’s Ulysses: “to strive, to seek, to find, and not to yield.”

So Zeus may finally strike him with the thunderbolt of Exceptionalism, and Prometheus will be hurled into the abyss.

Prometheus’s theft of the secrecy of power, though, is irreversible. His fate will certainly prompt the late entrance of Pandora and her jar of evils – complete with unforeseen consequences.

Whatever the verdict reached in that 17th century court, it’s far from certain that Prometheus will enter History just as a mere object of blame for human folly.

Because now the heart of the matter is that the mask of Zeus has fallen.