HOME / Economy / EU dilemma: how to deal with China 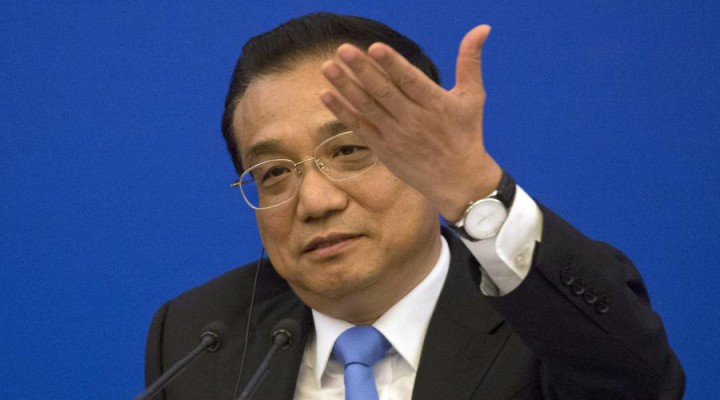 Beijing is, little by little, extending its influence not only inside the EU but inside the NATO space.

Facing China’s irresistible rise all across the chessboard, and under relentless US pressure, the not exactly democratic EU leadership is on a backbreaking exercise to position itself between a geopolitical/geoeconomic rock and a hard place.

The 28-member EU holds a crucial meeting next week in Brussels where it may adopt a 10-point action plan detailing, in a thesis, the terms of an equitable economic relationship with China going forward.

This will happen as Chinese President Xi Jinping visits Italy and then France – ahead of the very important, annual China-EU summit in Brussels on April 9, to be co-chaired by Chinese Premier Li Keqiang.

That’s the crucial context under which the European Commission (EC) has recommended what it describes as 10 concrete “actions” to the EU Heads of State for their debate at the European Council in March 21 and 22.

The full report, EU-China – A Strategic Outlook, is here.

The EC shows how in 2017 – the latest available figures – the EU was “China’s largest partner with a share of 13% of imports of goods in China and a share of 16% of exports of goods from China.” At the same time, the EC stresses that China is an “economic competitor” and “a systemic rival promoting alternative models of governance.”

Yet the EC’s “contribution” to the European Council debate next week is far from confrontational. It is a balancing act couched in Eurocratic terminology attempting to shape common “resolve” among the 28 member-states.

Coming from the EC/EU, support for “effective multilateralism with the United Nations at its core” is the norm – with China fully integrated.

Beijing is praised for its support for the Iran nuclear deal, its role in the denuclearization of North Korea, its upcoming role in the peace process in Afghanistan and tackling the Rohingya crisis in Myanmar. The real problem, predictably, is China’s maritime claims in the South China Sea.

Virtually no one apart from Brussels Eurocrats knows about the existence of an “EU Strategy on Connecting Europe and Asia.”  That’s one of those joint communiqués that no one reads, issued late last year, “enabling the Union to seek synergies between the EU and third countries, including China, in transport, energy and digital connectivity, on the basis of international norms and standards.”

Curiously, in the EC report, there’s no mention whatsoever of the New Silk Road, or Belt and Road Initiative (BRI) – which happens to be China’s synergy masterplan for the whole of Eurasia. We could define it as Globalization 3.0.

On the other hand, Made in China 2025 is duly referenced – and not demonized, Trump administration-style.

From the EU perspective, the key problem remains “lack of reciprocal market access.” The EU wants greater access for European companies, less Chinese subsidies for Chinese companies and curtailment of technology transfer from European firms to their state-owned joint venture partners in China.

All this should be part of a deal on investment rules to be clinched by 2020.

Action 9 in the EC report is quite revealing: “To safeguard against potential serious security implications for critical digital infrastructure, a common EU approach to the security of 5G networks is needed.” To deal with it, the EC will issue – what else – another “recommendation.”

A hefty degree of Eurocratic puzzlement seems to be in the cards; one cannot disassociate BRI from Made in China, 5G and Huawei technology; it’s all part of the same package. Yet the EU is under heavy pressure from Washington to ban Huawei and forget about joining BRI, even as nearly 20 EU member-states are already linked or interested in linking to BRI, and a majority are also interested in Chinese 5G technology.

Brussels diplomats confirmed to Asia Times that the EC report was basically authored by Berlin and Paris. And yes, they had to deal with heavy Washington pressure.

The report harbors a subtle, inbuilt element of “Chinese threat” – perhaps not as overtly as in a Pentagon report. This stance is how the Franco-German alliance believes it may influence “recalcitrants” such as the 16+1 group of Central and Eastern European nations doing business with China, as well as soon to be BRI-linked Italy.

Yet that’s already a done deal – as I detailed in the case of Italy.

Beijing is accomplishing, little by little, something that is unbearable for the Beltway; extending its influence not only inside the EU but inside the NATO space.

The US Deep State may have lumped BRI – along with Made in China 2025 and Huawei’s 5G – as part of an “existential threat”; but that’s not the case for most EU latitudes, from Greece and Portugal to German industrialists and the new Lega/Five Stars administration in Rome.

Brussels very well knows that Washington will punish any “ally” who gets too close to Beijing. It’s never enough to be reminded that the list of economic “threats” to the US features, in that order, China, Russia and Germany. And Italy is now caught in the crossfire – because it is committed to good economic relations with both China and Russia.

Rome has already sent a clear message to Brussels; beyond any EU common “resolve” facing China, what matters is the Italian national economic interest in, for instance, linking the ports of Venice, Trieste and Genoa to the New Silk Road. Alarmed Atlanticists are essentially warning that Italians cannot cross a red line; they need to ask permission to act independently. That’s not going to happen – whatever the EC decides to “recommend.”

0 thoughts on “EU dilemma: how to deal with China”