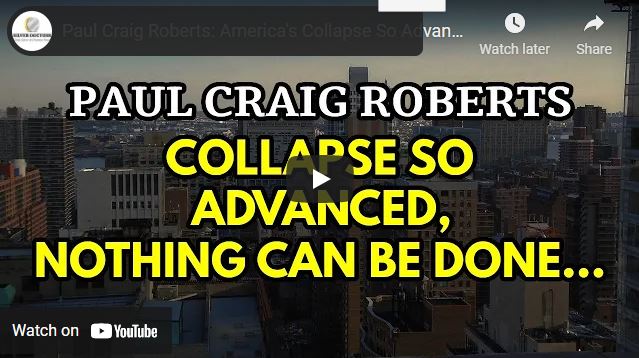 Dr. Paul Craig Roberts of the Institute for Political Economy interviewed by Paul “Half Dollar” Eberhart

Former Assistant Secretary of the Treasury for Economic Policy Dr. Paul Craig Roberts joined Paul “Half Dollar” Eberhart on Silver Doctors on Tuesday, May 18, 2021, for a robust discussion on several current events, including:

If you found this video useful, help us out in the fight for sound money by smashing that thumbs-up button, subscribing to our channel, and clicking the bell notification icon to be notified when new videos drop.