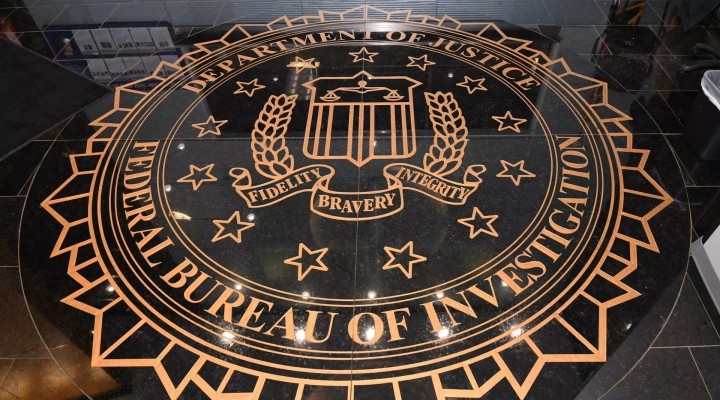 An affidavit that sought a search warrant on former President Donald Trump’s Mar-a-Lago home is expected to be unsealed with redactions this week. Meanwhile, international observers have branded the US as a “banana republic” following the FBI’s unprecedented raid on the former president’s estate.

The FBI’s Mar-a-Lago raid reeks of “a bold open coup to establish a one-party state” with the Democratic-led federal government weaponizing the Justice Department, according to Dr. Paul Craig Roberts, US economist, ex-assistant secretary of the treasury under Ronald Reagan and former member of the Cold War Committee on the Present Danger.

“The current fake news about Trump stealing national security documents is the fifth attempt of the Democrats to indict Trump,” the former Reagan official says. “First there was Russiagate, then two impeachment attempts, then the Jan. 6 Insurrection, now the alleged stolen national security documents. What is afoot is a Nazi-style putsch. The media supports the putsch.”

Expelling Trump from the US political arena – as he is reportedly preparing to announce his 2024 bid – could dramatically weaken the GOP and send a sinister message to the Democratic Party’s opponents that the incumbent administration will stop at nothing to maintain power, Dr. Roberts suggests.

“Trump is regarded by the white working class as a leader who stands for them against the corrupt ruling globalist oligarchy,” says the American economist. “If the Democrats using their FBI Gestapo succeed in ruining Trump, not only is the bulk of the American population deprived of a leader, but also they will be demoralized by the impossibility of regaining any influence over their fate. Alternatively, Trump supporters could rise up in anger, but the Democrats are counting on demoralization and hopelessness to afflict Trump supporters.”

Dr. Roberts cites Fox News host Tucker Carlson, who suggested last Friday that Trump’s raid is just part of the US establishment’s broader plan to suppress and intimidate the political opposition, starting with January Sixers and MAGA Americans and ending with Trump lawyers, aides and the former president himself. The unfolding purge has all the hallmarks of a dictatorship, according to Carlson.

“The Democrats are after Republicans in general,” observes the former US official. “Republican US Senator Lindsey Graham has been subpoenaed by a lowly county Democrat district attorney in the state of Georgia and ordered to appear by a Democrat federal judge, as has Trump’s lawyer Rudy Giuliani. There is no legal basis for these orders, which rest merely on the exercise of arbitrary power. Republicans who expressed the view that there were election irregularities and provided evidence to that effect are being investigated for ‘spreading misinformation,’ which is being converted without legislation into a punishable crime. According to news reports, some of the election skeptics have suffered financial punishments; others might face indictments.”

The FBI’s raid has triggered a firestorm of controversy, with the former president and legal observers arguing that there was no need to break into Trump’s home, given that Team Trump had previously proven to be cooperative with the authorities.

The raid involved a whopping 30 FBI agents and three Justice Department lawyers. What’s more, Trump’s lawyers were not allowed to observe the search, with federal agents also demanding that Mar-a-Lago’s security cameras be switched off while they carried it out, as Paul du Quenoy, president of Palm Beach Freedom Institute summarized in his op-ed for American Greatness.

Yet another “red flag” is the “sweeping” language of the search warrant, which authorized FBI agents to take all sorts of materials from the former president’s home. As a result, not only client-attorney and executive privilege documents were reportedly seized by the FBI, but also Trump’s three passports (which were later returned to the ex-president) and clemency grant for his longtime adviser Roger Stone. The unusually wide scope of the search prompted some conservative observers, including Judicial Watch President Tom Fitton, to argue that the raid was nothing but a fishing expedition aimed at getting virtually anything that could potentially help frame the former president.

“The FBI invasion of President Trump’s home was more than a fishing expedition,” says Dr. Roberts. “It was a propaganda exercise to create the image among the public of Trump as a felon. The FBI’s seizure of Trump’s passport hardened this image by suggesting that Trump was about to flee justice. The FBI can easily plant ‘evidence’ among the seized documents and indict Trump on the basis of planted evidence.”

Even though a US federal judge ruled to unseal the FBI’s affidavit for getting a search warrant on Donald Trump, it may not help the former president, just the contrary, some legal observers say. According to Alan Dershowitz, Harvard Law professor emeritus, Department of Justice lawyers will most likely “cherry-pick” what they want to be redacted when disclosing an affidavit.

Dr. Roberts asked why the evidence is redacted. “Redacting the reason for a warrant is impermissible as it obscures the reason for the warrant. The only reason to redact is to hide the fact that the FBI had no justifiable cause. Moreover, as the warrant was kept secret and is only partly released, we can have no confidence in a corrupt Department of Justice that they are not substituting an entirely different warrant written after they have planted ‘evidence’ in the seized boxes. The FBI and Department of Justice have proved with Russiagate and the fake ‘January 6 Insurrection’ that they are devoid of integrity.”

The former Reagan administration official thinks that Trump will not be “permitted” to run for president again by the Democratic establishment and its RINO supporters.

“Democrat attorneys general, FBI and CIA officials, and federal and state prosecutors have committed far too many crimes to allow someone to gain office that would attempt to hold them accountable,” Dr. Roberts believes.

Still, he does not agree with those who say that the Democratic establishment’s major goal is to disrupt Trump’s 2024 presidential bid in the first place. According to the economist, at this time, the Democrats are focused on this November’s congressional elections, as they have a lot to lose.

“Opinion polls indicate a Democrat wipeout,” Dr. Roberts says. “If Republicans become the majority in the House and Senate, not even anti-Trump Republicans, such as the current Senate Minority Leader Mitch McConnell, would be able to prevent Republicans from investigating the corrupt Democrats, who have been trying to frame Trump for six years and who have railroaded many innocent Americans to prison. The Democrats cannot tolerate such a risk. They must prevent a Republican win this year. Trying to create a picture of Republicans as criminals or as allied with the criminal Trump is part of their strategy.”

The former official offered a potential scenario under which the Democrats could indict Trump on some national security charge and create the image of Russian interference in the November elections or a “white supremacy” plot to steal the election. “Once the presstitutes have this message in play, Washington will announce a Federal takeover of the election monitoring and in this way the Democrats will steal the November election,” he suggests.

“The repressive measures are ongoing to the point that critics are silenced both in social media and in print and TV media, which lend their voices to the repression,” he says, adding that if the Dems manage to control the outcome of the 2022 midterms, “there will be a one-party state by 2024.”

Meanwhile, international observers, including the Chinese daily Global Times and British conservative media outlet The Spectator, said in the wake of the FBI’s unprecedented raid on the former president that the US has degraded into a “banana republic” and “Third World dictatorship.”

“[The FBI’s] raid looks a lot like what Trump says it is – an act of political intimidation you might expect from a tinpot dictatorship in the developing world,” writes Freddy Gray, deputy editor of The Spectator, describing US politics as a “horror story.”

Unfortunately, it appears the US has already morphed into a one-party dictatorship “considering the uniformity of opinion against Trump supporters and white Americans in general among the media, security agencies, corporations, universities, celebrities, liberals, and Democrats,” says Dr. Roberts.

“The Democrats are merely formalizing what already exists,” he adds.

Whistleblower Journalist: Trump Should Be Prosecuted But Espionage Act Should Be Abolished

Will the United States Exist After November?

The American Gestapo a.k.a. FBI