HOME / WORLD / Why the Nashville explosion is confounding terrorism experts

Why the Nashville explosion is confounding terrorism experts 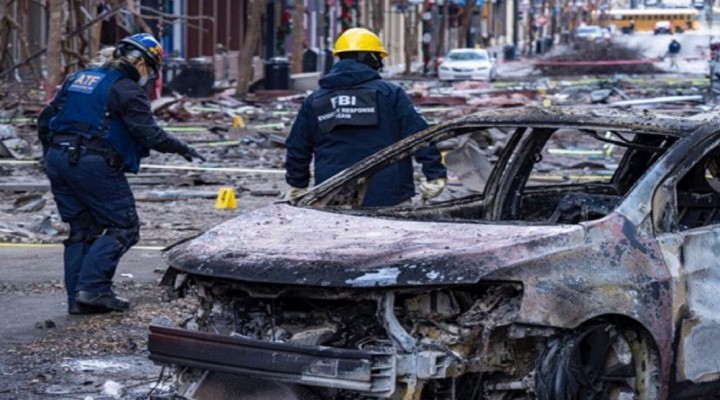 Max Abrahms and Joseph Mroszczyk, Opinion contributors– The Christmas Day explosion in Nashville, Tennessee, is puzzling even for terrorism commentators and scholars. It employed many familiar features of terrorist attacks in modern history, but the particular combination was unprecedented, raising interesting questions about the motive of the perpetrator and the very definition of terrorism itself.

The facts of the case generate more questions than answers. The incident began when a bomb-laden recreational vehicle in downtown Nashville broadcast a loud message warning bystanders to evacuate the area. This warning and the fact that the bomb detonated at 6:30 a.m. spared countless lives. Anthony Quinn Warner, 63, is identified as the lone person responsible for the bombing. He died in the blast without leaving behind a manifesto or any other clear signpost of his motive.

This attack was weird for at least four reasons. While many attacks have employed one of these traits, it is odd to see all four in the same violent incident.

This bombing in comparison to other types of terrorism

First, Warner clearly sought to minimize casualties, especially against civilians. His announcement attracted law enforcement to the vehicle but encouraged them to evacuate city dwellers, minimizing the human toll.

This is hardly a novel approach. Numerous empirical studies find that sparing civilians is strategic behavior that helps perpetrators to win over public opinion and pressure governments into making political concessions. Although some militant groups such as the Armed Islamic Group of Algeria in the 1990s and, more recently, the Islamic State, have sought to maximize bloodshed, many others throughout history have tried to limit the human costs by issuing warnings and detonating devices at off-peak hours — such as the Zionist group known as the Irgun, the Irish Republican Army, the Basque separatists of ETA, and the African National Congress that fought to overturn South African apartheid.

Second, the Nashville attack involved the suicide of the perpetrator. Although killing oneself to harm others may seem irrational, suicide attacks are strategic behavior if the goal is to maximize victims. Indeed, studies find that suicide terrorist attacks tend to kill more people because operatives can optimally position themselves at the precise moment and venue to maximize carnage. This advantage is one reason why jihadist groups like ISIS, al-Qaida, al-Shabab and Boko Haram continue to use this tactic to deadly effect around the world.

The tactic is uncommonly employed, however, by those like Warner who are trying to minimize human suffering. And presumably, he could have detonated the device remotely without taking his life in the attack. Warner might have killed himself not to increase the victims but to end his own life, as some prior scholarship has suggested of suicide attackers.

Third, the attack involved a vehicle-borne improvised explosive device (VBIED), which is another tactic increasingly associated with jihadist groups. As with suicide tactics, this mode of attack tends to appeal to those intent on maximizing bloodshed against soft targets or penetrating a security perimeter, because vehicles can carry a larger explosive device than a backpack or a suicide vest.

Last December, for example, a truck laden with explosives detonated at a busy intersection in Mogadishu, Somalia, killing over 80 people. In August, ISIS assailants used a VBIED to breach the security checkpoint and storm a prison in eastern Afghanistan. VBIEDs can be an effective terrorist tactic under such circumstances, but it remains unclear why Warner would go this route if his intent was to contain the explosion.

Warner did not leave behind any reason for his bombing

Fourth, Warner has apparently not left behind any manifesto or other clear evidence of his motive. Scholars tend to understand terrorism as a communication strategy to amplify the grievances of the perpetrator. For this reason, manifestos are common, particularly from so-called lone wolf terrorists and mass shooters who do not have a larger organization with official channels to broadcast their grievances.

In 2010, Andrew Joseph Stack flew his small plane into an IRS office building in Austin, Texas, killing himself and one IRS employee in a suicide attack. Police investigated an online manifesto, signed “Joe Stack,” in which the writer took responsibility for the attack and offered insights into his anti-government motive.

On the verge of his capture following the 2013 Boston Marathon bombing, Dzhokhar Tsarnaev sketched out the reasons for his attack while hiding from police in a boat parked in a nearby yard.

If an attack is meant to convey a message, then the message must be clear. Warner’s message remains unclear, though, so authorities are looking at “any and all possible motives” for the attack, including paranoia associated with 5G technology.

Taken collectively, these attack traits are puzzling. The attack does not fit neatly into existing theories of terrorism. It is possible Warner was simply suffering from some sort of psychological impairment and operating outside the bounds of what might be considered “rational” extremism. Undoubtedly, more evidence will emerge in the coming weeks offering some answers, but for now many terrorism analysts are left scratching their heads.

The Nashville Bombing vs. The Oklahoma City Bombing

0 thoughts on “Why the Nashville explosion is confounding terrorism experts”