HOME / WORLD / Experts: Syrian Minorities Are Under Threat But Salvation Is In The Making 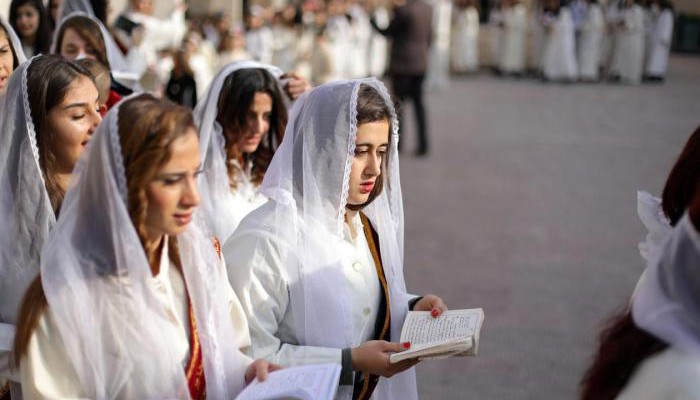 SMMSyria- ISIS terror group infamous for being extremely cruel in persecution of religious and ethnic minorities have been brought to the brink of an utter defeat in Syria. However, most of these minorities continue to face serious challenges.

Syria’s North witnessed yet another escalation of violence after Turkey and its proxies from the Syrian National Army launched Peace Spring military operation to establish a so-called “safe zone” along the Syria-Turkey border.

About 40,000 Christians and 20,000 Armenians inhabit this area. These people could now face a real threat of extinction, an opinion shared both by members of local communities and experts.

Homer’s concern was amplified by NBC News Producer Mahmoud Sheikh Ibrahim who has years of experience in monitoring Syrian conflict on the ground. “Turkish-backed jihadists are the worst ever, even worse than ISIS, because they are totally out law gangsters who take care of revenge and looting. From their point of view, all none Muslim Sunnis are atheists [who] should be killed, their properties taken as spills of war and women as slaves,” – Mahmoud said to SMM Syria.

Lebanese journalist Marwa Osman joined Homer and Sheikh Ibrahim in expressing  concern over the fate of the Syrian minorities. According to Osman these vulnerable communities were supposed to be under “protection” of Kurds, but when Kurdish units engaged Turkish forces in battle, Christians and other minorities were left without support.” “Will Western nations stand up and protect Christians and other minorities like they cried a river over Kurds? Of course not. Because the main reason for protecting Kurds was to get a foothold to Syrian oil fields,” – she said.

At the same time Osman suggested that the Syrian army backed by the Russian forces would be able to protect minority groups in the region. “I believe the Russian-Turkish deal would eventually make way for the Syrian Arab Army to take over the so-called “safe zone” to protect all minorities, but until then all these minorities are at risk due to the presence of their old nemesis,” – she concluded.

0 thoughts on “Experts: Syrian Minorities Are Under Threat But Salvation Is In The Making”