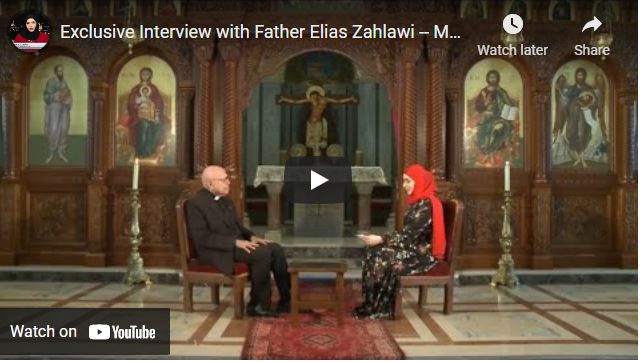 Love and beauty in times of war.
Prayer, friendship, priesthood, and the church in times of adversity.
Syria, its role and future…and the horizon of faith in a contemporary world governed by the Empire and its tools.

Father Elias Zahlawi, a catholic priest of the Church of Our Lady of Damascus, speaks to us about the initiation of Zionism in our region and its plans to ruin the east as per his many published books; namely “War and Peace in Syria” which he published in 2020.

We will touch upon Father Zahlawi’s positive stances on Hezbollah for instance, which raised a lot of western eyebrows. The same west that allowed and facilitated the brutal attack of Syria and is still actively occupying Syrian land and looting Syria’s natural resources.

A special thanks to Father Zahlawi for this opportunity to allow us to tell the story of Syria’s Christianity to the world.

Father Zahlawi, the dignified priest whom the demons of this earth could not seduce. During tough times, he brought delight to the hearts of people around him with his “JOY Choir”. His beloved country’s pain made him insist on exposing colonialism, Zionism and terrorism, while standing firm beside both Muslims and Christians who defended Syria and would sacrifice their own to defend Palestine.

Does Israel Permit Freedom of Worship?