Why the US and China are on a collision course 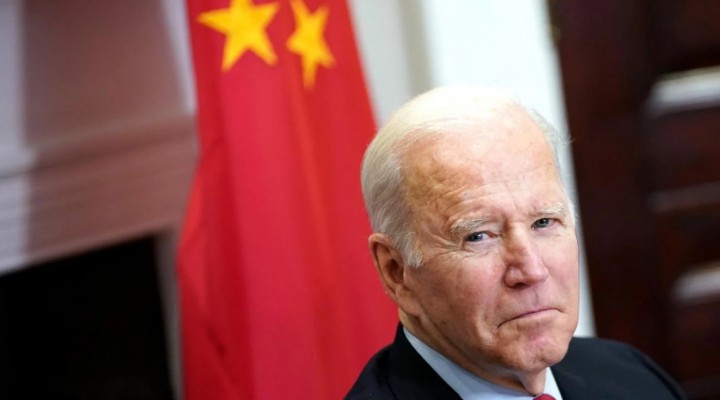 There is a mutual lack of trust between the two nations, which seem trapped in a dangerous zero-sum game

As the war in Ukraine continues and US–Russia relations go from bad to worse, the American relationship with China is also radically changing. Decades of bipartisan consensus in Washington about engaging Beijing are now under attack, as a different policy emerges.

The notion introduced by the Clinton administration – that holding China in an ever-tighter economic embrace with global capitalism would change the way the country is governed – is now dismissed as delusional. The American assumption that a capitalist China would have liberalised its political system was misplaced; Washington’s aim to remake the country has failed. A different, more assertive policy towards the country is now widely advocated.

Even before assessing whether Washington is right to change its position on China, it is worth noting that former President Bill Clinton’s assumption was both arrogant and naive, speaking volumes about how easily US foreign policy can threaten global stability.

Disenchantment with China was already growing under the Obama administration, whose pivot-to-Asia policy was essentially aimed at containing China’s rise. Beijing’s leadership never gave US assurances to the contrary.

The global financial crisis of 2008 gave China the crucial role of being the world’s primary economic engine; it was thus deemed unwise to antagonise it unnecessarily. China had not only accumulated a huge trade surplus with the US, but it was also (and still is) one of the main holders of US Treasury bonds. While the two economies were becoming more and more interdependent, China’s ambitions were growing alongside its impressive economic and technological performance – a prospect that has become increasingly unacceptable to the US.

Still, former President Barack Obama remained confident that China could be bullied into accepting US leadership (or hegemony, according to Beijing’s perspective) in the Asia-Pacific region.

But US policy changed radically with the arrival of Donald Trump in the White House. The new president had campaigned on the claim that US policy had been a failure, and that China was taking advantage of the US. His first claim was correct; his second wrong.

The new US Indo-Pacific strategy was initially outlined by a now-declassified paper drafted by Matthew Pottinger, who later became Trump’s deputy national security adviser and his point man on China. The document was a blueprint “to maintain US strategic primacy in the Indo-Pacific region and promote a liberal economic order while preventing China from establishing new, illiberal spheres of influence”.

It was based on a series of assumptions, namely that “US security and prosperity depend on free and open access to the Indo-Pacific region, which will remain an engine of US, regional, and global growth”, and that “strategic competition between the United States and China will persist, owing to the divergent nature and goals of our political and economic systems. China will circumvent international rules and norms to gain an advantage.”

Other assumptions centred on China’s alleged intentions “to dominate cutting-edge technologies, including artificial intelligence and bio-genetics, and harness them in the service of authoritarianism. Chinese dominance in these technologies would pose profound challenges to free societies.” The document also warned that China was ready to “take increasingly assertive steps to compel unification with Taiwan”.

The paper determined that US policy towards China had to be crafted in such a way as to preserve American competitiveness and to counter “predatory economic practices that freeze out foreign competition … and abet the Chinese Communist Party’s aspiration to dominate the 21st century economy”. It further called to “build an international consensus that China’s industrial policies and unfair trading practices are damaging the global trading system”.

The basic assumptions of the paper were groundless, and its policy recommendations would put the US and China on a collision course.

Firstly, the notion that China has deliberately taken advantage of the US ignores the fact that much of the trade imbalance was created by US policies.

While the US exhausted itself in endless war in Iraq and Afghanistan, and as its economy was over-financialised through unproductive speculative policies, China was investing massively in research, development and education, quickly bridging the technological gap. In certain sectors, such as 5G and solar power generation, China gained a significant edge. The last war it fought was with Vietnam in 1979.

For decades, US corporations outsourced entire industrial supply chains to China to benefit from its lower production costs and the ability to increase profits. Only a fraction of those profits were reinvested to maintain or improve US competitiveness.

The Trump administration’s massive corporate tax cut approved in early 2017 highlighted the counterproductive nature of the US business model. Only a fraction of the benefits were used for investment or job opportunities; most went towards shareholder dividends and stock buy-backs, further fuelling the US financial bubble.

Furthermore, there is nothing in China’s history that supports the notion that it aims to export its authoritarian model or to dominate the 21st-century economy. Throughout its history, China has repeatedly been invaded; it was compelled to build the Great Wall to defend itself. And Chinese leaders never bought the notion that a liberalised economy should necessarily imply liberalised politics as well.

In a recent interview, Pottinger once again confirmed the naivete of American policy, as he reiterated that Washington was convinced that “through engagement we could change China and reassure China that we are not a threat”. Not even for a moment does he appear to realise that it was the same US ambition to change China that Beijing perceived as its main threat.

The Trump administration claimed to have a clearer vision about China’s real intentions, but its more assertive policy has not served American interests any better. Since August 2019, when the US imposed tariffs on a wide range of Chinese goods, China’s exports to the US have reached $350bn. Ironically, the tariffs have also played a role in soaring inflation inside the US; the Biden administration is now considering revoking them.

A clear thread is woven throughout Pottinger’s paper and all subsequent US strategic documents on China: the US views a rising China as an unacceptable threat to its leadership around the world. There is room for only one hegemon, and a true multilateralism – as advocated by Beijing – is an option Washington will not consider.

The net effect is that, as the US mobilises its Nato allies in isolating Russia, a similar policy is under way towards China, as reflected by the new Strategic Concept adopted at the recent Nato summit in Madrid.

Could such a policy escalate into a major war, as we’ve seen in past historic conflicts? Is there a part of the Washington establishment that is really considering war as the only way to stop China’s rise?

There are too many signals that the world’s top two nations are on a path of dangerous escalation.

US pressure on its European and Asian allies to review their political and economic engagement with China is perceived by the latter as a deliberate attempt to isolate, contain and damage it. At the same time, China’s repressive policies against its Uyghur minority and in Hong Kong, and its assertive moves in the South China Sea and against Taiwan, are seen as evidence of its authoritarianism and its violation of the rules-based world order.

There is a mutual lack of trust between the parties, which seem trapped in a dangerous zero-sum game. Any hopes that the Biden administration, contrary to Trump’s bullish conduct, could place more manageable terms on this complex relationship are fading away. At the same time, President Xi Jinping and the rest of the Chinese leadership are progressively losing faith in the possibility of finding common ground.

The agony of the West

Exile on Main Street: The Sound of the Unipolar World Fading Away

US Outlines Continued Primacy Over Asia at 2022 Shangri-La Dialogue

US & Europe Are Victims Of Their Own Sanctions On Russia & China, w/ Arnaud Bertrand