HOME / Economy / Is Russia Ready to Cut Off Gas Supplies Through Ukraine?

Is Russia Ready to Cut Off Gas Supplies Through Ukraine? 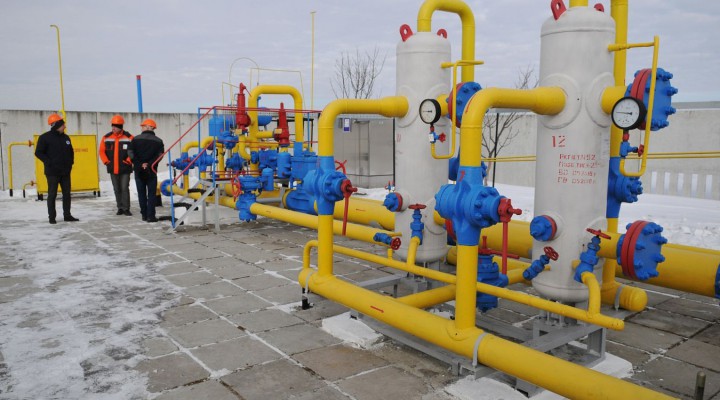 The head of Ukrainian Naftogaz Company, Andrei Kobolev, has recently announced that from January 2020 Russia will stop its delivery of gas to Europe through Ukraine.

Russian gas giant, Gazprom, would be determined to deliver the amount of gas that currently is reaching Europe through Ukraine using alternatively routes, such as the North Stream 2 pipeline, that runs from Russia to Germany through the Baltic Sea (that will add a new annual capability of 55 billions of cubic meters), and the Turkish Stream, that runs from Russia to the European portion of Turkish territory and from there to the heart of Europe through Bulgaria, Serbia and Hungary. In this way, Ukraine would be circumvented, avoiding, from Moscow’s perspective, possible renewed uncertainties on its supplies as occurred a few years ago.

The Russian decision may be related also to the forthcoming Ukraine Presidential election scheduled on March 31st or to a legal dispute between Gazprom and Naftogaz.

Nonetheless, if Russia’s decision should be really implemented, for Ukraine it would mean a yearly financial loss of $ 3 billions, deriving from the royalties perceived for the Russian gas transit on its territory. This will be a serious blow for its economy that is already subject to increasing difficulties. The IMF recent assessment on Ukraine stated that the efforts of Kiev’s Government to “create a more dynamic, open, and competitive economy have fallen short of expectations”. The IMF added that the country’s economy still faces important challenges and the last World Economic Outlook report has reduced the estimates about Ukraine’s economic growth for 2019 from 3.3 % down to 2.7%.

It is not clear yet if the two new pipelines, still under construction, will be ready in time to absorb all the spare gas that will not be delivered anymore through Ukraine. The transit agreements between Russia and Ukraine will expire at the end of this year, therefore, a bridge agreement between the two countries could be necessary. There is also a hypothetical possibility to deliver some Russian gas to Europe through the Trans Adriatic Pipeline (TAP) that will deliver gas to Italy from Azerbaijan through Turkey and Greece through a connection with the Turkish stream.

Moreover, it is also too early to assess if, and eventually how, these developments could affect Russia’s European gas customers. Provided that the current level of supplies will be maintained, European customers should not be particularly concerned; nonetheless, from the political point of view the situation could be quite different. The geopolitical consequences of Russian decision to circumvent Ukraine could be direr; this move more probably will be interpreted by United States and some of its European allies as a further attempt to squeeze Ukraine to force it to come to better terms with its Eastern neighbor.

At the moment, it seems that there is not so much that the United States could do to reply to Russia’s decision. President Trump’s strong pressure notwithstanding, Germany has been adamant in continuing the North Stream 2.

As to the Turkish Stream, the American cards are less limited but equally difficult. Considering the current troubling relationship between Washington and Ankara, it is doubtful that Trump’s pressure will change President’s Erdogan decision to participate to this project; let’s not forget that Turkey is engaged in a complex geopolitical game together with Russia and Iran on Syria centered also on the quite delicate Kurdish question, a priority for Ankara. It is doubtful as well that American, and eventually European, pressures could influence significantly Serbia’s and Hungary’s decisions to allow the transit of the Turkish stream. Why Belgrade and Budapest should accept to do something that Germany has so far refused?

The weak link of the Turkish Stream could be Bulgaria, usually more committed and sensible to Washington’s moral suasion, and, definitely, in much better terms with the European Union than Hungary.

A clearer picture, but not necessarily more predictable, could be available only after the outcome of the Ukrainian Presidential elections, where a complete outsider, the comedian Volodymyr Zelensky – who is leading the polls against the two more seasoned candidates such as Yulia Timoshenko and incumbent Petro Poroshenko – could come out as the new President after the runoff scheduled on April 21st

0 thoughts on “Is Russia Ready to Cut Off Gas Supplies Through Ukraine?”