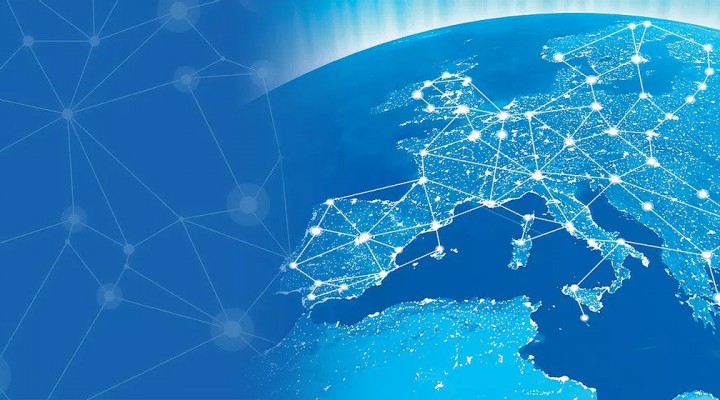 “As the global energy sector is witnessing a fast-paced transition from fossils to renewables, new economic, infrastructural and security challenges are arising.”

How could we ensure more energy in the Mediterranean region?

What are the technological and political challenges of a product diversification that is increasingly moving towards renewables?

How could we improve cooperation among Mediterranean countries in the energy sector?

This is just a fragment of the questions addressed by the NATO Defense College Foundation in its two-day conference entitled Energy strategies: Europe and the Mediterranean: trends and scenarios for a connected energy market. The event was held in Rome on March 24th – 25th 2021, with the special collaboration of the NATO Science for Peace and Security Program, the Policy Center for the New South, the Trans Adriatic Pipeline AG, the Union for the Mediterraneanand the NATO Defense College.

By bringing together experts from the main international organizations and private companies in the sector, Energy Strategies has deepened the evolution of markets and energy security with a specific focus on the Mediterranean basin.

HIKMA had the pleasure of attending the conference and interviewing its special guests in all three sections of the event.

In particular, the first part discussed the main technological issues of a more sustainable production diversification, followed by a focus on the emerging challenges and required adaptations in terms of energy security, with a final section dedicated to the infrastructures and regulations necessary for the creation of a more integrated Euro-Mediterranean market.

As mentioned during the conference, the energy sector is not just about technology but it’s also about politics, big power politics and regional powers. It is a multifaceted sector whose strategies inevitably have global implications.

Marco Carnelos has cleverly guided us through potential partnership frameworks and desirable approaches that could foster a more integrated cooperation among Mediterranean countries in the energy sector, with a particular focus on the African continent and renewables.

How could the EU cooperation in the Mediterranean be improved in renewable energy field? Would you consider a bottom-up approach as a more feasible and efficient alternative than a top-down approach to foster more projects in the area? Would it possible to combine the two approaches?

“The usual mistake we do is to consider bottom-up and top-down approaches as alternative. In general, but especially for the southern shore of the Mediterranean, a fine-tuning and correct synergy and synchronicity between the two could be the best solution. They could ensure the necessary political framework to make any proposed cooperation really effective and sustainable, and, at the same time, assist pragmatically each country from the technical point of view safeguarding anyway their ownership in any process and project. Such approach would imply a long term and deep commitment from the EU, as well as the necessary reforms and good governance in the recipient countries. In other words, combining the two approaches should not be viewed as possible, it should be made compulsory”.

Could NATO be the multilateral platform where Western and Eastern European countries could cooperate in order to commit to enhanced security and innovation in the energy sector?

“NATO is definitely an important actor, but I humbly believe that the EU is better equipped for such duty. NATO is essentially a provider of military security and looking at certain recent unhappy experiences among some of its members it could not be an ideal forum for such cooperation; however, a smart blend of NATO and EU, within their respective peculiarities, could represent a possible alternative worth to be explored”.

Regarding the African countries, which today are still the poorest countries on heart, yet one of the richest ones in terms of energy resources, do you think that most African developing countries will opt for relying on fossil fuels in their developing process, like any other industrialized country has done or will they leapfrog, moving directly towards the renewable sector? Is it possible to imagine such a leapfrog, if so, what African country could set an example?

“An African leapfrog straight to renewable energies would be fantastic but I doubt African countries own the financial resources and the know-how to pursue such path. The assistance of industrialised countries would be crucial, but it would require so massive investments that it could be quite difficult to contemplate them now, in what, I hope, is going to be soon a post-Covid-19 recovery moment, where other priorities might impose. Maybe some distinctions could be operated and begin the leapfrog approach in those countries which have no fossil fuels at all, while elaborating a transition strategy for the ones which have already developed, to a certain extent, an oil and gas industry. However, we are in a very slippery slope here. Western industrialised countries have had a huge economic development and have ignored for decades carbon emissions, in approaching the African countries we should be very careful in not fuelling the feeling that a double standard against them is at play on this issue. It would backfire”.

China is massively investing in the African continent. In the energy sector, it has exploited the need for industrialization of African countries such as Kenya, by exporting its surplus of coal and coal-related equipment, in an effort to comply on one hand, with the Paris Agreement targets, while at the same time, undermining the global effort to phase out coal. In your opinion, how could the European countries represent a more sustainable, attractive partnership option for these African countries?

“I believe that the issue should not be framed as either Europe or China, but look for possible cooperation between these two relevant actors for the sake of the same African countries wherever it will be possible. However, an historical perspective should always be maintained. It sounds odd mentioning China exploiting African countries’ need for industrialization when Europe has intensively, and often brutally, exploited the same continent for more than a century. We Europeans tend to erase quickly our past behaviours, but Africans keep their memories. So far, China’s cooperation with Africa, although debatable under many viewpoints, is placing far less conditionalities than Europe’s one and is far from our – negative – historical records. We must definitely move forward, an improved EU-China dialogue, also extended to Africa, should be explored”.