HOME / Economy / Ukraine And The Hypocrisy Of Global Moneylenders

Ukraine And The Hypocrisy Of Global Moneylenders 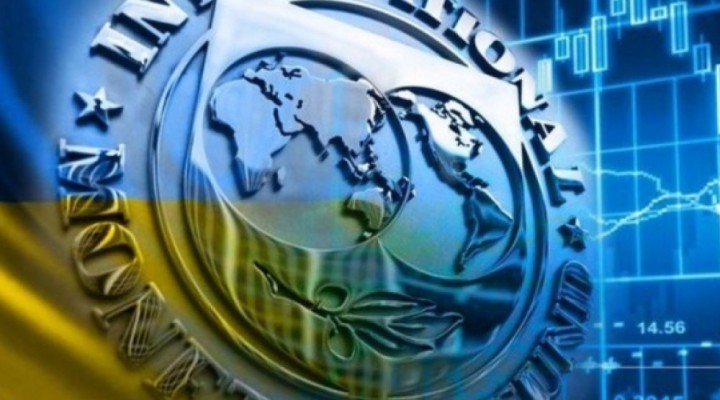 The IMF has its own strategy for such cases called “fragile and conflict-affected states”. It was issued in March 2022 and will be implemented until 2025.

The summary states that “Supporting fragile and conflict-affected states (FCS) is an important priority for the international policy agenda. FCS are home to nearly 1 billion people facing a variety of challenges: from low-capacity institutions and the limited provision of public goods, to extreme poverty, forced displacement, and war. Fragility and conflict are also linked to trends such as climate change, food insecurity, and gender disparities. The economic impact of the COVID-19 pandemic has been most severe in FCS, where per capita incomes are estimated to recover to 2019 levels only after 2024. The implications of fragility and conflict are thus macro–critical and directly relevant to the IMF’s mandate. IMF engagement, instruments, and policy advice to the specific manifestations of instability and conflict”.

Overall, there is nothing new, the new strategy just defines how the IMF will work with development matters, humanitarian activity, peace and security issues on the basis of their respective mandates. Cooperation with the World Bank will also be strengthened.

The strategy highlights that 42 countries belong to the FCS list which is about 20 percent of IMF members.

The strategy was developed by a team of experts led by Franck Bosquet, before joining the IMF, he was the Senior Director of the World Bank’s Fragility, Conflict, & Violence (FCV) Group. He is also a regular participant of the World Economic Forum.

The Strategy outlines how capacity and productivity should improve in the fragile and conflict-affected states. It includes modernization of the taxation system and customs duties, restructuring the government, anti-corruption laws, management of debt-based assets, control of the Central Bank, supervisory functions of regulatory bodies, the fight against money laundering, and a focus on macroeconomic statistics.

This is also nothing new here – the World Bank Group used almost the same methods in the 1990s as programs for restructuring the economies of developing countries.

Incidentally, independent think tanks have previously criticized the work of the World Bank’s Conflict Group. It has been said that a key problem with the Bank’s analysis – and even that of the United Nations on the topic of conflict and instability – is the lack of reflection on the impact and consequences of neoliberal economic policies on these very factors of conflict and instability. For it is the negative effects of the World Bank’s neoliberal practices, including increasing inequality and poverty as well as declining human development indicators, that are increasingly causing uprisings in many parts of the world.

The questions to what extent such efforts will really change the asymmetries of power held by multinationals vis-à-vis vulnerable communities and weak governments are also remain to be answered. How will factors of economic instability, such as macroeconomic shocks, inequality and unemployment, be addressed? How will the Bank transform its own orthodox development theory and economic policy directives based on financial incentives to make the necessary changes into the structures, institutions, and behavior in fragile and conflict-affected states?

But perhaps the most interesting question will be about Ukraine – how will the World Bank and the IMF conduct their policies toward that country where there are hundreds of thousands of refugees, tens of thousands killed, and destroyed infrastructure. If it is not a conflict-affected state, then what is it?

But officially, neither the World Bank nor the IMF has qualified Ukraine as a fragile and conflict-affected state, not since the start of the conflict in the Donbass in 2014, nor even now. Nevertheless, in early March 2022, the Bank approved an additional $489 million loan to Ukraine and created a multi-donor trust fund to coordinate resources from other countries. A week later, the Bank gave Ukraine another $200 million in funding as it publicly pledged to help put together a $3 billion support package for Ukraine in the coming months.

The fact is that the technical designation of a “conflict-affected state”, as defined by the Bank, is very important. Ukraine, on the other hand, is classified by the World Bank as a middle-income country, and as such can only borrow from the Bank’s lending arm in this area, the International Bank for Reconstruction and Development (IBRD), rather than the concessional lending arm, the International Development Association (IDA). If Ukraine had been included on the Bank’s FCS list, it could have had access to either more flexible financing with favorable maturities as an “IBRD country” (as Ukraine would have moved from “Group B” to “Group A” under IBRD eligibility) or would have been reclassified as an IDA country and given preferential lending and debt relief that directly relate to Ukraine’s current needs.

However, the classification of Ukraine as an IDA country (“low-income country”) may indicate a lack of creditworthiness of international investors and creditors and discourage foreign investment. However, in order to maintain “investor confidence”, the Ukrainian government must also follow the necessary classification, so it is working hard to maintain its current status.

According to Eliot Dolin-Evans of Monash University, Australia, “The main problem with reclassifying Ukraine as a country ‘in conflict’ is that it would be very problematic for international financial institutions and creditors, since Ukraine is one of the largest borrowers of IMF and World Bank money, and the country has huge debt obligations to countries and external creditors around the world. A proper classification of Ukraine could mean that creditors, the IMF and the World Bank would waive interest and fees on loans extended to the country, with the requirement for debt forgiveness becoming much stronger if Ukraine is a fragile and conflict-affected state. The IMF and international creditors, largely organized around the Paris Club, take into consideration the World Bank classifications, and they too would need to consider Ukraine for debt forgiveness or concessional lending if the Bank were to classify Ukraine as a fragile and conflict-affected state.”

That is, the World Bank simply turns a blind eye to the existing humanitarian disaster, because it is interested in market usurious schemes, including the repayment of debts with accrued interest. The same recent loan was granted on the condition that the Ukrainian government “would recommit to resume reforms after the war ends”. So it is likely that most financial institutions will continue to lend to Ukraine with funds that have at least a market interest rate and appropriate terms which could burden the country with even more unsustainable debt.

Ukraine And The Hypocrisy Of Global Moneylenders

0 thoughts on “Ukraine And The Hypocrisy Of Global Moneylenders”