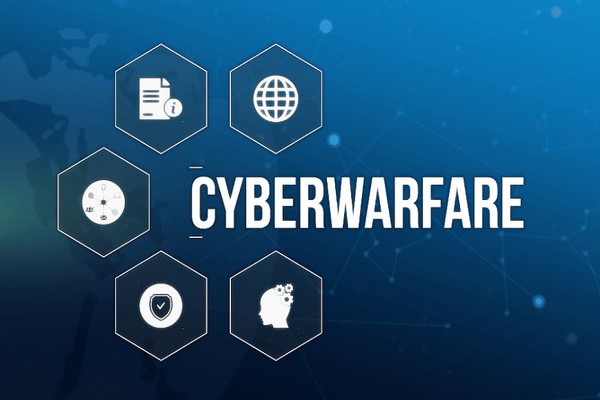 In his recent interview with the Japanese TV channel TBS President of Belarus Alexander Lukashenko said that cyberweapons are more dangerous than nuclear weapons. He explained that such weapons are difficult to detect and “we are not ready to be afraid of cybercrime and cyberweapons”. There is logic in his words. If we view computer science as the science of feedback and human-machine interaction, then nuclear weapons are also part of cyber assets, although we are used to thinking of “cyber” only as the Internet and current control and communication applications tied to technological gadgets.

Nuclear weapons have served as a deterrence strategy for decades and were used only twice by the U.S. in 1945 against civilians in Japanese cities. Cyberweapons, since their emergence in the form of malware, have come to be used as a covert means of war, although their effect is mainly material and financial damage.

Basically, “cyber” is a broad concept, phenomenon and sphere of activity. From social media to providing command and control on the battlefield, all this is “cyber”. The intense military stage of war inevitably includes techniques of manipulation via the Internet, but even in the absence of combat the invisible confrontation does not stop. Hacking attacks on government infrastructure, hacking into computer systems to steal and distribute data, distributing various content which is a part of information and psychological operations – all these elements of cyber warfare are constantly used in the confrontation between countries.

The Ukrainian crisis is no exception. Elon Musk’s Starlink systems are used in Ukraine for preliminary reconnaissance and targeting. Various platforms spread calls for violence and raise funds. There are cases of hybrid use of the Internet. On March 14, Ukrainian forces fired a Tochka-U ballistic missile at Donetsk. Twenty people were killed and another 30 were wounded, all of them civilians, including children. The day before, an appeal to the residents of Donetsk on behalf of the Committee of the Mothers of Donbas to go to a rally on the central square at 12 noon had appeared on social networks. It was at this time that the incident occurred in the center of the city. “The Committee of the Mothers of Donbas” is a fake structure created by the Ukrainian security service to carry out provocations.

Hacker collectives from different countries have divided their positions – some of them are attacking Russian government websites, while others are doing the same for Ukraine. Often, it is society, not the state that suffers from such attacks. On March 22, it became known that Russia’s largest agricultural holding, Miratorg, had been attacked by a crypto malware. According to the specialists dealing with the problem, the process of data recovery is difficult because of the labor required for finding a cipher for the Trojan itself and the affected files.

The U.S., meanwhile, is using the conflict for its own purposes, including cyber security. On March 21, the White House released a statement saying that Russia could launch cyber attacks on U.S. territory, so we need to “speed our work to strengthen domestic cyber security and national resilience”. According to Biden, “Russia could engage in malicious cyber activity against the United States, including in response to the unprecedented economic sanctions we have imposed on it along with our allies and partners. This is one of the Russia’s strategy elements. Today, my administration is repeating these warnings based on intelligence that the Russian government is exploring possible cyber attack options”. All of this was said without any evidence.

As the conflict exacerbates political reality, its participants are forced to reconsider many provisions they previously took for granted. On Monday, March 21, the Tverskoi Court in Moscow ruled that Facebook and Instagram, software applications of Meta Platforms, are extremist. Their activities are now completely banned in Russia. In fact, Meta is forbidden to open branches and conduct commercial activities in Russia, as these activities are directed against the country, its citizens and the armed forces.

Previously, a large amount of content was spread on Facebook calling for the killing of Russians, with the initiative coming from the corporate management. Both networks were blocked in Russia in early March. Instagram ignored more than 4,500 demands to remove fakes about special operations of Russian troops in Ukraine and calls for non-authorized rallies. Now the court has put an end to the matter. Meta’s representative in court tried to justify that Russian users rely on Facebook and Instagram as communication platforms. She also stressed that the information that caused the claims of the authorities is a negligible part of the total flow of information and the company has already paid fines for violations. And blocking would result in the loss of access to a huge amount of “non-controversial information”. But given that citizens and organizations won’t be prosecuted for extremism for using Facebook and Instagram, that access is practically preserved. The only question is the use of VPN servers to bypass the blocking. It is unlikely, of course that most citizens who have Facebook and Instagram accounts will take such action.

The important thing is that Meta loses the opportunity to make money from Russian citizens. Ordering advertising on both social networks or trading in Meta shares can qualify as financing extremist activity – this is criminal liability. In addition, any public display of symbols – on the website, on the doors of stores and cafes, on the car, in social networks, on posters and business cards – will be grounds for administrative liability up to 15 days of arrest.

However, there are still other organizations in Russia that pose security risks and distribute extremist content (or remove Russian content). Alphabet-owned Google said it has blocked access to Russian state media worldwide and removed content about Russia’s actions in Ukraine that violates its policies. Google removed 1,000 channels and more than 15,000 videos from YouTube. Apple has also followed this suit and blocked direct traffic and incident reports related to Ukraine in cooperation with local authorities. In a similar move, Apple has also blocked access to state-run media apps, such as RT News and Sputnik, in all AppStore regions outside of Russia. Apple has also suspended product sales and stopped exporting to its Russian channel.

It is highly likely that YouTube will be the next platform to be blocked in Russia. Many experts also believe that monitoring of other, smaller apps and social networks, as well as various Western media outlets that spread fakes about Russia, is necessary – all of which should be blocked and/or banned in Russia.

Certainly, these bans should be esteemed as an important and long-delayed measure to restore Russia’s informational sovereignty. The experience of the social networks VKontakte and Telegram shows that Russia can have its own findings and applications that are not inferior to Western ones. And, most likely, other countries will also follow this suit. Begin with Russia is not the only country where social networks from the U.S. are banned. Facebook and Twitter have been blocked in China since 2009. An alternative to Western networks in China is the multifunctional platform WeChat. The situation with these networks is similar in Iran. Twitter has been banned in North Korea since 2016. There are also no social networks in Turkmenistan. It is likely that other countries will soon take up the lead, limiting the destructive influence exercised by American networks.

But the issue of legal regulation of the Internet as such remains unresolved. Debates about this have been going on for years and so far countries have divided into two camps – one is in favor of a sovereign Internet, and the other is trying to impose a policy of multistakeholderism, where they promote their own companies as important players in the Internet business.

0 thoughts on “Ukraine And Cyberwarfare”