HOME / Economy / The Paralysis Of The WTO

The Paralysis Of The WTO 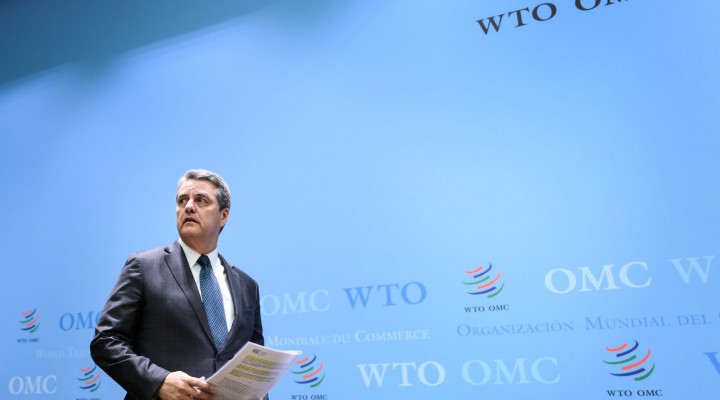 The World Trade Organization (WTO) is one of the leading international bodies responsible for global trade regulation. Along with other fundamental elements of the international system, it was designed by the West and in the interests of the West. Established in Geneva in 1995 and based on the General Agreement on Tariffs and Trade, the organisation was to become one of the foundations of unipolarity and globalisation. In one way or another, however, the nature of the organisation technically implied the admission of new members who also defended their interests within the organisation. Every year, and with the admission of new members, it has been necessary to agree on numerous issues, which has changed the balance, including regulatory procedures.

At the same time, it must be acknowledged that the US has actively used the WTO as a means for advancing its own agenda, particularly when the Democrats had the most influence.

To date, the US has been the most active participant in the system, filing 124 complaints and serving as defendant in 155 cases. And China has become a particular target for US policymakers, who have increasingly used the WTO system to limit the Chinese government’s support for domestic industries, import restrictions, the abuse of intellectual property, and other state-led trade policies. Between 2009 and 2017, under President Barack Obama, the US filed 25 cases with the WTO, more than any other country during this period, and 16 of these were against China. The Obama administration won seven of them, including the ones disputing China’s agricultural and aviation subsidies and steel import duties. Several of the cases are still pending.

Under Donald Trump, the situation has changed dramatically. The US–WTO–China triangle has virtually been destroyed. A report on US trade with China published in January 2018 stated that the WTO is unable to deal with the issue of China’s trade practices. It noted that China has no interest in developing a true market economy and the state’s role in the economy has increased, which is why every bilateral agreement between the US and China has been unsuccessful.

A national security law was passed to deal with tariffs, and further measures were also announced to counteract China’s investment restrictions. In March 2018, these actions were declared to be none other than the death of the WTO and measures against China were described as a trade war, although active efforts to begin ‘hostilities’ were constantly postponed and some of the sanctions were withdrawn by both sides.

It would be wrong to blame Trump alone for such a sad outcome, however, although his position with regard to international trade rules is fairly radical.

The last straw for the WTO was the issue of electing judges to the organisation’s Appellate Body. This actually began during the Obama administration, when, in May 2016, it was decided to veto the reappointment of a South Korean judge to the Appellate Body of the WTO. It was the first time that a country had blocked the procedure for appointing a judge from another country, drawing criticism from many WTO members. Trump continued to veto new appointments and, on 10 December 2019, the Appellate Body was unable to hear appeals because the terms of office of a further two judges had expired and the number of active judges was reduced to one. Seven judges normally serve on the body and a minimum of three is required to review new appeals.

It’s likely that the US will continue this policy in order to prevent any legally binding precedents being created though some regulation or other that would infringe on the interests of the US.

Looking deeper, the German Institute for International and Security Affairs notes that, “A multitude of problems has been building up in the global trade regime over a period of almost three decades. The Trump administration’s open rejection of the regime, culminating in a breakdown of the Dispute Settlement Mechanism (DSM) – unavoidable due to the required lead time of at least three months for new appointments – can also be traced back to these fundamentals. They include reform inertia in times of dynamic globalization and long-standing divisions between developing and developed countries.”

Moreover, experts note that the US had every right to oppose the Appellate Body, but it did not have the right to prevent other WTO members from using the mechanism. The time for rethinking the organisation’s role has passed, however, so it will most likely function for “all minus one”. America’s unilateral actions are unlikely to help, since even US allies are sceptical. Both Canada and the EU have already expressed the need for reform.

The situation seems to be at an impasse. At the same time, the US is entering into a new version of its agreement with Canada and Mexico (USMCA), which is already being referred to as NAFTA 2.0. The White House is also continuing to show a great deal of interest in bilateral trade relations rather than multilateral treaties. This two-level game also reflects Donald Trump’s election campaign strategy and is aimed at gaining a competitive advantage in the face of his voters.

The WTO’s current paralysis, of course, benefits those who support a multipolar world and those who oppose globalisation. Just like NATO, the WTO is a vestige of the Cold War and Western capitalism. Since the globalists themselves have already started talking about the need for internal reform, the lack of criticism and new proposals from nationalists will be a serious omission. At the very least, there needs to be a detailed deconstruction and evaluation of the WTO’s activities throughout its history. After that – proposals for a global alternative.

The next WTO ministerial meeting is set to take place in 2020 in Kazakhstan. This is rather symbolic, since Kazakhstan is a member of the EAEU and is part of China’s One Belt, One Road initiative. Although serious decisions have been reached by consensus at all such meetings in the last couple of years, with some minor exceptions, there is reason to believe that next year’s meeting will conclude with fresh disagreements. Apologists for multipolarity like China and Russia will then be able to make their voices heard and determine the shape of future international trade on more just principles.

The Paralysis Of The WTO

0 thoughts on “The Paralysis Of The WTO”