HOME / Politics / Reality and the Notion of the Just War

Reality and the Notion of the Just War 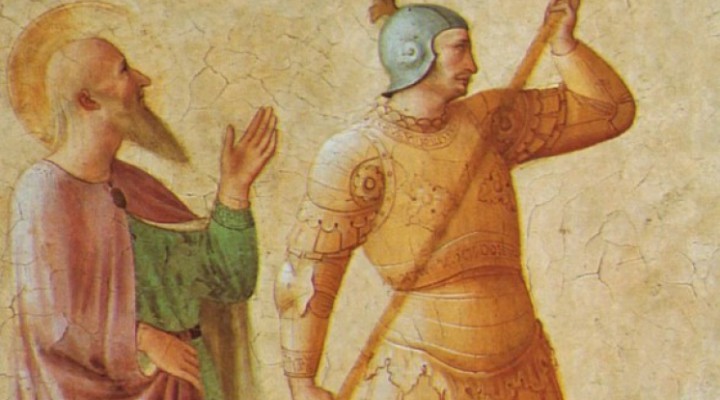 Any conflicts that have been fought between nations and states have always raised the basic question—on whose side is justice? In some cases, such as Nazi Germany’s attack on the Soviet Union, it is quite obvious that justice was on the side of the USSR, although there are still revisionists and falsifiers who try to find fault with the actions of the Soviet Union. But there have been controversial moments in history, where a succession of historical events has made the positions of opposing sides less clear. As well, an important topic has always been—can offensive hostilities be a just war? Or, does it refer only to defensive actions? For example, according to UN documents, only defensive warfare is just, although there are a number of reservations, from peacekeeping forces to special resolutions that essentially give carte blanche to wage war. Such an example is UN Security Council Resolution 1973 of March 17, 2011 on Libya. The document regulated the creation of a no-fly zone, but effectively freed NATO’s hands for strikes on Libyan territory and support for terrorists. In general, the UN has long lost credibility as the organization of last resort in international law, and precedents for this were laid by Western countries (NATO’s aggression against Yugoslavia in 1999 and the occupation of Iraq by US forces in 2003).

In this context, a special military operation in Ukraine is especially relevant, especially because Western politicians constantly try to accuse Russia not only of “aggression” and “global hybrid warfare,” but also often consider the denazification of Ukraine as a prologue to further wars in Europe. Although if one follows US and EU case law, there should be no questions about Russia at all, neither on Crimea, nor on the special military operation launched on February 24, 2022.

Of course, notions of justice may be different in the West and in other parts of the world, just as the values under which the EU now presents a policy of imposing same-sex marriage and similar perversions. Nevertheless, for the subject of justice there is a certain criterion that has universal properties: that of Roman law. The same Hugo Grotius, when he derived the concept of just war, relied primarily on Roman law. But before him, the same views were expressed by Augustine, who appealed to a Christian worldview. However, if the question of just war is considered in a longer historical retrospective, we encounter an older Roman custom, a prototype of ius ad bellum and ius in bello, namely, the fetial law, ius fetiale, which regulated the conduct of wars. According to Cicero, the ius fetiale was a set of religious and legal norms characteristic of the Roman community which regulated relations between Romans and foreigners whom the ancient Quirites (citizens of Rome) regarded as enemies (hostes).

The feudalists were members of a college of twenty patricians charged with applying the ius fetiale, which was the cornerstone of international relations of the period—they were in charge of declaring war, making peace and treaties, as well as of asserting claims and settling such claims. They acted as parliamentarians, going to the other side to demand satisfaction if a treaty had been violated. If they refused, they had the power to declare war. In such a case, the pater patratus (father declared, i.e., head of the college of fetians) would go to the border of the violator’s land and in the presence of witnesses would throw a blood-stained spear on that land, uttering a formula for declaring war. Over time, this practice was transformed. The function of ambassadors was taken over by legates appointed by the Senate. During the Imperial period the role of pater patratus began to be performed by the emperors themselves. According to Pierangelo Catalano the norms and principles of the ius fetiale had legal force also in relation to peoples with whom Rome had no treaty. It was thus a universal practice.

Although the United States tries to position itself as heir to the Roman tradition, both on the aesthetic level (expressed, for example, in the architecture of the Capitol or the symbol of the eagle) and on the legal level (from the format of the Senate to the imitation of imperial traditions), it is clear that in the latter issue we see rather a simulacrum, an imitation of ancient foundations without proper justification with obvious manipulation to the benefit of certain groups. Obviously, without the neoconservatives in power under George W. Bush, there would have been no invasion of Iraq, just as there would have been no invasion of Panama in 1989, had it not been for the political crisis associated with the elections (Washington has since deftly used and even provoked such crises, which have been called “color revolutions”). Earlier, the provocation in the Gulf of Tonkin in 1964 led to the Vietnam War, which the U.S. lost with shame. And the aggression against Iraq in 2003 was based on false justifications. Although the political rhetoric of U.S. leaders was clearly tinged with God’s choice, at least recall Bush’s words that, supposedly, God told him to strike Iraq. The current statements of the U.S. leadership are based more on human rights and deterrence strategy to protect national interests (where Russia, China, DPRK, and Iran are named as adversaries), although the need to preserve the imperial grandeur of the United States and the unconditional right of Washington to determine which actions are acceptable and which are not are implied.

However, Russia has more right to consider itself the heir to the Roman tradition. Regular appeals to Ukraine by the Russian leadership to stop violence against the inhabitants of the Donbass bear the spirit of ius fetiale quite well. And the signing of agreements with the DNR and LNR on February 23, 2022, legitimized the use of military force against Ukraine, just as in ancient Rome assistance was provided to allies against offenders. Although diplomatic relations were severed between Ukraine and Russia on the eve of the special military operation, we know that ius fetiale also applies to parties with whom there were no treaties. Thus, a number of speeches made by Russian President Vladimir Putin in the days before the start of the operation became a metaphorical spear dipped in blood, which pater patratus threw into the territory of Ukraine. As we can see, they were treated without due attention both in Ukraine and in the West, just as the warnings in December 2021 that NATO expansion would be responded to appropriately (Moscow’s proposals to the United States to negotiate the creation of a new European security architecture were ignored). Incidentally, the Moscow-Third Rome formula thus acquires an additional dimension. After all, the ius fetiale is quite applicable to other hostes, which we have now defined as unfriendly countries.

Reality and the Notion of the Just War

0 thoughts on “Reality and the Notion of the Just War”