Estonian Intelligence Has Become A Mouthpiece For Anti-Russian Propaganda 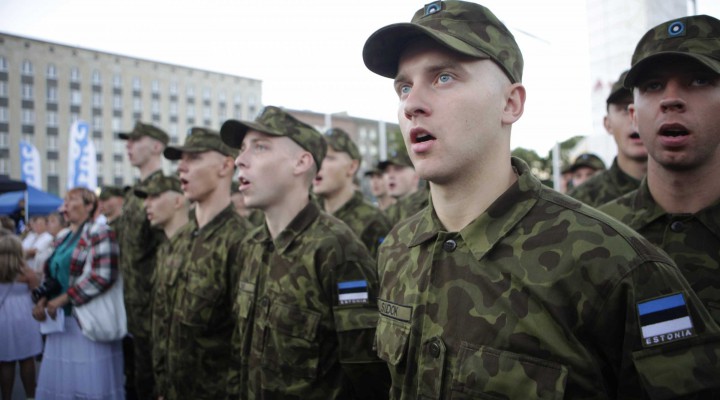 The Estonian Foreign Intelligence Service has published its annual report for 2020. The purpose of the report is to let the general public know about security trends and the threats facing Estonia. However, given that virtually all of the 80-page report is devoted to Russia (or Russia’s interests in relations with other countries), it is safe to say that the document was more likely prepared to continue pushing a negative view of the Russian Federation. The exception is China. Although given less than ten pages, the section on China ends with an overview of Russian–Chinese cooperation. A few pages have also been given over to events in Belarus following the presidential election. The section ends with Russia’s interests in the country.

Estonia has always been a leader in creating such an agenda, be it research and the NATO Cooperative Cyber Defence Centre of Excellence in Tallinn or various specialised media. The absence of any other kinds of threat that are a usual feature in reports like these by Western countries – Islamic terrorism, risks of illegal migration, cyber fraud, man-made disasters and climate change, and domestic political issues such as the activities of radical nationalist and extremist groups (which is an active trend in the US) – seems a little odd, however.

The report is illustrated in the very best traditions of psychological operations – lots of photographs, infographics, and various images. But there is not a single reference to a source! It is clear that similar platforms for disinformation and anti-Russian propaganda served as the main reference base.

Inexplicably, the report claims that “the Kremlin believes that the pandemic will accelerate two trends that Russia itself is working to promote: a transition towards multipolarity in international relations and declining Western influence on the global stage.” While the authors of the report believe that a transition towards multipolarity will benefit Russia, since it will strengthen its influence, problems related to the global pandemic will lead to the emergence of populist and extremist movements that will undermine the West’s institutional unity, which is based on common values.

The Estonians expect that Russia will continue with its influence operations in 2021 and especially in the EU, where the issue of the pandemic will also be fair game. The report claims, for example, that a Russian newspaper referred to the AstraZeneca vaccine as a “monkey vaccine”, although it provides no specific information or even the name of the newspaper.

Issues relating to this company’s vaccine have actually been written about in the Western media, however, including in the liberal German newspaper Der Spiegel.

The report also states that “Russia continues its aggression against Ukraine”. It claims that the 1st and 2nd Russian army corps are in Donbass, including 35,000 personnel, 481 tanks, 914 armoured vehicles, 720 artillery, and 202 multiple rocket launchers. The source of this data is given as the Ministry of Defence of Ukraine. Surely no one is in any doubt about the bias of this ministry and the unreliability of the information it provides.

The report goes on to say that “Russia fully supports pro-Russian forces in Ukrainian politics”, but there is nothing about what this support consists of or how it is provided.

The Estonian intelligence officers even see the hand of Moscow in the dispute between Armenia and Azerbaijan, because the ceasefire benefits Russia – it means that Armenia will be more dependent on Moscow.

The selectivity of the report’s authors then leads them to Russia’s contacts in Africa. Russia’s ties with Egypt and Algeria have put them on their guard, especially the sale of military equipment to these countries. The provision of humanitarian aid is also a sign of Russia’s influence in Africa. Russia’s domestic policy is another cause for concern for Estonia’s intelligence community, for some reason. The 2020 referendum and the upcoming parliamentary elections are loosely covered, but with the explicit intention of pointing out that the population is not happy with the Russian government’s actions. Since the report’s authors cannot actually prove this, they resort to vague wording, such as: “It is important to note here that the accumulation of dissatisfaction leading up to a regime change is not a linear process. On the contrary, political activities and the social situation can either slow it down or escalate it. However, it is safe to say that the changed attitude in society and growing moods critical of the government have already significantly altered the face and logic of the Russian regime. Repressive measures have now become the primary tool for maintaining and defending power.” A statement like this could be applied to any country, however. To give an overview of the dispersal of protests in Germany or the Netherlands, for example, or the recent riots in Spain. The text could also serve as evidence of the growing criticism within society and the repressive measures taken by the authorities.

Supplementing this picture of the public mood, the Estonian’s add: “The West’s economic sanctions in response to the Kremlin’s aggressive foreign policy and the changes taking place in the global energy market also have a significant negative impact on Russia’s economic performance.”

It then talks about the state of Russia’s armed forces, however, where everything is fine, numerous exercises are being held, new types of weapons are being adopted, and so on. Particular emphasis is placed on the upcoming Zapad 2021 military exercise, which is “traditionally a rehearsal for a conflict with NATO in the Baltic Sea region … The exercise cannot be ignored by Estonia and NATO, as Russia will deploy tens of thousands of troops along the borders of the Baltic states. The Russian Air Force flight activity over the Baltic Sea will increase significantly, and Russia is likely to move additional warships from the Black Sea and Northern Fleets to the region.”

The Estonians also note that, in addition to Belarus, whose participation seems completely normal for these manoeuvres, they are also going to include China. It also states that the airmobile brigades being formed in Russia are in preparation for “grey zone” conflicts. But if the authors are using this term (just as with the term “hybrid warfare”), it means they think Russia is planning offensives against its neighbours.

Russia’s intelligence services do not escape attention, either. The report states that the GRU, FSB and SVR are carrying out covert influence operations. It is interesting that, according to the Estonians, the GRU focuses on social media platforms like Vkontakte, Facebook and Twitter. The GRU also has its own English-language portals that disseminate “false information”. The Estonians cannot take credit for coming up with this, however – it was already written about in 2020 in a special resource on the information war against Russia. They could have just copied and pasted. The site is directly linked to the EU’s European External Action Service, although it makes no mention of how much funding it receives or who works there, which is clearly at odds with the rules of democratic transparency and accountability that the EU is so fond of talking about.

All three of Russia’s intelligence agencies are also credited with carrying out cyberattacks, again without any kind of evidence.

After all, the Estonians did once say that its Western partners could use their country to its detriment. In the section on a Russian–Chinese partnership, it states, among other things: “If Russia and China get too close to each other, Western countries may be tempted to lure Russia away. The Kremlin would take advantage of a situation like this and set conditions to leave itself more room for negotiation. Given Russia’s ambitions in the Baltic Sea region, Estonia must stand firmly against any scenario to lure Russia at the expense of Estonia’s security.”

When you consider that this libellous hogwash is actually an official government report, it gives the impression that the people working there are really incompetent. After all, an experienced journalist could put together texts like these in just a few days.

But there is no data on how many violations or other acts harmful to the state were prevented thanks to the merits of Estonian intelligence. As a result, we are forced to assume that the Estonian intelligence service is not doing what it is paid to do by the country’s taxpayers, but has instead become yet another Russophobic propaganda machine.