HOME / SOCIAL/CULTURAL / “Without Remorse” Peddling Lies and Hate for Amazon

“Without Remorse” Peddling Lies and Hate for Amazon 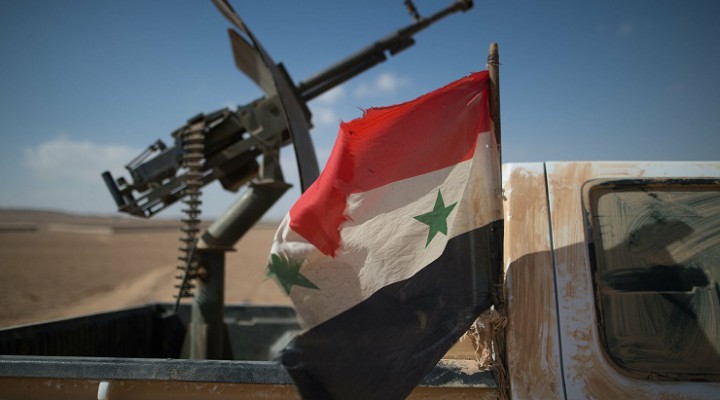 In 1943, a Hollywood film was made depicting the courage of Russian partisans fighting Nazi Germany in World War II. Directed by Louis Milestone, who had also directed the anti-war classic, All Quiet on the Western Front, the script was written by Lillian Hellman.

However, the version of that film I saw, growing up during the Cold War, had a different message. Most confusingly, the film seemed to be about German atrocities but as the film went on, suddenly it was about Russian atrocities and wasn’t about World War II at all. The studio had doctored the film, turning it entirely upside down.

Was some powerful group in America actually trying to rewrite history, trying to convince gullible Americans that the US fought against Russia in World War II and that Adolf Hitler is just a character out of Popeye cartoons? Short answer, yes, they were and with considerable success.

Truth is, there isn’t anything that can’t be sold to the American people. What’s that quote often attributed to Abraham Lincoln?

Though Lincoln never really said that, and I wish he had, here is another vignette from real American history. In 1918, an American educator was imprisoned for Sedition for teaching about the War of 1812. It had become illegal to refer to any “discord” between the US and Britain. You can, however, scrape paint from the White House in Washington. Those charred areas you will find are from when Britain burned the White House on August 24, 1814. Was that “discord?”

We begin today with a discussion of the blockbuster, or so they claim, film from Amazon Studios, Without Remorse. Some might say it is just another film, simple entertainment but is it really “just a film?

For context, I will describe the horrific four minutes that I lasted watching it. First of all, it is reasonable to assume that films glorifying military action aren’t simply made to entertain, but they have always been made to propagandize, with few exceptions, such as Stanley Kubrick’s “Paths of Glory” and “All Quiet on the Western Front,” from the novel by Erich Maria Remarque.

We might also mention “Johnny Got Hit Gun,” from 1971, taken from the Dalton Trumbo novel. Trumbo was part of the Hollywood blacklist until Kirk Douglas hired him to write the script for “Spartacus.”

Without Remorse comes from Tom Clancy, a former insurance salesman with a talent for story telling and a love of military tales though his own potential service was cut short by severe vision problems. Albeit Clancy was a great writer but clearly never saw how his works would be twisted into the monstrosity we see in Without Remorse.

We might also add that Clancy sold the rights to Without Remorse in 1993 and the book was about the Vietnam War and had very little resemblance to the Amazon film.

As for my “four minutes,” let me describe. Our first scene is two armed men getting water from a pool. They are killed by US Navy SEALS who were hiding underwater, a childish depiction of a Call of Duty video game scene.

Next, we learn that this group of SEALS is in Aleppo, Syria to “rescue” a “captive” being held by “government troops.” That is the second I hit the remote control.

The men depicted as killed must have been government soldiers, part of the Syrian Arab Army that defeated ISIS and al Qaeda. I know these men and women, the horrors they suffered to save their nation from being ruled by the “Caliphate,” a gang of western financed terrorist “head choppers.”

We then ask that same question, is some powerful group trying to convince Americans that al Qaeda (banned in Russia), along with ISIS (banned in Russia) and let us not forget the White Helmets, are now and perhaps always have been allies of the United States?

If this is the case, and it certainly seems so, should there not be a statue of Osama bin Laden at Ground Zero in New York?

For those genuinely familiar with the conflict and who have widely observed the massive aid ISIS and al Qaeda have received from the US, Israel, Saudi Arabia and others, it becomes abundantly clear.

The US certainly now, and by my own experience has, for many decades, supported terror groups around the world, including and especially those who attack the United States itself.

The US has been successfully peddling “up is down” propaganda for years. However, selling terror groups and mass murderers as allies and heroes should be difficult, and we aren’t saying “is difficult” but rather “should be.”

We all remember the scenes, mass killings of prisoners, beheadings, prisoners burned alive. We also remember the mass rapes and thousands sold into slavery.

We also remember other things. We remember entire factories packed up and shipped into Turkey including an entire automobile assembly plant located outside Aleppo. Up to 500 factories were shipped into Turkey, part of the coalition between influential forces in Ankara and ISIS and al Qaeda factions.

When I think of Aleppo, I think of the suffering of the Syrian people there, held prisoner not just by terror groups but, worse still, by phony NGO aid workers from the White Helmets and other organizations financed by the governments of the US, Britain and Germany.

I also think of the hundreds of thousands thrown out of their homes which were taken over by mercenaries brought in through Israel and Turkey, Saudi paid fighters from Indonesia, the Philippines, Chechnya and even Uighurs from China.

The Uighurs took entire communities and are still settled in Idlib Province under the protection of Turkey. There are an estimated 5000 Chinese Sunni Muslims, shipped to Syria by Western intelligence agencies still living there, living in the homes of others, farming the land of others, eating the food of others.

You don’t think they walked from China, do you?

Six million Syrians became refugees, and they weren’t fleeing “government troops.” They were trying to save their families from the brutal “head choppers” who murdered up to 250,000 Syrian civilians, a crime that is censored in the West and one certainly left out of our Amazon Studio’s film.

What if I were in Hollywood, what might I get away with? This reminds me of not so long ago when I was asked to consider becoming the technical advisor for a new spy drama, Treadstone, produced by Tim Kring. Kring is an able person, perhaps a visionary and had created Chicago Hope, Crossing Jordan (a favorite of mine), Heroes, Touch and other quality shows.

I have some experience in screenwriting, mostly military and spy stuff, and quickly recognized that, behind Kring, a studio and investors, would rather have heavy handed propaganda rather than a view of “the other side of the mirror,” where my expertise is paramount.

Treadstone was cancelled after 10 episodes, without my participation.

I failed the studio’s background check because of writings on New Eastern Outlook.

Since then, particularly driven by the unique insanity of Donald Trump, the American audience may well be “conditioned” to accept entertainment that reflects the real world.

That was tried in 2010 in the series Rubicon, which was cancelled, I believe, after quite exactingly depicting how certain groups of elites plan and execute terrorist acts in order to manipulate financial markets.

Millions will watch Without Remorse. They will be entertained, and they will be disinformed. The fake realities depicted are as vacuous and stupid as stories of computer chips in vaccines and Trump’s “big win” in the 2020 election. 28% of Americans believe both hoaxes and even more are likely to believe that the US can wage war on Syria while Syria is waging war only on terror groups and the US is, in no way, aiding those terror groups.

0 thoughts on ““Without Remorse” Peddling Lies and Hate for Amazon”