HOME / SOCIAL/CULTURAL / The End of Summers 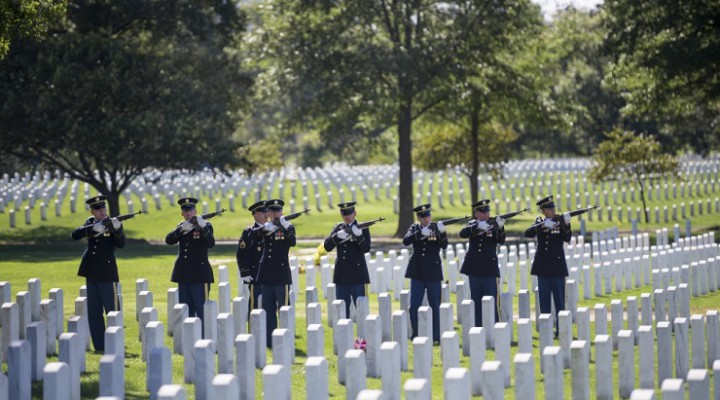 Americans are taught to honor or blame based on “generations.” The “greatest generation,” America, the Soviet Union, Britain and so many other nations banded together during the last century to save mankind from a descent into tyranny and madness. Millions died, and that generation is almost gone, its greatness and failings passed on to what Americans called the “Vietnam generation.”

The Vietnam generation is ending, now entering a countdown of remaining summers for those that survive. Looking back at who or how many rose to meet the challenges set forth, ideals denied, hopes faded, so many regrets, so much failure, from Dylan Thomas:

Do not go gentle into that good night, Old age should burn and rave at close of day; Rage, rage against the dying of the light.

Though wise men at their end know dark is right, Because their words had forked no lightning they Do not go gentle into that good night.

Good men, the last wave by, crying how bright Their frail deeds might have danced in a green bay, Rage, rage against the dying of the light.

Almost 3 million went to Vietnam, about 10% saw combat and fewer than 10% of those, upon returning from what was then seen as Americas most unjust war, stood up and said, “no more.”

I was, I am part of that generation, those who knew John Kennedy as president, who saw Bobby fall, who served when Nixon assumed control of America, a dark soul carrying a foulness that was overwhelming. Little did we know that Nixon, in today’s America, would be considered “decent and human.”

There is a reason to focus on such things as never before has a people and a nation been so incomprehensible. All we collectively see of each other and even ourselves is “Murdochized” or “Googleized” to fit a narrative so many now find repulsive. We wear the cartoonish labels we are given at the hands of our lessers and, no matter how we live or feel, what is left is obscured or faked.

On the Road with Americans

Americans who travel outside their country are confronted with one question overall; “What aspect of ‘American character’ has allowed the degeneracy that has unleashed a Hitleresque monstrosity on the world?” After all, Americans are such nice people, ready to lay down their lives for freedom, willing to lend a hand when needed, a nation known for humanistic values, for idealism, a nation that “dreamed big.”

I recently returned from Iceland where I spent part of my time with a family there. Iceland is a unique nation, in some ways an American outpost in the North Atlantic, rather the Sea of Greenland if you are map savvy, a nation where parents will often as not speak to their own children in very American English.

This is also a nation that crashed into ruin when America’s neocon elites took down the world banking system and the only nation on Earth that fought back. Iceland has retained its national character.

Hundreds of thousands of Americans visit Iceland each year, and many, perhaps most, are questioned by locals. According to Icelanders I met, the answers they get are largely the same, living in America today feels like drowning, not of the body but the soul, watching a dream slip out of sight beneath the waves, a form of spiritual death.

You see, living on fake news, fear hatred and anger starves the soul, it takes away what is human and leaves, in the void, an insectile existence.

Please Find America for Me

The American people didn’t change, America was always far from perfect. America was built on conflict, on dissent and on dreams. Rest assured, there still is an America, a silent nation of communities ignored by the media, where decency exists, where human values survive. That America, though it may no longer be a majority, there is no way of knowing, is an archipelago in a sea of disdain.

The America the world knows, Washington, New York City, the “hate states” of fearful and ignorant, now rules with a tyrannical hand and the world quakes in fear. The weak now rule the strong as is the way so often as empires descend into anarchy. America is anarchy in its purest form.

What we might look at today is a bit of how and why.

During and after Vietnam, not the war but rather the “era,” there was hope that a generation of Americans would rise to challenge the malaise of corruption and indifference that had dashed the dream that was supposed to be “America.”

That “greatest generation,” the veterans of World War II, were still at the helm, as it were, at the great universities, Cronkite at CBS News, great men, not so many women, all “white” of course, across the business community and present in government, did rise to meet the challenge, somewhat at least.

Watergate was proof. Tyranny abated, Carter was elected president and soon crushed by a staged banking collapse engineered by “elites” and a CIA constructed confrontation with Iran.

The assumption, at the time, is that the experience of opposing great evil, experiencing sacrifice, a brotherhood under fire, could be evidence in what was then seen as “greatness of character” at a national level.

It was all a dream.

That generation passed, its legacy and promise dashed through the failings of its children, the generation of Vietnam, though few served, very few fought, and those who did died young, up to two million, chemical defoliants, post traumatic stress or perhaps the heartache of seeing the real America as it became with “fresh eyes” that only combat veterans possess whose revelations are seldom shared.

Today, as Rep. Tulsi Gabbard so rightfully pronounces, America is ruled by “chickenhawks,” cowards who love wars where others die.

It is mostly shame, disappointment and anger. The result, withdrawal or rage, but in general, a cycle of destruction, most often turned inward.

You see, national character is formed during times of great suffering. For those of us of the time of Vietnam, our parents knew the poverty of the Great Depression, World War II quickly followed by the insanity of Korea, with many forming families late in life, a frantic exertion for normalcy. This may well where the 1950’s came from, Eisenhower and mediocrity, a nation that turned its back on racism and injustice, on poverty and decay.

When it came time to rebuild the world as the Soviet Union failed and a century of militarism and waste could finally be discarded, there were those with “other plans.”

There is a natural order of things that may well originate, certainly in the form we know today, with the advent of “mercantilism.” Simply put, the world exists as a lifeform to be fed off by, not the powerful or righteous, but by “mercantilists,” who feed off mankind like bloated ticks. We thus set the clock at the late 17th century and begin.

What began as a theory of trade, accumulated wealth and protectionism, descended into what some like to call “colonialism,” but other terms apply as well, inventing terms to obscure lines between good and evil is the oldest profession.

Under “mercantilism,” nation states became little more than agents for serving those who controlled capital with governments and leaders that, in almost all cases, existed only to keep society organized just enough to provide basic labor and military manpower.

It was their job to exalt the worth of humanity, of the individual human life, of art and science for its own sake, and recognizing the spiritual nature of existence itself.

Thus, we define the struggle, and come full circle. We used the term “insectile.” In our arrogance we assume superiority to insects as having no spiritual existence.

We then ask, why do or rather “why did” the institutions exist? Why concern ourselves with human rights or freedom of expression, things that “greatest generation” inspired by Eleanor Roosevelt wrote into the UN Charter as part of the Universal Declaration of Human Rights? From the Preamble and first 3 articles:

Whereas recognition of the inherent dignity and of the equal and inalienable rights of all members of the human family is the foundation of freedom, justice and peace in the world,

Whereas disregard and contempt for human rights have resulted in barbarous acts which have outraged the conscience of mankind, and the advent of a world in which human beings shall enjoy freedom of speech and belief and freedom from fear and want has been proclaimed as the highest aspiration of the common people,

Whereas it is essential, if man is not to be compelled to have recourse, as a last resort, to rebellion against tyranny and oppression, that human rights should be protected by the rule of law,

All human beings are born free and equal in dignity and rights. They are endowed with reason and conscience and should act towards one another in a spirit of brotherhood.

Everyone is entitled to all the rights and freedoms set forth in this Declaration, without distinction of any kind, such as race, colour, sex, language, religion, political or other opinion, national or social origin, property, birth or other status. Furthermore, no distinction shall be made on the basis of the political, jurisdictional or international status of the country or territory to which a person belongs, whether it be independent, trust, non-self-governing or under any other limitation of sovereignty.

Everyone has the right to life, liberty and security of person.

Yet, today’s America has left the Geneva Convention, withdrawn from the UNHRC, from the ICC at The Hague, has legalized torture and only this last week its highest court has again closed the door on redressing the wrongs of oligarchical rule and tyranny.

With the death of institutions all mechanisms of dissent and balance have failed and with that failure, all that may have been ascendant and spiritual has died as well. What was once “dissent” is now rapidly being crushed and criminalized. What is left? Insectile?

0 thoughts on “The End of Summers”