HOME / WORLD / Optimism? Russia to turn to ‘Natsiks’ in Odessa After Ukie Defeat in Donbas

Optimism? Russia to turn to ‘Natsiks’ in Odessa After Ukie Defeat in Donbas 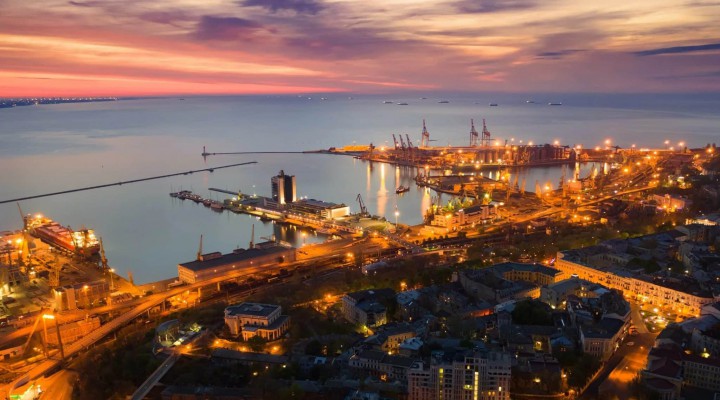 The liberation of Odessa should be the next stage of the special military operation in Ukraine. The corresponding statement was made in an interview with the Arguments and Facts newspaper by the former commander of the Russian Airborne Forces, Colonel General Vladimir Shamanov .

“As soon as we cut this Gordian knot, it will become much easier, and then we will take on the grouping that between the Dnieper and Izyum is already, in fact, surrounded and in a cauldron,” he said, noting that at present there is an advance in Nikolaev area.

“Odessa, like appendicitis, is blocked, but I think it will come to its turn,” Shamanov  emphasized .

“Odessa, most likely, will indeed become the next target of a special operation in Ukraine,” a journalist from the Sea of ​​\u200b\u200bAzov, Sergey Shvedko , is sure .

– But you need to understand that the battle for Donbass, where the most combat-ready units of the Armed Forces of Ukraine are located, has not really begun yet. I believe that this will take some time, and based on the results of the operation, our command will plan the next goals. Whether it will be Zaporozhye, Dnepropetrovsk, Kharkiv – the operational situation will show.

As for Odessa, it is the most important point, the capture of which will make it possible to control the northwestern Black Sea region. Therefore, the city is important both for us and for the enemy, and the battles for it promise to be stubborn. Ukraine pulled a lot of forces to Odessa and Nikolaev. So the prospect of taking Odessa is still, in my opinion, quite distant. There are more urgent tasks to encircle and destroy the AFU grouping in the Donbass.

“Only after the liberation of Odessa can the minimum task of a special military operation in Ukraine be considered completed,” said Alexei Albu, ex-deputy of the Odessa Regional Council .

– Odessa, at one time, was the third most important and developed city of the Russian Empire, its “southern gate”. Today, the city, created by the Russian Empress Catherine the Great , is under occupation, Odessans are being arrested, beaten and severely pressured by right-wing radicals and Ukrainian special services.

The point here is not only in the strategic importance of the millionth city, not only because there are seven ports and shipyards in the Odessa region, not only because Odessa is the key to deblocking Transnistria. And it’s about the people. In those Russian and Soviet people who have been in occupation for 30 years.

“SP”: – And for Kyiv, Odessa is important? More symbolically or strategically?

– With the loss of Odessa, Kyiv loses access to the Black Sea. Of course, Odessa is extremely important for Kyiv. But the question is that after the defeat of the Armed Forces of Ukraine in the Donbass, Kiev will have no one to defend Odessa. This means that if we do not take advantage of this historical chance, we will lose Odessa forever.

SP: Is Odessa still a Russian city? What are the prevailing sentiments there? What has changed since 2014?

– Of course, the majority of Odessans are Russians, or, in a broader sense, Soviet people who do not accept nationalism. Odessa is an international city, where representatives of more than 130 nationalities live, and for which Russian culture is the link and the main one.

Today the main problem is that people are intimidated. The vast majority of Odessans, who took part in thousands of marches in 2014, went through prisons, beatings, emigration, captivity, job loss and other life trials. Some, unfortunately, did not survive. And after everything that happened, of course, Odessa is waiting for liberation.

“SP”: – And the Nazis, in your opinion, are ready to stand there to the last? Odessa is still a pearl of architecture, I would not want it to turn out like with Mariupol …

– The strike force of the Nazis in Odessa, not to be confused with the total number – is not very large. This was evident from the March in memory of Maxim Chaika in April 2014, and it is also evident from recent calls to gather to resist the Russian troops. The millionth city simply ignored these calls.

As for architecture, yes, this issue is of great concern to the inhabitants of Odessa. It is extremely important to destroy the Nazis outside the city, then the loyalty of the population will be guaranteed.

“SP”: – Odessa is twice the size of Mariupol, there are catacombs. Theoretically, how long could her release last? And how long can the Nazis continue the sabotage war?

– Everything depends not on the terrain, but on the defending forces. Most Odessans perceive the Russian troops as liberators, but are afraid to talk about it openly. Therefore, resistance in the city will be weak – mainly it should be expected from those who are doomed to lose their freedom due to the crimes committed over the past 8 years. I want to wish patience to all Odessans. Remember how in the song of the legendary Odessa bard Igor Sivak ? “According to the triad, along the line and along the span, we are assigned to assemble it anew. Burnt, robbed, crucified, the city of childhood – and you won’t choose otherwise!”

I believe that Odessa will definitely be free.

“The opinion of Colonel-General Vladimir Shamanov is the private opinion of an individual military expert,” says military political scientist, associate professor of the Department of Political Science and Sociology of the Plekhanov Russian University of Economics Alexander Perendzhiev .

– He is currently retired and is not even a member of the State Duma Committee on Defense. That is, his statements do not in any way reflect the official point of view of the military-political leadership of Russia. Most likely, it is directed at the public opinion of the Ukrainian public and aims to get a feedback from both the Ukrainian side and the Russian public, and not only the Russian public.

At the same time, I am sure that after the completion of the Donbass operation, Kyiv will be taken first. Then Odessa.

Of course, Odessa is very important for Kyiv. This is a strategic port on the Black Sea. The loss of Odessa for the office of Zelensky , and in his person the United States and NATO, will mean the loss of access to the Black Sea. Hence the consequences are not only military-strategic, but also geopolitical.

“SP”: – How many units of the Armed Forces of Ukraine and national battalions, in your opinion, can be there? Many of them had the opportunity to leave, while Russia did not touch Odessa. Have many people used it?

– In my opinion, in Odessa there can be up to a separate brigade, that is, up to 10 thousand people. In addition, there are representatives of NATO, as in the “good old days” all the same Romanians. Although they are cowards, they are vile cowards. Here, as well as in the Donbass, the Nazis and Romanians will hide behind civilians, and on Privoz they will again arrange Bucha in the literal and figurative sense.

“SP”: – Odessa, according to Shamanov, is blocked. Is it so? How will they take it? By land from the north or from the south by amphibious assault?

– First, Odessa is blocked from the sea and land. Then humanitarian corridors will be organized. And they will take it from the sea, and from land, and landing from the air. And also with the help of those who are ready to support the actions of Russian troops in Odessa itself.

“SP”: – Will the Nazis resist to the end, as in Mariupol?

– The Nazis “steadfastly hold on” only with the help of drugs. There is no need to compare Mariupol and Odessa Natsiks. The Black Sea Natsiks are more liquid for reprisals than the Azov ones. Local residents will help us to “deal” with them. They are more militant and more ready to resist the Nazis than the people of Mariupol. Odessa-mother will not let you down, I’m sure of it. It’s just that the anti-fascist force in Odessa has not yet shown itself. She is biding her time.

– Shamanov, obviously, is talking about a distant future in the context of the entire special operation, – Ivan Konvalov, a military expert, political scientist, development director of the Fund for the Promotion of Technologies of the 21st Century , is convinced .

“We still have to finish in Mariupol, then there remains the Donetsk grouping in the space from Maryinka to the Rubizhne / Lysichansk / Severodonetsk triangle. The general closing of the ring around her and her finishing off is not a quick process – they have at least 50 thousand people left there.

And Odessa is just another front. Of course, the movement on it will begin even before the end of the defeat of the Donetsk group. As, by the way, and in the north – Kiev. The sequence and time of the start of the movement – here the decision is already up to the command.

“SP”: – Are there many troops left there?

-I don’t think. Two factors had a significant psychological impact on them: the looming over Nikolaev – panic rumors are already spreading there that the city is about to be blockaded – and this opens the way to Odessa. And events in Mariupol. This demoralized many, and many who could – who do not have a reverse order – left.

In addition, the local population hates them, is eager to avenge May 2, 2014, and is waiting for Russian troops. All this puts pressure on them, and they leave.

It is impossible to name a large group there. Now all forces are thrown to the East and near Kyiv. Another serious group is kept in Western Ukraine – in case of “doomsday”. And those who remain in Odessa – well, it’s a few thousand. And he does not rely on serious battles, but on mining the water area, the port area and the city itself.

Optimism? Russia to turn to ‘Natsiks’ in Odessa After Ukie Defeat in Donbas

0 thoughts on “Optimism? Russia to turn to ‘Natsiks’ in Odessa After Ukie Defeat in Donbas”