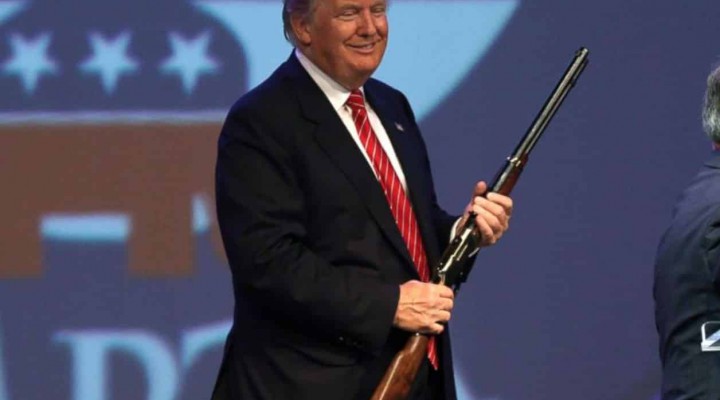 How sweet the irony that Trump gets to eat the bitter fruit in that he won an upset victory by taking some of the final states with narrow margins, and then got to watch the Biden campaign inflict a win against him by clinching majorities in Georgia and Nevada.

The White House campaign strategy went full bore Covid denial. It stopped its Covid meetings. I can’t remember a single announcement from the White House on what it was doing to dampen the current Covid surge. If effectively abandoned its responsibility.

In the last few days, the world was able to see the difference between the two men, with Trump acting and talking like someone on overmedication, while Biden was steady as a rock, no partisanship, and taking the role of the ‘Uniter in Chief’. This all went over Donald’s head.

Gordon has a classic victory lap piece below, one we have slaved for a year to enjoy. We will have a weekend to get some rest and then be back at it, as the news shifts to who Biden will have on his transition team, and the guessing begins as to his cabinet.

Lurking in the background will be Trump with his early Christmas present for his lawyers, as the call has gone out to big Republican donors for tens of millions to pay for the legal fees. It appears Donald is not chipping in, at this time …Jim W. Dean ]

Veterans Today did more than any other media outlet to remove Donald Trump.  If needed, we will do more, much more.  We did it because it was the right and honest thing to do, the best thing to do but not the perfect thing to do.

We did it because it was the best thing of those things available for the American people.

We also did it because we are gun owners and gun ownership advocates.  This wasn’t the primary reason, but we recognize a closet gun hater when we see one, and this is who Donald Trump really is.

Donald Trump did absolutely say this:

“I like taking the guns early, take the firearms first then go to court.”

Here are the media pages for all to see:

and from Donald Trump, tweeted from a golf course…

VT: Trump is an advocate of gun seizure without cause based on suspicions that gun owners might be unstable.  But who decides that?  Police?

Trump is perfectly comfortable with police taking guns based on their decision. For police in Toledo, I have gone through the seized guns for them, telling prosecutors what they are, what they do, evaluating condition and value as an expert.

If people are going to get guns seized, there should be a reason and due process. Trump has openly opposed “due process” in gun seizure and everything else. His acolytes are dumb shits, obviously.

A few weeks ago, an FBI team from Washington flew out to visit for a briefing of sorts which I can’t get into. One of them, a nice person, had moments when these items showed up at my desk (a Herman Miller work station/nice):

There was a Glock 30 on the keyboard as well. How many of you do the same?  I live in the middle of friggin’ nowhere and home invasion is a reality for all of us.  You can’t welcome bad guys without party favors.

You didn’t know Trump hated guns?  Check the photo.  I am a “gun person.”  I own guns and have been a gunsmith for 45 years. I have a shop full of machines, gun parts, screws, old rifle stocks against the wall and thousands in AK/AR parts.

Good piece of information here to retain, as many tend to lie based on information they got on TeeVee.

We’re talking about Trump, but hate going to the writing of others for anything. Those who are published and promoted are either all shills or talentless. Reading crap from failed bloggers, be it Breitbart or CLG or other bullshit platforms is pain. I like guns and I write.

I also own motorcycles and fast cars, no pickup truck, but am looking for a diesel F 350/250 as well. I own a pair of Landcruisers, a new one and one semi-classic, and drive one of the world’s oldest running BMW’s that now has no power steering.

Things I can’t do?  I am shit with BBQ and depend on Mike Chester and Kadir, total experts for anything that needs fire.  Lack of patience.

What’s the point?  Normal Americans, increasingly both male and female, love guns, love shooting, we love our vehicles, such as they are, and take pride in what we have because we worked to buy our things, we fix our own things, and they, to a large extent, define who we are.

If you have one pistol and one truck and you love both, you know exactly what I am talking about.

For me, I have piles of AR/AK’s including the original version of the pistol length “can” 7 and 8 inch “brace” AR’s.  As I do reviews, I get some things free, lots of optics, military stuff, gifts.  I never use them.

Favorites?  I love my .303 Enfields, I own several, these are real weapons and incredible long range shooters.

So, I am not the least bit uncomfortable with people carrying assault weapons. I get them pointed at me in the Middle East and Africa often enough, don’t like that, but get used to it.

Trump, not so much. He has been one of the biggest consumers of metal detectors, walk through, hand held and longer range Israeli ones, and he doesn’t allow weapons of any kind near him.

As you can see, Biden loves guns:

For anyone who has been to a Trump rally and brought weapons, and if you need one, go to Veterans Today Custom Weapons and get one or more, you will be surprised.  You will not only leave it in the car, but your car is likely to be out of rifle range, bomb range, of anywhere Trump goes.

Many Americans who are fearful, rightly so, and who are legally allowed, will carry a “range bag” in their cars or trucks, normally a .223/5.56 weapon, a “shorty” and a couple of magazines. Millions of Americans carry pistols, legally.

The concern with widespread concealed carry is the idea of the Kile Rittenhouse Syndrome, an empowered pissant coward who plays bully. Even the Lansing, Michigan idiots are real gun owners, hell they even planned to kidnap and murder the governor.

What I expect is that whatever politics, you are either a gun person or not; or a motorcycle person or not.  With so many urban cowboys buying HD bikes they can’t ride, real motorcycles people, my favorite people, know the difference. Bikes trump politics, and those who ride know this.

I dread the time I will have to turn from superbikes to a Harley.  After 4 or more hours of riding, I feel like I used to after playing football, which is why I quit playing football.

So, why are guns so important?

My own experience with crime has involved trying to keep my mother on her farm as long as possible. Her neighbors in rural Kentucky had broken into her outbuildings, stolen tools, compressor and even looted a freezer.

Driving into Jackson or Beattyville had become risky and the problem is 100% white and 100% GOP related. No real police, yes we had a constable a few miles away, amateur cop.  The local sheriff ended up in prison and was useless, part of the usual corrupt GOP local “courthouse gang” that works with the meth dealers.  FBI got him.

This is a problem across all of rural America, local sheriffs and the “courthouse gang” working with meth dealers, but also rigging the civil and criminal courts on behalf of lifelong crime families that exist in every American locale.

This is the reality of rural America, and everyone reading this will know it.  It is also the real reason rural America is armed to the teeth, meth dealers and crooked police.

What about Trump?  He won’t recognize any of this. He has a small army of defrocked former corrupt NYC cops and Cohen type lawyers or worse, like Giuliani, who supposedly protect him and his “spawn.”

They aren’t like us. They don’t work, never have, they are grifters. They never owned anything they bought with money they earned doing real work.  This is Trump’s house:

For those of us who do our own work, paint, plaster, roofing, drywall etc, we recognize fake urethane architectural details and Rustoleum metallic paint when we see it.   This is a set from the film Scarface or something where John Goodman wins the lottery.

Imagine entering one of these rooms and not laughing.  Do realize that you trusted gun ownership rights to a person who shits in a fake gold toilet.

We have a 40 year history of Biden.  He seems defined by tragedies.  He, as with Trump, ended up spoiling one child, Trump did it with all of them (not sure about the autistic/probably one.)

Biden’s wife is a thousand times beyond Melania, and his ex died in an accident NOT caused by Biden, rather than someone being paid off to say he doesn’t have a deformed penis that only works with same sex partners of very very “tender age”.

We have a nice list of clients, MEGA/MAGA, mobsters, cosmetic barons, almost all Italian or Jewish for some reason.

Now that is something we can't miss. Maybe the Secret Service will use also their trained dogs?

If @DonaldTrump refuses to leave White House, Secret Service will escort him out https://t.co/dE18FKTdiD