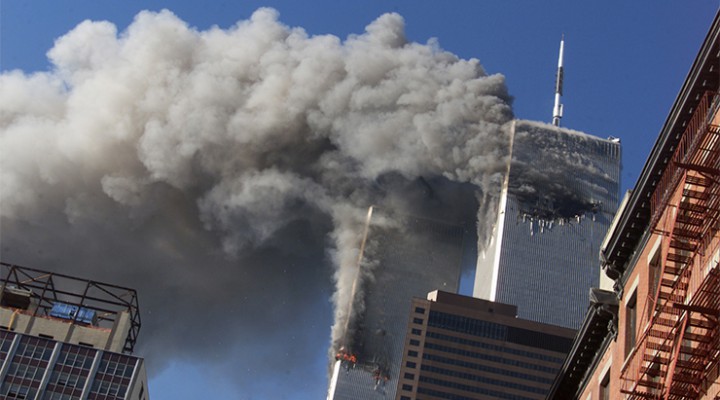 It is all about lying. Few knew what a shield truth had been until it was gone.

We don’t have to go back so many years to find a painful example, in fact August 2019 gives us lots of material to deal with. Let’s look at the Hezbollah missile attack on what was claimed to be an Israeli command convoy. Hezbollah claims they hit a general.

Here is what Hezbollah did, they released a poor-quality video from miles away, showing smoke only.

Believing this was all there was, Israel announced that a missile landed “near an Israeli village” and that the IDF staged a fake rescue of wounded at an imaginary missile hit scene, just as a joke. This story was carried in the mainstream media as it was sourced to the IDF high command and directly to Israeli Prime Minister Netanyahu. In a time of liars, these will do as well as any.

Almanar, a media organization in Lebanon, then published the real video which is also hosted at Veterans Today with commentary by Jim W. Dean. Hezbollah had gotten right up to the Israeli base, we can see the command vehicles loaded from so very close up. Then they drive down the road and it happens. We see one of two missiles fired and both hit with devastating effect.

Hezbollah’s intelligence organization, one few know rivals the Mossad, had waited for days for Israel’s top military commander to leave his headquarters. He was assassinated.

Hezbollah, of course, was retaliating against Israel for two drone assassination attacks inside Beirut only days before. Instead of reporting the truth, that Hezbollah, as shown in 2006, can defeat Israeli defenses at will, Israel chose to lie to its own people, as it always does.

Israel withholds any “bad news,” like the sinkings of two of its Dolphin submarines or the loss of planes including one shot down over Yemen.

Lies make anything possible, hiding the truth from the public for sure, but also complicity in criminal terrorism as well and we aren’t just talking about Israel.

First of all, here’s what happened that makes this important to readers now. A German physicist with no access to US media, call it language barrier, laziness or hyper-focus that scientists have, did a study on the events of 9/11.

He built on work done by French physicist Francois Roby and a US activist with a strong science background named Jeff Prager. Pommer published a first version of his findings, that the World Trade Center was destroyed by nuclear weapons placed under the structures, in 2017. Then in 2019, he put out a slide presentation backed by irrefutable physics and a video presentation. This information, undisputed by any scientist, is published on Veterans Today at the request of Pommer.

The scientific study shows, without question, that whether planes hit buildings or not, the destruction, which included huge caverns filled with molten granite and iron that gave off incredible heat for months, could only be described and accounted for as a series of underground nuclear explosions.

What we all know is that 9/11 changed everything, war after war, millions dead, but what many don’t realize is that it opened the door to a new level of lying.

In today’s world, Iran can have a nuclear weapons program when no evidence supports it and all real evidence supports the contrary. Any nation that fails to submit, and we will probably never know who is really in control, and we are talking Venezuela for one, can be subjected to “shock and awe” because its leaders will, according to the fake mainstream media, start “killing their own people” or using some type of prohibited weapon.

Only ending the 9/11 lies can challenge the deluge of deceit that is killing us all.

Anyway, back to our story. I found it necessary to contact Heinz Pommer for a simple reason. His work, done independently, is identical to work done by the team at Veterans Today five long years ago. Pommer never saw any of it. This makes Pommer’s work “confirmation” of a 9/11 nuclear event.

Now let me make another point, I felt a bit of disappointment at first from Pommer and later Francois Roby because the Veterans Today reports, written by a team that included:

This part of the story began on May 4, 2014 with a document dump into my email saying that I was the “last chance” to get the truth out as it had been submitted to CNN and other media who chose to censor it. The reason given is that, and I quote, am a “true blue Marine.” What they clearly meant is that I was willing to handle the consequences and have powerful friends. To an extent, this is true.

Over a period of months, documents which included complex computations regarding bomb design, blast characteristics and a real examination of the World Trade Center, all in the packet received, were discussed with the journalist team but also with scientists who had a very strange story to tell.

According to the real study of 9/11, specialized nuclear weapons designed to destroy metal were built, weapons that not only rendered hundreds of thousands of tons of steel into dust but also destroyed automobiles over a mile away while flammables such as paper nearby remained untouched.

These scientists, all either IAEA (International Atomic Energy Agency) and/or US Department of Energy, told VT they were contacted on 9/11 to investigate a nuclear event in New York.

Jeff Smith supplied a photo of himself entering the wreckage, dressed as a utility worker, carrying a Geiger counter. Some speculate that the use of the term “ground zero” is proof of that. That may well be true.

I questioned Jeff Smith as to his background and he sent me a copy of his UN passport with visas signed by the Secretary General of the United Nations. He visited Iran, Syria, Israel as a nuclear inspector and many other nations as well including Russia. He also supplied his personal photos with other UN inspectors.

OK, here is what is most important. The results of the 2014 investigation or rather the documents we received of what we later learned was a 2003 DOE investigation of 9/11 that was suppressed, were identical to the results Heinz Pommer came to years later with no access to our data.

This is called“a confirmation.” This means, yes, it’s all true, America was “nuked” on 9/11. It also means that there were radiation victims and that the US government covered it up, that first responders who died by the thousands were given improper medical treatment to cover up a massive crime, just like the Syria gassings, like MH17 and, just perhaps, other incidents, maybe even mass shootings, that might just as well be staged.

If a nation would detonate several nuclear weapons in the middle of its largest city, what would they not do?
Then there is Jeff’s backstory. According to Jeff Smith, he was part of a team called Able Danger that included FBI, CIA, IAEA and other assets. Their investigation began in the 1990s when nuclear material from disassembled weapons, part of the START agreements, weapons from both the US and Soviet Union, began disappearing, hundreds of them, instead of being taken apart and stored.

Then Jeff told us that all the records were destroyed, not by accident, but by top officials including the Director of the Department of Energy himself and that the investigation, when it was reaching the point of ordering the arrest of top Clinton officials, was halted by presidential order. The belief was that President Clinton was being blackmailed.

Pommer had none of this information.

Now let’s step back for a second. The 2014 reports were read by 6 million people and yet don’t exist anywhere except at Veterans Today and dozens of articles which include documents from the suppressed 2003 investigation.

There are always these questions, why are we telling this story, why should we care, what can we do about things like this when it is clear that the average American or citizen of any nation has little or no power over events?

A key answer is a simple one, that if we let a lie take root, what grows from it may destroy us all. 9/11 is such a lie, one of the biggest but there are, as most are becoming aware, so many others, a list added to every day.

What is critical is that assumptions that were once made need to be unmade:

Then the last challenge is simple, we allow ourselves to be governed by consent, which is the nature of democracy except, of course, we never consented to be lied to or governed by criminals who hide behind lies.

That answer is more simple still, we resist.

Camera Two, Where Have you Been?