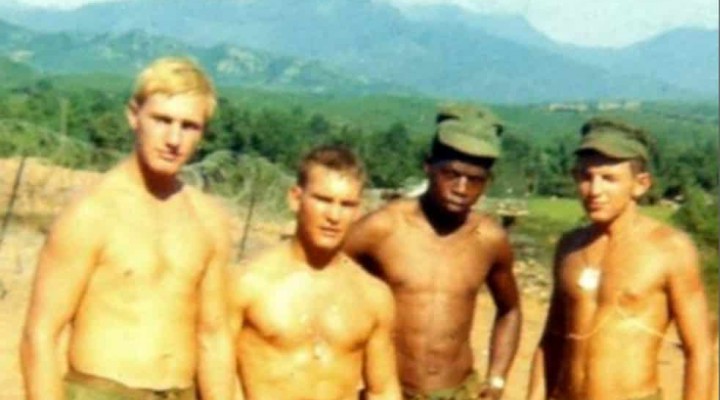 I just got in after driving through our first yearly snowfall, a useless but ceremonial trip.  Took the dogs down to Saugatuck to walk around for awhile, two poorly trained but very nice pitbulls who could drag a garbage truck up a hill with ease.

Then an Aldi run for a few bottles of wine and needed supplies for a holiday that really isn’t coming.  Two more stores as well…as though…

It seems the older one gets the more one lives in the past.  Christmas in Detroit, the 1950s, I remember a slew of those.  With an ethnic German family, Christmas is everything.  If you haven’t done Christmas in Germany, you can never know.  Getting off the subject, this would have been my plan for this year.  COVID and nutty politics has poisoned the US for nearly all of us.  I suspect we should start putting lithium in the water supply.

I would also order everyone off the internet for an unspecified time.  COVID taught us we could work without offices.  It should teach us to live without devices.  Put them all in a drawer and walk away.

Take down the flag as well…it needs a rest, it has been smooched a bit too much by the unclean.

Anyway, I remember one Christmas in Berlin.  Stayed in the cheap Holiday Inn near Checkpoint Charlie…free parking and great breakfast.  Right behind the hotel a Nazi bunker and next door the old Anhalter Bahnhof where so many drowned in the final hours of the taking of Berlin.

The East hadn’t been open that long…and big stretches of Berlin were still wreckage, bunkers, rubble fields and they still are to this day.  My first visit to Alexanderplatz, the center of East Berlin was a trip.  Berlin was endless miles of freezing walking, horrible food and atmosphere so thick it was like pudding.

From there, drove to Krakow, a quite wonderful walled Polish city.  Day trip to Auschwitz.  This is a horrible place in winter, worse if you are being starved to death I imagine.  Then down through Slovakia…hassled by local police.  An entire nation of superfund sites.

Then to Austria, Vienna where I pulled in to the Ring Road best western where I hustled a penthouse suite for $80 Euros.  I remember stringing my homemade WiFi antenna and searching for a signal…successfully…about a minute after WiFi was invented.

From Vienna into Hungary, Tatabanya, where we stayed with family in a state built workers housing complex where local fake Stasi followed our every move.  It was hilarious.

Then we weaved our way back into Austria though Graz where we stayed a night, meeting friends there.  The fortress there was blown up by Napoleon…as it was constructed on what was the basalt core of volcano towering over the city.

Then into Italy through Hitler’s Austria, the poor part, which connects to the Italian Dolomites…and down to Vento where the US has a base, Aviano with a Chili’s restaurant.  It was weeks late for “burger time.”  Then down to Verona and to the Brenner Pass and back into Innsbruck and up the Reutte pass into Germany, around the Zugspitze and into Garmisch to the old Patton Hotel and our favorite piano player and the best schnitzel in town.  That’s gone to, replaced with a Disneyesque monstrosity.

We all loved the Patton Hotel.

Normally I am in Bernkastel, working the Christmas market, selling wine and tourist crap.  Trier is only a short drive away and they have a much better Christmas Market where the food…Kartoffelpuffer und apfulmus…potato pancakes and apple sauce served on newspaper with hot oil dripping on your clothing….a perfect meal.

Normally I pick up turkeys at Spangdahlem AFB and do a meal for part of the town.  Ah…the Alsatian sauce…here’s the recipe:

5 plus containers of the best sour cream available or more…

Remove neck and giblets from Turkey.  Place them in a large saucepan with some carrots…not to many (overpowering), celery, onion, bay leaves, sage, pepper water and cheap white wine.  Salt (minimum)  Vegeta optional…

Bring to a simmer and cover…for two plus hours.

Separate very large dutch oven or equivalent, start dumping in sour cream, container after container.  For each pound start with 1 stick of butter.  Based on quality of sour cream, more butter may be added later.  This is a chemistry ratio thing, but you aren’t going to screw it up.  If you get too much butter, it can be spooned out.

Stir regularly…until most of the moisture is gone and you begin to see a “mayonnaise” reaction…up to 2 hours.  Watch this very carefully.

Prepare a roux.  Use 3 cups of flour and an oil (not canola or quality olive oil…corn oil works).  Mix flour and enough oil to make a paste (real roux uses butter and can be made very dark…do that if you want)…like lava…which you cook, stirring continually until you see an almond color.  You will have to ‘tune up’ the blend so it can “fry”.

Set this aside, this is a thickener. It can be stored, frozen or simply thrown out if it all isn’t used. (Throw the extra away).

Make the Turkey…I don’t tell people how to make Turkey.

When Turkey is done…and removed from roaster, juices remain…too often not that much with modern Turkeys.  Pour that into a separate container where fat can be removed and debris from the Turkey.  This goes into the gravy/sauce.

Make sure the pan is big enough.

The butter sour cream base is added first or use that pan if you chose correctly.  Then add the Turkey drippings with all fat removed.

Then remove the giblets and neck with other material from that pan.  Taste what is left.  If it is good, and it should be, strain it and pour it into the sour cream/butter mix as well.

Bring this monstrosity to a simmer, whipping with a whisk or whatever you have.

Add roux a tablespoon at a time.  This will thicken as it boils.  Very thick is good.  Don’t add it all.

OK, now the engineering starts, deciding how to turn an Alsatian sauce into “to die for” Turkey gravy.

Then add, if needed, Minors Chicken (paste) or College Inn.  Bring to simmer and add more roux for thickening if needed and it will be needed.

Tuning up….you have these options which you add to taste:

Minors (nothing else) beef stock paste…(Gordons Food Service) or Green Mountain Soy Sauce…added in small increments with care to give a stronger Turkey rather than chicken flavor and a desired color.

Or…don’t do this at all.

More butter may help at this time…a judgment call…but this is low risk.  Butter is never bad.

Simmer the alcohol out of the mix….5 minutes only.  Taste again.

You will find yourself with over a gallon of this stuff which freezes in bags very well.  If you have a big crowd, it will all be gone.  Germans and French seem to love this stuff…which they call “Gordon’s sauce.”  This was a staple on the Queen Mary.  My Aunt Jean brought the recipe back in 1956 after her trip to Russia, another strange story.

This will make a bad turkey good and works very well when mixed with German noodles or on potatoes or whatever.  This will define the meal.

Anyway, its 1955 and we spent the day at a UAW activity at the Ford Rotunda, now gone.  We might have walked through Greenfield Village as well…but in reality we never did that.

The Saturday before would have been spent at the Eastern Market, buying things at Hirts…now closed after well over 100 years.  I was there last weekend…OK maybe.

Whatever our lives were then, those of us who were lucky, even poor and lucky, had parents that understood Christmas.

So, we are cooking food nobody will eat, Carol is baking cakes which will go elsewhere as well.  What can we do?  What have we forgotten?

Christmas movies?  Scrooge/Christmas Carol?  If I see Jimmie Stewart again I will explode.

I did 2 Christmases in the Marine Corps, one of them in Vietnam…spent on Charlie Ridge “protecting” Bob Hope from rockets.  It was fine…I was with my friends.  No whining there.

The next few years were in East Lansing, then Ann Arbor, with a motley collection of friends, some veterans, girlfriends and former girlfriends, a gang of throwaways.  I still talk to a few, fewer each year, but many have been missing since…so many decades ago.

Throwaways….nobody had a family, we certainly didn’t have money.  I remember I always look at the Vietnam War as  safety valve…if I couldn’t stand it anymore, I could always go back, the Marine Corps was keeping a commission for me.  When the war ended….it was like a friend dying…a door closing.  51 years later, it feels like Vietnam was the last time anything felt real.

Best to you and yours from us, such as we are…