Intel Drop: The Truth Behind Red Don and his Duck Dynasty Warlords 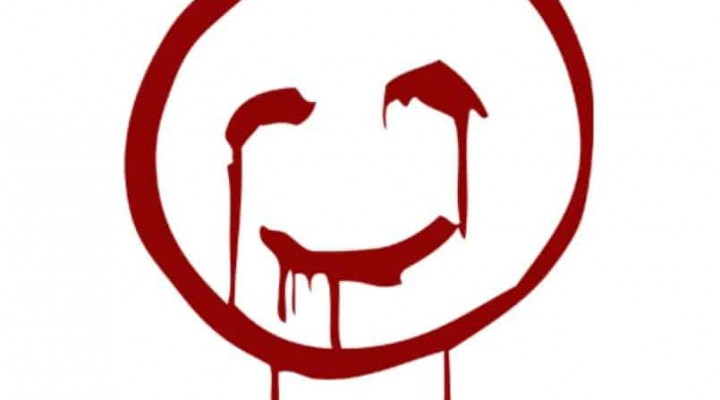 VT, the Senior Editor in consultation with intelligence operatives

Let me tell you a story:

What if Russia was helping Israel fight that war against Iran, but fight it inside Syria?

What if Russia were feeding attack information, tactical intelligence on Iran and Syria and even Hezbollah to Israel and even the US?

What if Russia, now that Biden is in, stands to make billions arming Iran with planes and other military technology, to stand against an Israel fully supported by Russia…against Iran?

With up to 200,000 Duck Dynasty warriors armed to the teeth in America, many active duty military and serving law enforcement officers, fully backed by the Republican Party, what if Russia had bought their way into the GOP long before Trump?

What if, when Putin took over, the benevolent fascist state, a partnership of Kosher Nostra oligarchs long seated in New York, London, Kiev, Tel Aviv and Moscow, turned out to be the long looked for foreign partner for the fake populism bred by the marriage of Murdoch, Gingrich and the Likudists?

After all, the Russians do owe us.  We came in there as saviors, looted their cash, some though Lee Wanta, some though MFNBD and the Trump organization. We bought everyone for sale, elevated scum to power, and set Russia on the road to ruin and enslavement.

Thus, they made perfect partners for Philadelphia furniture salesman, Benzion Mileikowsky, aka “Netanyahu.”  Those who watched, first the KKK take over America in the 1920s and then the Nazi’s in the 30s, have reason to not love the US so much.

They consider it justice, turning American fascists back on their own country.

We are going to tell a story of a “double game” where Russia and Israel have warred on the West in tandem, a game of betrayal upon betrayal.  Why do you think Israel can bomb Syria day after day with no consequences?

Syria has advanced missiles Israel can’t shoot down and could erase Israel on Golan in hours.  Syria and Russia could easily put an impenetrable air umbrella over Lebanon and ground Israel’s missiles and planes from the end of the runway.

Yet the truth?  Russia feeds targets to Israel and guides their war on Iran.

Russia protects the terrorists in Idlib while it dances with Turkey.

Russia, working with the US, has built an Israeli dominated Kurdish State that runs from the Mediterranean into Iran.  With the US?  Yes, we mean with the Pentagon and Russia’s owned and controlled operatives inside the Pentagon that do Russia’s bidding.

We go no further here.  Syria knows.  Iran knows.  No one in America will say a word, they simply point at Donald Trump and claim he has been a Russian agent since 1987, where so many articles parrot the same story of a Czech wife and Russian cash.

Before that, Richard Nixon was Cohn’s boy.  Cohn was tasked by congress with cleaning communists from America.  Many of America’s elites joined the communist party during the 1930s while America was starving, among them Ronald Reagan.

It was J. Edgar Hoover that sent Roy Cohn to work for congress.  Hoover, it is alleged, was Meyer Lansky’s man in Washington.

It is now impossible to write what is known.  What I know, others know and nobody is talking.  None of us, even if some cared about the truth, could tell us or would be allowed.

The real target, as outlined by Netanyahu at Finks Bar, has always been the US.  Russia and Israel have some strong things in common, fear and hatred of those who staged the events of World War II, endless millions of Russians dead at the hands of a dictator put in place by London bankers and their friends on Wall Street.  That hatred runs deep.

This is why Thomas Mattingly was murdered.  Others at VT are threatened as well, the story is never meant to be told.

America has been riven with hatred, racial, regional, class envy, since its inception.  It has forever been a playground for Europe’s Black Nobility, who have grown rich on exploitation, war, market manipulation and two centuries of “pump and dump” economic events that has bled America’s natural wealth into a sea of debt.

Key to running America has been squashing democracy, through coup upon coup, poisoning FDR, destroying Truman, murdering Kennedy, rigging the 68 election and getting caught in 72, destroying Carter.  The breakthrough was Reagan, who deindustrialized the US, destroying trade unions and building a fertile ground for the Duck Dynasty fascist dictatorship that Trump inherited.

Years of voter suppression, gerrymandering and a program of radicalization through religious indoctrination and hate mongering has prestaged what we have today.

What Do We Have Then?

Through deep penetration of the GOP, initially through the Murdoch organization and its gift of Fox News, through stages, Reaganites, then “contract with America” and the Tea Party and finally the pure Bolsheviks of the neoconservatives the hook was planted.

9/11 reeled America in, the marriage made in New York, the Kosher Nostra brought in from Russia, married to the MEGA billionaires who inherited Meyer Lansky’s “Murder Incorporated” mantle and the rise of Christian Zionism.

Behind it all, the Luciferian roots of Freemasonry that has disguised itself over and over.  They were the Nazis, the Muslim Brotherhood, they are ISIS and al Qaeda, they are the Likudists, they are Christian Evangelism, hiding behind guises like “Deep State.”

Today, in Washington, they are Homeland Security, they control the service academies, Annapolis, West Point and the Air Force Academy in Colorado, Springs.  They control our nuclear arsenal, they use the nuclear inventory of the DOE as a “candy store.”

What was originally sold as “populism” was quickly pushed aside for what it really is, fascism, Likudist fascism, Bolshevik fascism, all that chatter about Democrats and “socialism” when “corporate socialism,” and its love affair with bigotry and ignorance such as has not been seen since the Middle Ages, best expressed in the ramblings of Sean Hannity.

Hatred of elites, hatred of immigrants, hatred of minorities and, call this irony, call it payback, but a venomous hatred of Jews bought and paid for by wealthy Jewish gangsters who are given a free ride by their fellows for their support of the criminal state of Israel and its organs of power that enslave the US…that have sold the US to Russia “on the cheap.”

Since 2015, VT has been under investigation by both the FBI and FARA at the DOJ for our Russian contacts.  We are the only publication in the US that has a Russian diplomat on its staff, though Gene has only written one article, maybe 300 words, in 5 years.

VT gets no direction from Gene Khrushchev nor do we direct him.  I can say this, I have often asked Gene to place articles I consider vital on the desk of Russia’s Foreign Minister, Lavrov.  Is that an “influence operation”

What they have done to the America people is worse, endlessly worse…

February 7, 2021, an Intel Drop: The Truth Behind Red Don and his Duck Dynasty Warlords

The views expressed in this article belong to the author and do not necessarily reflect the editorial policy of The Alternative World.
Tags: USA

0 thoughts on “Intel Drop: The Truth Behind Red Don and his Duck Dynasty Warlords”