Harvard Morons: 43% of White Students Admitted as ‘Affirmative Action’ for the Rich 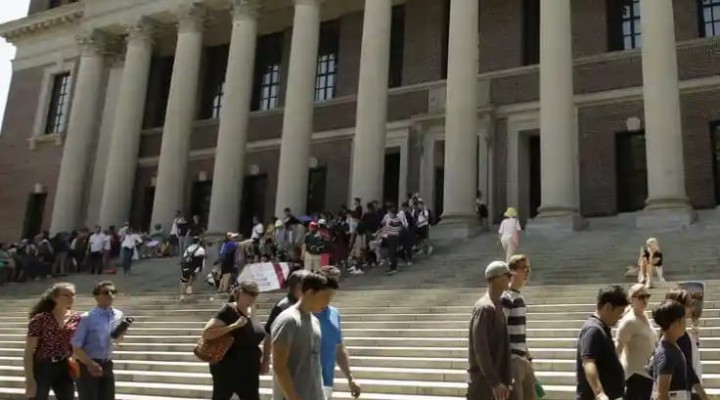 Guardian: Ever wondered what it takes to get into Harvard? Stellar grades, impressive extracurriculars and based on a recently published study, having deep pockets and a parent who either works or went there. Those last two are pretty important for Harvard’s white students because only about 57% of them were admitted to the school based on merit.

In reality, 43% of Harvard’s white students are either recruited athletes, legacy students, on the dean’s interest list (meaning their parents have donated to the school) or children of faculty and staff (students admitted based on these criteria are referred to as ‘ALDCs’, which stands for ‘athletes’, ‘legacies’, ‘dean’s interest list’ and ‘children’ of Harvard employees). The kicker? Roughly three-quarters of these applicants would have been rejected if it weren’t for having rich or Harvard-connected parents or being an athlete.

Here’s the thing– Harvard is insanely competitive. The admittance rate for the class of 2025 was 3.43%, the lowest rate in the school’s history, in a year that saw an unprecedented surge in applications. But as more and more comes to light about Harvard’s admissions process, it’s clear that the school’s competitiveness is not just based on academic strength or great test scores, but also whether or not your parents or grandparents have donated significantly to the school.

This dynamic is inherently racialized, with almost 70% of all legacy applicants at Harvard being white. According to the study, a white person’s chances of being admitted increased seven times if they had family who donated to Harvard. Meanwhile in stark contrast, African American, Asian American and Hispanic students make up less than 16% of ALDC students.  Read more…

Harvard Morons: 43% of White Students Admitted as ‘Affirmative Action’ for the Rich

This Is Harvard University Today

0 thoughts on “Harvard Morons: 43% of White Students Admitted as ‘Affirmative Action’ for the Rich”