HOME / WORLD / Farce in Washington: They’re lying about not knowing an insurrection is coming 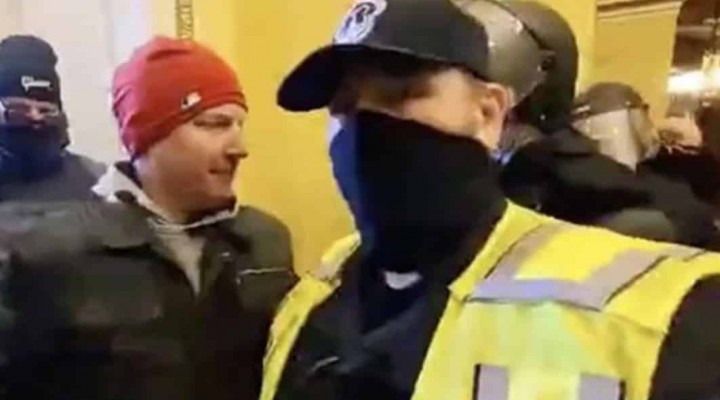 My bullshit meter is in the red. What we are drowning in isn’t just DC ass covering, its complicity in sedition and treason.

The FBI has and is filled with Trump supporters, at the highest levels.  Those in FBI Counter-Intelligence tasked with investigating Russian interference have blocked the mass of evidence against Trump and have, instead, become the problem.

The Secret Service?  Drugs, women, corruption at every level…

We all knew. I got dozens of emails, it was on InfoWars over and over and the Trump family warned us over and over as well, that the Proud Boys, Oath Keepers, their Russian financed “subsets” would be in Washington, armed to the teeth and “standing by” to attack the Capitol.

The FBI claims they sent a report, only one day before but sent how?  Email?  Capitol police, and we find too many of them fully complicit, say they didn’t see it, too busy “standing down.”

It was DHS that was tasked with coordinating, they were on total stand down as well.

The FBI didn’t call to see if the report was read, didn’t call to find how they could coordinate either.  Mind you, the FBI report said an attack was coming.  In the end, it was the FBI that had to secure the Capitol but they were on stand down as well.

Then we have the Pentagon and National Guard, they were on stand down as well.

Does Rangel have a “burner phone” for contacting criminal backers?

How many others?  How many senators?  Representatives?  We suspect more than a dozen.

Then we have the failures of normal procedures, the kind of stand down we saw on 9/11 when planes flew around, planes that could have hit schools, stadiums, the things that brought about the “shoot down” policy that had been in effect for many years but was never mentioned in the 9/11 report.

Planes also had CIA based hijack overrides run through the engine management system, this is classified but if needed, we will publish everything about this.

The stand downs?  The failures to act?  The complicity?  The secret service watching it all put together and now accused of meeting with coup leaders, who was there in the secret service, who else was with the Trump family?

Why are none of those who did and said exactly what Trump did or worse, and Trump’s impeachment was for a criminally prosecutable crime which is still unresolved…impeachment is administrative, not criminal……………

What we are drowning in isn’t just DC ass covering, its complicity in sedition and treason.  The stand downs, the members of congress but what about their staffers?  We need phones from not just Rangel and Cruz and others but their staff as well.

We also need a read on all phones used, as some of them were quite probably members of congress using burner phones communicating with foreign intelligence assets during the coup attempt.

0 thoughts on “Farce in Washington: They’re lying about not knowing an insurrection is coming”