Building a Case Against the Saudi’s for Nuclear Terrorism 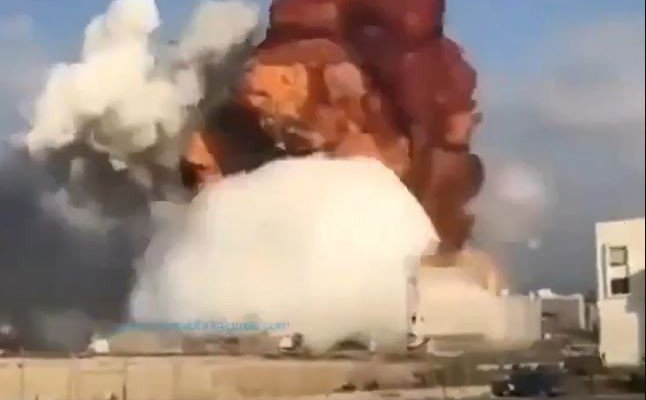 In recent months, reliable sources within the international NPP (Nuclear Non-Proliferation) community have confirmed the use of tactical nuclear weapons in first Eastern Ukraine and now Yemen.

Even when broad documentation is offered including but not limited to detailed plans for advanced nuclear weapons and direct proof of altered weapon inventory logs, the myth of the magic mushroom cloud and the eternally bottled “nuclear genie” have left the door open for unrestricted use of nuclear weapons “at will.”

A critical component of the threat the world faces today is the nuclear arsenal of Saudi Arabia.  With the KSA engaging in a frenzy of murder and mayhem in Yemen, the Kingdom is itself in the throes of disintegration.

Some of what we will cover today is background as to how Saudi Arabia became a nuclear power, the world’s hub of religious extremism and pathological ignorance.

In May 2002, midpoint between the 9/11 attacks and the ill-fated US attempt to blitzkrieg seven nations in the Middle East, a young prison intern named Chandra Levy disappeared.  Democratic Congressmen Gary Condit would be blamed for the murder in the press though it was a tossup whether Ms. Levy’s two beaus, Dick Cheney, then Vice President or Condit had done the foul deed.  Years later a street criminal would be arrested and convicted of the crime. Chandra Levy, to all intents and purposes, was placed next to Condit and Cheney by handlers in Israeli intelligence.

The question is why?  We will look for those reasons now.

To most Americans, Condit, now running an obscure environmental group, had a lackluster career in congress before being forced out by scandal.  However, the truth is something very different.

The article from the March 2002 New York Post tells the story of a Ukrainian, not Russian, general and a tale of a single missing nuclear weapon.  Condit, as a member of the House Intelligence Committee and holding the highest security clearances, ran the American nuclear buy-back program, tasked with outbidding arms dealers as literally hundreds of former Soviet nuclear weapons came on the market.

When Michael Shrimpton would go to British intelligence a short decade later with a similar story, he would be jailed, silenced and called insane.

A while ago we were rocked to our socks by the horrifying news that in October, the CIA had information (later deemed as smelly as a 7-day-old fish), that terrorists had sneaked a 10-kiloton (20 million pounds, give or take a couple thousand sticks of TNT) portable nuclear weapon into NYC.

Portable? Right off, you gotta wonder how a 10-kiloton anything could be portable – right? I mean, the Statue of Liberty weighs only 450,000 pounds, and it would be very tough to, say, sneak her around the city. But then I discovered that a kiloton is actually a measure of explosive power – not an actual weight.

In fact, maybe there still is a bomb – it’s just that the driver’s been lost since October. It’s not that NYC cabbies – of all backgrounds – are terrorists disguised as drivers, they’re drivers disguised as terrorists.

Anyway, the original story that appeared in Time magazine reported that the feds’ bomb scare corresponded to a Russian general’s report that he thought he might be missing a 10-kiloton bomb from his nuclear arsenal. Might? You’d think the Russians would keep a better count. But then again, after the Olympics, it’s clear they have a problem in that area.

In 1989 Gary Condit was elected to congress, as the world was turning upside down.  Though a democrat, Condit was closely aligned with right wing extremists and the Israel lobby.  They secured for him a committee assignment with House Intelligence, a senior position he was utterly unqualified for in any way, shape, manner or form.

During the Clinton administration, Condit voted with republicans against Clinton over 85% of the time.  As a reward, Condit was given another choice assignment, managing a secret multi-billion dollar slush fund used to buy any nuclear weapon that came on the market during the post-December 1991 dissolution of the Soviet Union.

This placed Condit in a bidding war against a German-British cabal that had made arrangements with Israel to refurbish and remarket these weapons to Saudi Arabia and other potential clients.

Condit faced serious conflict of interest challenges as his friends in Washington, including and especially members of a shadowy organization known as Project for a New American Century, opposed his efforts.

Most conspiracy theorists credit the planning of 9/11 to this group.  However, it is certainly no theory that PNAC had planned for the aftermath of 9/11 and had done so curiously in advance of an “unexpected” attack.

During this time, another California congressman named Sonny Bono became aware of this convoluted process, a rigged insider bidding war pumping American billions down a rat hole while nuclear weapons were being openly “cherry picked” for the international arms market.  When congressional leaders refused to investigate Bono’s revelations which included massive financial fraud tied to Americans “Condit led” nuclear weapon buyback program, something had to be done.

In January 1998, Bono, an expert skier, is said to have been killed skiing.  Former head of the FBI’s Los Angeles office, Ted Gunderson, acting as a private citizen, investigated the case and came to the finding that Bono was beaten to death in an ambush and the skiing accident was staged.

In 1990, Benjamin Netanyahu was in Jerusalem, sitting at a table in Fink’s Bar, a famous local watering hole.  With him was an IAEA investigator, now an editor at Veterans Today.  Monitoring was an American team under the US Embassy defense intelligence group.  Heading military mission for the embassy at that time was another Veterans Today editor.  Both have confirmed the Netanyahu quote below:

“If we get caught they will just replace us with persons of the same cloth. So it doesn’t matter what you do, America is a Golden Calf and we will suck it dry, chop it up, and sell it off piece by piece until there is nothing left but the world’s biggest welfare state that we will create and control.

Why? Because it’s god’s will and America is big enough to take the hit so we can do it again, again and again. This is what we do to countries that we hate. We destroy them very slowly and make them suffer for refusing to be our slaves.”

Netanyahu was then the subject of an investigation into the illegal trade in nuclear weapons and high level espionage against the United States.

With Netanyahu coming out on top in the recent political struggle in Tel Aviv, the “tiger” has been caged, documents scheduled to be released tying Netanyahu to selling nuclear weapons to Saudi Arabia have been put back in the drawer, for the time being at least.

Netanyahu knew his life and freedom was on the line, he has made so many enemies, even more than he can imagine.

When Netanyahu finally falls, it will also mean the end to nuclear terrorism and the deniability of the too oft used “weapon of last resort” in acts of state terrorism.

Building a Case Against the Saudi’s for Nuclear Terrorism