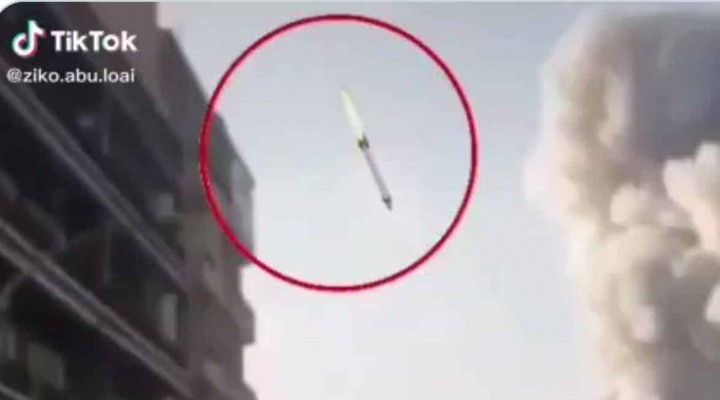 Absurdity squared: YouTube and Facebook “Fact Checkers,” employed by the people VT claims staged the attack are wiping the evidence from the internet…who would have guessed it.

6 videos showing an Israeli nuclear tipped missile, from two separate infrared sources.  But long before any videos showed up on Twitter or Facebook, all being quickly “fact check” banned, we had this frame of the same missile, same angle, proving all the videos which are strangely alike to be absolutely true.

If 9/11 happened today, Facebook would ban the planes and insist the buildings were still standing.

YouTube killed the video based on a complaint from the Israeli government.  However, we still have it in Twitter and you can see the missile come in.  However, below you can also see stills of exacting detail, showing enough of the missile itself to clearly identify it.

This infrared video makes much more sense than ammonium nitrate on its own. Yes NH4NO3 is an oxidising agent and explosive under the right conditions, it is also very stable.

Judge for yourself. Doctored video? Different location? Or #Beirut attacked?pic.twitter.com/T0LnUqDvoy

Censorship of the video by YouTube is taken as evidence, not that the video is genuine, of course it is, you can’t fake infrared, but that Israel is terrified for the first time in a very long time.

At 6 seconds into the 30 second video, the detailed outline of an Israeli nuclear missile is seen.  The video clearly shows the trajectory, the missile itself and the impact.

This is the proof that was being kept from you…

The next frame knocked the camera down.