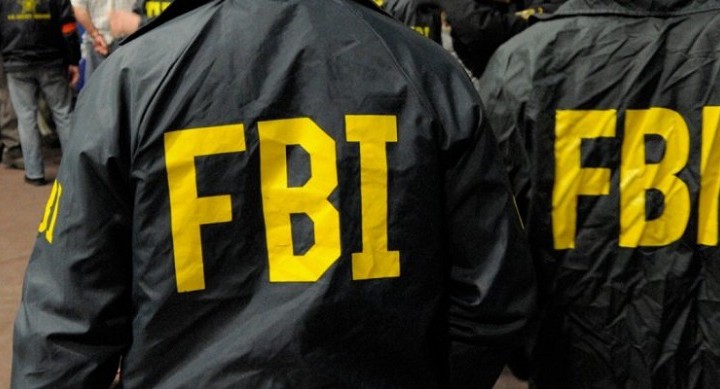 The media is filled with attacks on Google Corporation and “whistleblowers” who now tell us that Google has just begun interfering in politics because it hates Donald Trump and will do anything to prevent his reelection.

Blacklists have been published, showing hundreds of websites banned, 90% of them almost “0” traffic and unheard of, this being proof that Google is “evil.”

However, when the websites listed were reviewed, of the higher traffic extremist or smear sites, several have always been “Google sponsored” and still are to this day.

A review of the claims now being made against Google aren’t false, Google does interfere with elections, Google censors, fakes news and does have an agenda, but there is one problem. The recent veritable army of Google critics seem to have things totally backwards, almost as though they were being paid by Google itself. Are such things possible?

That answer is simple, not only are they possible, they are mandatory. This is exactly how the world of fakery and “trolldom” works, and what is defined by “controlled opposition.” Google controls its own opposition.

One issue defines all social media and its ownership and control and that is US policy toward Israel.

Google and Facebook openly support Israel and are known to do anything to sabotage candidates that take these stances:

But it goes further as well:

And then there is one more:

Here, Google Corporation has made their news policies clear, something the would be “whistleblowers” and “Project Veritas” have ignored out of bias or incompetence or some other reason.

It seems “Project Veritas” investigates only opposition to powerful corporations or individuals that support voters’ rights, environmental protections or freedom of speech.

A more careful check finds that, rather than supporting free speech or limiting the power of elites over the electorate, PV opposes trade unions, environmentalists, real election watchdogs and, above all, anyone who supports UN resolutions involving Israel.

Then again, did Google really try to sabotage Trump’s election?

To look at this issue more thoroughly, we go back to 2017 when I was questioned by Mueller investigators for what the Washington Post alleged was my role in RussiaGate.

The case in point I used for the FBI was Google Corporation and their complicity with a massive number of fake and slanderous websites that suddenly appeared in Macedonia before the election. From OCCRP:

“A joint investigation by the Organized Crime and Corruption Reporting Project (OCCRP) and partners has uncovered new information that rewrites the story of the fake news boom in the Macedonian town of Veles.

A week before Election Day in 2016, BuzzFeed News revealed that young men and teens in Veles were running over a hundred websites that pumped out often false viral stories that supported Donald Trump.

Media outlets from around the world descended upon Veles to tell the story of how the so-called fake news teens — many of whom had a shaky understanding of English — made large sums of money from digital ads shown next to their misleading stories about US politics.

Rather, it was launched by a well-known Macedonian media attorney, Trajche Arsov — who worked closely with two high-profile American partners for at least six months during a period that overlapped with Election Day.

One of those Americans, Paris Wade, is now running for office in Nevada. Arsov also employed other American and British writers, including at least one who currently works for US right-wing conspiracy site Gateway Pundit.

The investigation also reveals that at least one member of Russia’s “troll factory,” who has been indicted by US special counsel Robert Mueller for alleged interference in the election, was in Macedonia just three months before the web domain for the country’s first US-focused politics site was registered.

Reporters did not find any evidence connecting the Russian, Anna Bogacheva, to the Veles sites. Arsov denies any links to Russia.

But now Macedonian security agencies are cooperating with law enforcement in the United States and at least two Western European countries to probe possible links between Russians, US citizens, and the pro-Trump “fake news” websites, two senior Macedonian officials said.

Bogacheva and Arsov are among more than 20 people being looked at in two overlapping investigations in Macedonia, according to the two officials, who hail from different agencies in the country and were interviewed separately.

The investigations are “still in a very early phase,” one of the officials told reporters. As of publication, none of the Americans involved with Arsov’s sites are known to be under investigation.

A senior FBI agent familiar with the Macedonia case confirmed that the bureau is assisting with the investigations. The agent said that information determined to be of interest to Mueller is being shared with his office, but declined to comment further.

Macedonian security officials said it’s not clear that anyone involved in the Veles fake news operations broke the law.

But what is clear is that the powerful forces of Facebook, digital advertising revenue, and political partisanship gave rise to an unlikely global alliance that increased the spread of misleading and false news in the critical months before Election Day.”

However, the information I gave the FBI on our investigation was different, much more thorough and supported by substantive documentation.

To begin with, it was Google Corporation that, from day one, heavily promoted the 1200, not 100, fake websites, pushing their fake output in Google News and even in the most unlikely searches. You search Google for ideas about knitting and Google sends you to a Macedonian website about Hillary Clinton running a pedophile ring out of the non-existent basement of a pizza restaurant.

Moreover, when we sent our investigators to Velas, Macedonia, of course we found no students who suddenly decided to back Russia and get Trump elected. What we did find was evidence that an intelligence agency had visited the area and hired what we call “crisis actors” to tell anyone who came to the area this fake story, blaming Russia.

Behind this, we found a “working group” of Turkish and Israeli intelligence operatives including some who were connected to efforts to hire former Defense Intelligence Agency director, General Michael Flynn, to lobby for the US government to extradite Erdogan enemy Fethullah Gulan to Turkey.

On December 12, 2018, Flynn was indicted with co-conspirators from Turkey related to this effort.

“A grand jury in the Eastern District of Virginia has indicted Bijan Rafiekian and Kamil Ekim Alptekin, both associates of former National Security Advisor Michael Flynn, for efforts to secure the extradition of cleric Fethullah Gulen from the United States to Turkey.”

During my interview, the FBI asked if I could arrange a meeting with Gulen, which I declined.

My assertion what that Google Corporation was, in itself, acting as a defacto foreign agent on behalf of the governments of Saudi Arabia, Turkey and Israel, and not Russia at all.

I further added that the makeup of the management of both Google and Facebook and their relationships with the government of Israel, when seen in light of their actual bias, not just in the fake Macedonian posts, which really came from Israel, but in demonstrable patterns of both promotion and suppression, would be more likely to yield real results in an investigation of foreign interference in an American election.

What it seems we are faced with is an effort which we believe will trace down to Google Corporation, to portray itself as a victim to some but, a far more insidious agenda, an enemy of Donald Trump, the candidate they worked so hard to put in office in 2016.

What we believe we can establish is that Google’s own efforts to promote the fake idea that they are somehow anti-Israel and anti-Trump, is a ruse or as it is called in military terms, a “cover and deception operation.”

Truth-tellers Are Being Censored