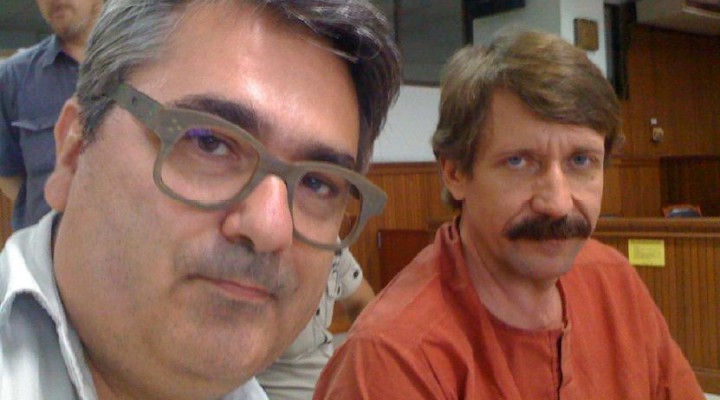 Bout led the team that supplied the nukes for 9/11

US President Joseph Biden approved a plan to exchange Russian businessman Viktor Bout, convicted in the US, for Americans Paul Whelan and Brittney Griner, who are in Russia, reports CNN.

Who is Viktor Bout, Russia's 'Merchant of Death' who could be freed in prisoner swap for Brittney Griner? https://t.co/VUlM2VWouf

Viktor Bout was sentenced in the United States to 25 years in prison in 2012. He was accused of organizing murder, terrorism and arms trafficking. The Russian citizen denied all accusations against him.

Basketball player Brittney Greiner was detained in February this year at the Moscow airport. During the search, drugs were found in her. A US citizen faces up to 10 years in prison.

Former US Marine Paul Whelan was sentenced in Russia in 2018 to 16 years in prison for espionage. He is serving time in a colony in Mordovia.   \

The story below was written and published 2 years before our CIA/IAEA sources send us docs proving Bout provided the nukes used on 9/11, teamed with his Khazarian Mafia masters. This is where we began the most successful and most silenced investigation in history

Victor Bout Must Be Silenced!

Victor Bout, the “Lord of War,” has been sentenced to 25 years in prison, supposedly for trying to sell two FBI agents “missiles” while he was hiding out in Bangkok.

The same FBI agents were there to interview Dimitri Khalezov, VT staffer who they would also love to silence.

With the massive amount of gun running that is done on the planet, with even western governments supplying rogue groups so they always have an ‘incident de jour’ that is just a phone call away, the intense focus on Mr. Bout caught our attention.

He was just not that big a deal to warrant that much heat. We knew of much larger and more dangerous operations being run that seemed to have major political protection.

The operation of selling automatic weapons to the Mexican drug cartels so that they can then be traced was a rare public example of some of the insanity that goes on. In almost every case the screw ups are hidden behind a national security classifications, the only god that is truly worshiped in the Intel world.

Independents do not really operate doing such things in the real world. They are working for somebody big…much bigger…who can protect you from prosecution with the age old get out of jail card: “He’s working for us.”

The following video shows a cruise type missile hitting the Pentagon. It was taken from a NORAD satellite at great distance. How do we know? We just do.

Bout’s conviction is false.  His crime is a simple one, he supplied the Bush administration and its Israeli assault team headed by Mike Harari, Mossad Operations Chief, with the missile used to attack the Pentagon on 9/11.

Below find one of the interviews that simply don’t exist:

The operational headquarters in Bangkok is also responsible for aiding in the Oklahoma City bombing blamed on Timothy McVeigh, the Bali bombings and other “false flag” terror attacks.

Moscow (CNN) — Russia criticized the United States on Friday for handing down a 25-year sentence to Russian arms dealer Viktor Bout, saying the verdict against him was “baseless and biased.”

Bout, who denies wrongdoing, was sentenced Thursday to 25 years behind bars by a federal judge in New York.

Bout, who was dubbed “the merchant of death” by his accusers, was convicted last year on four counts of conspiracy to kill Americans, acquire and export anti-aircraft missiles and provide material support to a terrorist organization.

In a statement, Russia accused the United States of seeking a forced confession by “creating intolerable conditions of detention, physical and psychological impact.”

In addition, the Russian foreign ministry said, U.S. authorities also encouraged a media campaign against Bout, which was bound to influence the jury.

The foreign ministry will do everything it can to bring Bout back to Russia, its statement said.

Russia has demanded Bout’s release.  This means that Putin, despite his public pronouncements otherwise, is fully aware that Bush and Israel are responsible for 9/11.  Bout only supplied the weapon, he didn’t plan the attack.

He simply thought he was doing an arms deal with Israel and the United States, the same thing he had been doing for years.  This was his job and these were his actual clients.

There was no “sting operation” involving Columbia and Stinger missiles, the whole thing was entirely invented.  Bout was detained on US demand to be silenced as he had spoken to too many people about how he resented being involved in 9/11.

Bout is innocent of any crime and the real criminals are living in safety and luxury though Bush, Cheney, Rumsfeld and others are not free to travel as they face arrest for war crimes involved in the illegal attack on Iraq.

We have direct confirmations on Bout’s account of his sale of a cruise type missile to the United States in 2001 and of attempts to recruit another Russian national to aid Israel in the execution of the Bali bombing.

VT correspondent and former member of the Soviet 12 Nuclear Directorate, Dimitri Khalezov has confirmed his meetings with Mike Harari of the Mossad.  He was with Harari and his son at a celebration of the 9/11 attack on September 12, 2001 in Bangkok.

Harari took full credit for planning the attack and spoke openly of it during the celebration, a breakfast in Bangkok.

Our VT correspondent took down every word and, in 2007, made a full and detailed report of this and the Bali bombing to FBI agents.

The agents admitted they were aware that 9/11 was an “inside job” and knew Harari was involved, admitted they had known for years.

Bout stated that a Granit missile, a Soviet cruise type missile was sold to the US for the Pentagon attack.  Films of the attack made by NORAD satellite show a missile but it is impossible to differentiate between a Granit or one of the American varieties.

Reporting the news has always been difficult but now it is treated as an act of criminality.

We want the American government to release Dr. Aafia, Victor Bout and the thousands of “prisoners of economic convenience” that are still being held after Bush era kidnappings under the phony “war on terror.”

We would also like to see the real parties responsible for the Pentagon attack arrested, even if it doesn’t leave a single republican out of prison.

As for Victor Bout, he is in jail for 25 years to silence him on 9/11. We know this, we can prove it and now you know it. Do you hear me Mr. President?

Editing:  Jim W. Dean   … A present below to our ‘special’ readers as a thank you from Veterans Today. This is a piece of history for your permanent files. Such things are not easy to come by. But we have many, so we thought we should share.

0 thoughts on “BigStory: Biden to Trade 9/11 Insider Victor Bout for…”