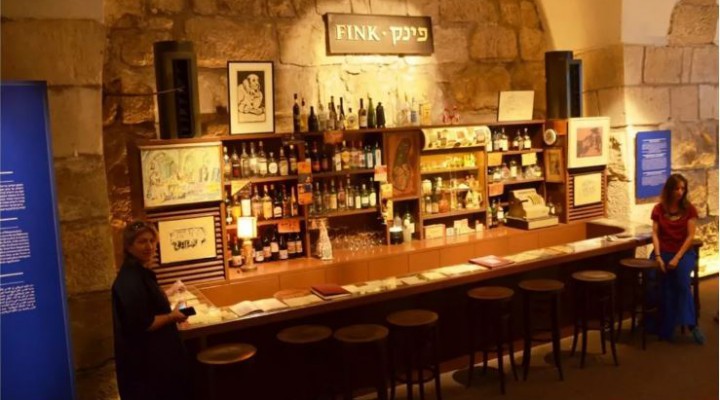 TID: We have been reminded that this piece from Thomas Mattingly points the finger at Israel for the current state of affairs in the US, near civil war, armed gangs of fake prison guards waiting to be deployed to block an election and a suicidal civil insurrection by MKUltra zombie Trumptards.  Read why…

Why the U.S. did not remove Saddam Hussein from Iraq during the First Gulf War has affected all U.S.-Mideast policy since 1990. U.S. President GHW Bush brought a broad coalition of Muslim/Mideast, European and other militaries to Iraq – the largest in history assembled for a single purpose – to oust Saddam. Why did the U.S. not succeed?

Who wanted Saddam in Iraq? The answers are complex; but for now, we can say this: Saddam in Iraq was vital to Bibi Netanyahu and his loyalists – as a balance to Iran.

After U.S. and others destroyed Iraq with Gulf War 1 and US/UN-Iraq sanctions (while leaving Saddam in place), Bibi and his loyalists (NeoCons+) needed a reason for U.S. to remain in Mideast, since Iraq was no longer a threat to Iran. ISIS/ISIL (IS/Daesh) to the rescue… Recently and now, Bibi/Israel, GW Bush, Obama, Hillary, Trump and Putin all need Russia and U.S. to remain in Iraq and/or Syria. If not, then NO ‘raison d’être’ …

Since 1997+, the U.S. has needed permanent war to justify its existence in the Mideast. Prior to and after October 2015, both Russia and the U.S. needed IS/Daesh. Otherwise, their presence in Mideast would be unnecessary. Other Mideast terrorists were a bonus.

As constitutional and national security crises loom in U.S. and around the world, 9/11 history and Mideast+ conflicts again rear their ugly heads.

To know “What’s Next?” and to avoid World War 3, President Donald Trump and others may need to know how the U.S. arrived at today. Otherwise, Trump and others will repeat the history that they do not know. In two Gulf wars and otherwise, current Israeli Prime Minister Binyamin (“Bibi”) Netanyahu and others played a significant role in this history. Let us return now to Bibi and the thrilling days of yesteryear…

In 1990, after returning to Israel and after being Israel’s UN ambassador in New York, and before the First Gulf War, Bibi Netanyahu was in Jerusalem at Fink’s Bar – dining and drinking with high level U.S. Embassy staff and others.

Bibi and his loyalist group at a Fink’s Bar private table in Jerusalem had just stolen five (5) NSA-developed KG-84A cryptographic devices in Golan Heights (with help from Canadians serving with the United Nations Truce Supervision Organization), giving Bibi, his loyalists and others real-time access to all U.S. State Department, U.S. Navy and NATO communications.

This is what Bibi Netanyahu said while sitting at the head of that private table in Fink’s Bar (transcribed from a secretly recorded audio of Netanyahu at that meeting – words that few Americans, Israelis or others have seen or heard until today):

“If we get caught, they will just replace us with persons of the same cloth. So, it does not matter what you do.  America is a golden calf; and we will suck it dry, chop it up, and sell it off piece by piece until there is nothing left but the world’s biggest welfare state that we will create and control. Why? Because it is the will of God, and America is big enough to take the hit; so, we can do it again and again and again. This is what we do to countries that we hate. We destroy them very slowly and make them suffer for refusing to be our slaves.” [Confirmed by an “attendee” during a debriefing.]

Bibi Netanyahu Is a Russian Spy

During Bibi’s pre-1988 time in the U.S. as Israel’s UN ambassador, Bibi was also Israeli spy Jonathan Pollard’s “handler” for others in Israel, as per VT staff who worked closely with President GHW Bush and his National Security Council. Then and afterwards, Bibi was also a spy for USSR and Russia, as per VT sources. Thanks to Bibi, U.S. intel stolen by Pollard also went to Russia. That’s what U.S. intel has not yet said (i.e., TS+).

In 1984, during the Iran/Iraq War, Israel bombed Iraq’s nuclear facilities at Osirak – supposedly to protect Israel from a nuclear attack by Iraq. However, during the war, if Saddam had a nuclear weapon, Iraq’s first target would have been Iran – not Israel. So, Israel may have protected Iran (for which some Iranians are begrudgingly grateful).

During the Iran/Iraq War (1980-88), some/many Israelis, Americans and others were saying, ‘Let the Muslims kill each other.’ But before, during and after the war, Bibi’s loyalists needed a strong Saddam in Iraq as a continuing enemy of Iran, which was and is Israel’s most powerful economic and geopolitical rival in the Mideast. So, Bibi and his ‘visionary’ loyalists did not want Saddam to be removed during the 1991 First Gulf War.

President George H.W. Bush learned of the Israeli espionage and theft of NSA KG-84A encryption devices during the First Gulf War, noting that America would be defenseless against Russia in a nuclear war.

As Bibi and his Israeli/Russian/U.S. loyalists wished, the U.S. then pulled out of Iraq earlier than planned — leaving Saddam in place (1991+).

During the First Gulf War (+/-96 hours), an implicit/explicit risk was this: Had Saddam been removed, with subsequent U.S. occupation of Iraq, the occupation would be a foundation for orchestrating geopolitical confrontations that would escalate into WW3 (nuclear+) – with careful ‘guidance’ in Washington and Moscow to ensure the result.

Above is the little-known history of why the U.S. did not remove Saddam during the First Gulf War. The above events influenced all subsequent history in the Mideast. President Donald J. Trump, former National Security Adviser Michael Flynn and Trump’s continuing military and foreign policy advisers may or may not know this history.

The above vulnerabilities, combined with spying by Hansen and Pollard (both working for Israel+) and by others more successfully protected by AIPAC, made 9/11 possible – by ensuring that America’s enemies had daily access to decryption keys and intel. You and a few others now know the source of the U.S. nuke weapon launch codes openly conveyed to White House switchboard operators on September 11, 2001.

By 2001, one of the above espionage suspects would assume a U.S. cabinet post; one would become the president’s chief counter-terrorism advisor; and another would be special envoy to Afghanistan during the initial stages of the US-Afghan War. Their close cohorts continue to control the New York field office of the FBI until this very day (including 2016 U.S. elections); and others continue to control the National Security Agency and Department of Homeland Security. We call them “the usual suspects.”

Israeli Prime Minister Binyamin (“Bibi”) Netanyahu will visit President Donald J. Trump and the White House on February 15 (today). Trump’s son-in-law and special advisor Jared Kushner has played and will play a role in Trump’s relations with Bibi and Israel – as will Trump’s Chief Strategist Steve Bannon, who has an office near Bibi in Israel.

“We are going to take things on with a rough attempt at stating their importance, the biggest disaster is Steve Bannon and Jared Kushner; Kushner is a pig-skinned little toad with an Israeli passport who served in the IDF. He is one of the most unremarkable people on earth, the talent and intellect Uber missed his pickup spot. He is the primary advisor to the President of the United States in areas of national security, behind him is Benjamin Netanyahu and anyone who doesn’t know that Netanyahu both despises the United States and is utterly insane is not paying attention.

“Then we have Steve Bannon, a failed blogger and a real Jew hater who sees himself as the ultimate American tough guy; no military experience, a potty mouth and a long history of screaming at people in line at Starbucks. Like Kushner, Bannon has spent his life as a toad and ass kisser.”

On Trump’s National Security Council, Bannon displaced Trump’s Joint Chiefs of Staff Chair and Trump’s Director of National Intelligence, who are now “optional.” Bannon and Kushner were two of a small number involved in decision-making processes on Trump’s failed Yemen raid (which killed one or more U.S. special forces soldiers and an indeterminate number of Yemeni women and children) – with questionable results, at best.

Given the truth of the above claims about Bibi, Bannon and Kushner, VT’s “Intel Drop” may have sardonically engaged in significant understatement. Too harsh by half?

After 9/11, Netanyahu told Israeli media outlets that the events of 9/11 had helped Israel to get U.S. President George W. Bush, the U.S. military and others to ‘wake up to what Israelis face every day.’ As usual, mainstream media ignored Bibi’s 9/11 cheerleading.

As per firsthand knowledge and investigations by VT authors, staff and sources, Bibi and Bibi’s Israeli/U.S./other loyalists were involved in the planning and execution of 9/11. Bibi’s Israeli intel boys and girls were also present in New York and New Jersey on 9/11/01 – openly filming and celebrating 9/11 events. Bibi now returns to celebrate…

9/11 was intended to lead to the U.S. bombing, invasion and occupation of Iraq, Syria and Iran — and the takeovers of several other countries, as per U.S. General and NATO commander Wesley Clark (retired).

Bibi, U.S. and others installed Morsi as Egyptian president to order the Egyptian military to join the invasion of Syria to oust Bashar al-Assad. Not! When the Egyptian people and military ousted Morsi, then Russia, China & Mideast nations rushed to fill the void.

Such conflicts were designed to escalate into a nuclear World War 3 with Russia and others – in which the U.S. would lose. This is what Trump, others and we confront today – with Flynn no longer present and Netanyahu in town to persuade Trump & Co.

During the presidency of George W. Bush, I was involved in activities related to Iran. See my VT article, “Beavis & Butt-head ‘Do’ Iran – and World War 3.”

Former directors of Israeli military and intelligence groups know the above and that Bibi is not good for Israel or Israelis (or for America).  So, they openly opposed Bibi during the last Knesset elections. Regardless, Bibi is Israeli PM; and Bibi controls Israel. In the fairly near future, Israel will probably hold new elections, which Bibi will probably lose.

VT’s recent “Intel Drop” and other VT articles on U.S. elections indicate that U.S. election skewing and rigging were done by Bibi, Bibi loyalists, an international criminal cabal, and U.S. intel and law enforcement agencies in which Bibi and loyalists have much influence. Democrats say ‘Putin and Russians did it!’ Such BS. However: …

If or since a small group of Israeli/Russian/U.S. oligarchs and mafia types may now control Bibi, Putin and Trump (before and after elections), both assertions may be true.

Completing the Criminal Takeover of the United States

The World If Gore Had Won