HOME / SOCIAL/CULTURAL / Atmospherics and the Googling of Humanity 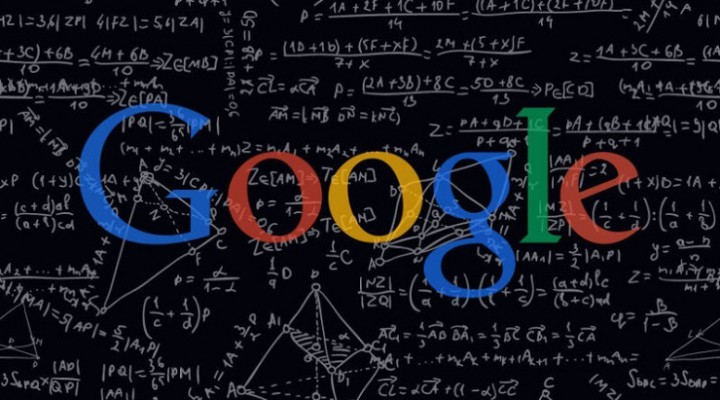 What can be done is being done. Moreover, those “doing it,” or “having it done” are products of a long disintegrating standard of humanity, morality and values. I will begin with an example, please be patient.

Some 50 years ago, I was serving in South Vietnam as a Marine. Notwithstanding that the war itself was insanity, predicated on lies and broken treaties, serving with a rifle squad gives one a much smaller view of events.

During the Vietnam War, the United States Marine Corps simply went insane. You see, they became obsessed with a single idea, that the 60’s drug culture would “infect” their elite organization. Of course, the Marine Corps, as it had become in peacetime between the Korean and Vietnam wars was far from elite, an organization of “bottom feeders” and unemployables as depicted in the 1960s TV comedy “Gomer Pyle.”

Few had seen combat, those who fought in Korea or World War II, had long opted out for a better life. What was left was the dregs, thus, America went to war where “the Few,” as Marines are told to refer to themselves as, were often drunken, overweight and illiterate.

When this gang of incompetents reached a war zone, they began an unending witch hunt against “potential drug abusers.” Little or no time was spent planning combat operations and, by 1969, many small unit leaders were drug informants with no knowledge of maps or using a radio, much less of combat operations.

The Marine Corps outlawed sunglasses and even some brands of cigarettes, based on conspiracy theories that such things were part of a violent subculture intent on overthrowing “the system.”

What is it Jim W. Dean so often says, “You just can’t make this stuff up?”

The Marine Corps lost men in Vietnam, due to these and other equally stupid circumstances, at a rate 4 times that of World War II. Combat units would return from patrols and operations to find that base areas had been subject to mutinies and, in some cases, officers and senior NCOs were living in underground bunkers fearful of being murdered by their own men.

Am I making this up, did this happen on Hill 10, Hill 34, Hill 55 or LZ Rockcrusher, and I could add two dozen names to this list?

We thought Vietnam was insane, but the lessons of Vietnam weren’t learned by the likes of Donald Trump or John Bolton, both of whom openly assert that they were “too important” to be wasted on a war. With leadership devoid of those who learned the folly of insanity the hard way, the post 9/11 world has been one, not only of unending war but of a singular focus, not on drugs but on terrorism.

There are only terrorists, or potential terrorists or Jihadists or varying processes where everyday citizens are now “potential enemy combatants” or “terrorist sympathizers.”

Right after 9/11 it began, a focus on technology to monitor the “individual threat level” of every human being on the planet, identifying “influencers” and those who might be influenced.

In the process, capabilities increased exponentially, and then again, exponentially still until the gulf between man and machine had disappeared, at least in the eyes of “data clients.”

You may think you are human. You are really “click bait.”

Your “devices” exist for one purpose, once the onion is peeled, to dangle images in front of you, often grotesque and perverse, and “fish” for your reaction. This is the AI of Google Corporation interacting directly with your subconscious.

Nobody needs your psychiatric files, no “Daniel Ellsberg” type FBI break-ins nowadays, not only is it all free, but you pay and pay and pay for the privilege of being violated, your every thought, your every movement monitored every minute of every day.

Chances are your phone counts your steps, it may well be counting your heartbeats as well, all going into a “cloud” where privacy advocates long ago gave up any hope of success.

You buy the device, you pay for service, you endlessly “subscribe” to one thing or another, your life, your “enriched” existence is there and it is seen and processed.

The science of seeing you, programming you and in nation after nation, selecting you for even broader surveillance or diminished personhood, is called “atmospherics.” What didn’t exist a decade ago is now a $100 billion a year industry and the buyers, once soft drink companies and car manufacturers are now political parties and governments.

“Atmospherics” is a secret, a term the public face of Google knows nothing of, not in any dictionary, known only to a few. There is a reason we mention “atmospherics” and “Google” in the same sentence as both terms are part of, not a “two-edged sword” but something far more sinister. We begin.

There is magic in the business models of Google, Facebook and other social media platforms like YouTube, owned by Google. Google enriches itself by selling access to content entirely created by others, content they censor at will, promote at will while Google “seeds” fake news, smears and conspiracy theories into the collective consciousness of a planet, driven by the most advanced AI or artificial intelligence on the planet.

“Atmospherics” is the pseudo-science of engineering all that data through fusion centers and creating “output.” You see, the NSA, America’s “listening ear” that taps every phone, hears and sees all but processes or “fuses” as it were, almost nothing. Google “fuses” everything, every email but more, with the help of their dark little friends, all VOIP phone calls, and by that we mean everything, gets listened to as well, far more than the NSA gets.

When you combined that with Facebook and their control of WhatsApp and Microsoft’s control of Skype, every expressed thought, be it a Facebook post, a comment on a blog site or what too many misconstrue as their private phone calls, all is heard, mixed with click bait output, cooked in a stew with friends, family and neighbors and we all become “product.”

Imagine this, there are maps of every square kilometer of this planet where people access the internet. Overlaying these maps is a web, showing who shares any commonality of any kind, pet ownership, religion, employment, same model motorbike, any and every “maker,” connecting the world together.

The EU has declared war on this capability, and the companies that ply the trade with names like “Analytica” and “Fusion,” and the output they sell to the fake democracies and tin pot dictators they serve.

There is only one reason for the data in the post 9/11 world, and that is to identify threats and where no threat exists to invent one. As with the adage, if a hammer is the only tool you have then all you see are nails, atmospherics and intelligence fusion, driven by AI, sees only threats.

Pet ownership can make someone seem “overly sensitive” which can be also seen as “easily influenced” and, when the insanity of the time takes hold, that translates to “easily radicalized.”

Then throw $20 trillion dollars at the problem the value of the tech industries behind the insanity.

Imagine this as a business model:

Content viewers, and by this, we mean “humanity” is subjected to customized, custom censored, custom propagandized, specialized content intended to stimulate consumption of useless goods and services while giving away all critical thinking capabilities.

There was a time when psychologists went to corporations with programs to increase sales by profiling potential customers.

In a world of corporations where faceless stockholder’s equity value justified all existence and any methodology, what many saw as a descent into barbarity supposedly took root. But they were wrong, so very wrong, it went further, so much further.

0 thoughts on “Atmospherics and the Googling of Humanity”