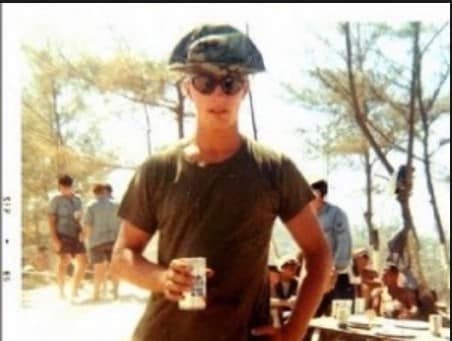 Chances are, your “input” from fake reality, news media, propaganda TV, the internet, has formed a view of the world, ideas about who is good and bad, ideas about what happened and who did it, that is false, so false that you are quite probably incapable of knowing how many things you hold to be “self evident” that are utter bullshit.

You see, if you found a piece of dog shit in your soup, chances are you might be offended yet every day of your life, you hear from others, you see, you absorb a wheel barrow full of dog shit and, chances are, pay dearly for it as well.

Never has a people worked so hard for so little and spent so much of their meager earnings to fund those who lie to them.  Got a smart phone?  Cable TV?  Newspapers?

Internet?  If not, do you talk to others who do?

If you receive information, I can assure you, and I am uniquely qualified in this area as some know, that all you “learn” is not just fake but in many cases personally engineered just for you to make you as big a horse’s ass as possible.  We begin….

Finding honor in serving ones country through the military now, even more than during Vietnam, takes a wild imagination and a very strong stomach.

Nixon’s volunteer army has as predicted, turned out to be a mercenary force for the banksters of the world, just as point out by Smedley Butler nearly a century ago.

All war is fraud.

Everything “America” does on the world stage is corrupt and we all know it.  Thus, when the few with access to real information are faced with the despicable lies pouring out of government and the press, including and especially the “certified true by Google and Facebook” Deep State propaganda machine…the concept of “patriotism” becomes a very dirty word indeed.

“They” of course manufacture 99% of the conspiracy theories they then “debunk” while washing all truth down the drain as well.

The result is simple.  America is the most beautiful and comfortable, for some at least, slave dictatorship in the history of the world.

For real Americans, those who care, surviving the shame has required looking away.

Despite the protestations of YouTube, Wikipedia, the Washington Post, Newsweek, the Hill, Politico and the entire Israel lobby, VT is perhaps the last and only real military publication in the US.

Lets be clear, you can’t be a real military publication of any kind without sanity.  Sanity is defined in saving that which you love, which means opposing war.

VT was begun by a core of Vietnam War vets, some of whom had also served in WW2 and Korea, those long gone by now.

For those of us who served in combat in Vietnam, that our brothers who returned were fighting to end the war, to expose its evil, to save our lives, was a sense of pride.  Each Marine who left Vietnam was tasked by his brothers to join those on the streets and fight for the rights and freedom of the Vietnamese people against the monstrous gang that was running the US and using its military as a hammer against the decent people of the world…as is done today.

All that served in Vietnam, and most certainly all that served in Afghanistan, Iraq, Syria and in marginal capacities in the fake conflicts elsewhere have to know that the US is and has been the enemy of the decent people of the world for a very long time.

Staging a fake Pearl Harbor on 9/11 was supposed to fix that, a paper thin false flag event supposedly staged by two dozen Saudi Arabians even then funded by the Wahhabist royal family, whose hijacked planes were somehow allowed, despite protocols in place for years, to fly around and look for soft targets….such as a Rose Bowl game, a school or those silly Mossad owned polluted and nearly empty towers in NYC carefully over-insured by organized crime.

I live near the Canadian border and spent much of my childhood in Canada but few who live near the border ever visit Canada.  I used to go to the Shakespearean Festival in Stratford every year, visit my Toronto family (Markham really) or fish on the French River or West Arm of Lake Nippising. No more.

Getting across the border is impossible.  Last time I was at a wedding in Toronto sitting at a table with, among others, a former CIA director and the Greek ambassador to Canada.  When I got back to the US crossing, Homeland Security wanted a list of everyone at the wedding, about 2000 people.

They had no reason, could have cared less, they just thought it would be amusing to demand that, be childishly insulting and make asses of themselves.  One of them was falling down drunk at the time.

That said, I generally love TSA people who have, at least to me, always been extremely polite and helpful though I am on the “do not search” list, put there by an equally helpful and polite FBI.

America is absolutely filled with decent people as long as you stay as far away from Washington, New York or Hollywood as possible.

That said, we return to the issue at hand, our own military where it is key that we differentiate between those who serve, though highly paid now and subject to extremely low “wartime risk” and those who hide inside the military to bilk the American public, meaning the officer corps and their partners in finance and thievery.

The questions are simple, should America be defended when the only credible threats to America come from within, in fact from our own leadership and our own military?

Is this “extremist” talk?

0 thoughts on “A Very UnAmerican 4th”