HOME / WORLD / US Duplicity over Golan Demolishes Posturing on Crimea 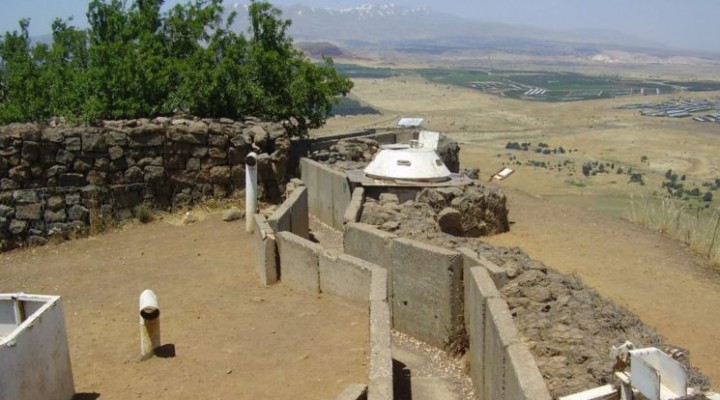 If the Europeans meekly go along with the US move on Golan, then they too should shut their mouths and their moralizing sanctions over Crimea.

In a controversial snub to international law, the United States signaled last week that it is moving to officially recognize the Golan Heights as part of Israeli territory. If the US does so, then it forfeits any moral authority to sanction Russia over allegations of “annexing Crimea”.

In its annual US State Department report, the section dealing with the Golan Heights reportedly refers to the contested area as “Israeli-controlled”, not “Israeli-occupied”. The change in wording deviates from United Nations resolutions and international norm which use the term “Israeli-occupied” to designate the land Israel annexed from Syria following the 1967 Six Day War.

Israel has occupied the western part of the Golan since 1967 as a spoil from that war. In 1981, Tel Aviv formally annexed the Syrian territory. However, the UN Security Council in 1981, including the US, unanimously condemned the annexation as illegal. The resolution mandates Israel to return the land to Syria which has historical claim to the entire Golan. The area of 1,800 square kilometers is a strategic elevation overlooking the northern Jordan Valley.

If Washington confirms its recent indications of recognizing the Golan as officially part of Israel, the development would mark an egregious flouting of international law.

But what’s more, such a move totally prohibits Washington from posturing with presumed principle over the issue of Crimea, the Black Sea peninsula which since 2014 voluntarily became part of Russia.

Just last month, US Secretary of State Mike Pompeo repeated accusations against Russia of “annexing” Crimea. Pompeo insisted that US sanctions against Moscow would be maintained until Russia “returns Crimea to Ukraine”.

“The world has not forgotten the cynical lies Russia employed to justify its aggression and mask its attempted annexation of Ukrainian territory,” he said. “The United States will maintain respective sanctions against Russia until the Russian government returns control of Crimea to Ukraine.”

Last year, Pompeo’s State Department issued a ‘Crimea Declaration’ in which it was stated that, “Russia undermines a bedrock of international principle shared by democratic states: that no country can change the borders of another by force.”

Claims by Washington and the European Union of “illegal annexation” of Crimea by Russia are the central basis for five years of economic sanctions imposed on Moscow. Those sanctions have contributed to ever-worsening tensions with Russia and the build-up of NATO forces along Russia’s borders.

Those claims are, however, highly contestable. The people of Crimea voted in a legally constituted referendum in March 2014 to secede from Ukraine and to join the Russian Federation. That referendum followed an illegal coup in Kiev in February 2014 backed by the US and Europe against a legally elected president, Viktor Yanukovych. Historically, Crimea has centuries of shared cultural heritage with Russia. Its erstwhile position within the state of Ukraine was arguably an anomaly of the Cold War and subsequent break-up of the Soviet Union.

In any case, there is scant comparison between the Golan Heights and Crimea, save, that is, for the latest hypocrisy in Washington. While Crimea and its people are arguably historically part of Russia, the Golan Heights are indisputably a sovereign part of Syria which was forcibly annexed by Israeli military occupation.

The illegality of Israel’s occupation of Golan is a matter of record under international law as stipulated in UNSC Resolution 497.

There is no such international mandate concerning Crimea. Claims of Russia’s “annexation” are simply a matter of dubious political assertion made by Washington and its European allies.

The latest move by Washington towards recognizing Golan as part of Israel – in defiance of international law – comes on the back of several other recent developments.

US Republican Senator Lindsey Graham made a tour of Israeli-occupied Golan last week in the company of Israeli Prime Minister Benjamin Netanyahu, pointedly transported by an IDF military helicopter. Graham said following his tour that he would recommend the Trump administration to officially recognize the area as under Israeli sovereignty.

Currently, there is legislation going through both the US Senate and House of Representatives which is aimed at declaring the entire Golan as Israeli territory.

The stark shift in pro-Israeli bias in Washington under the Trump administration is consistent with the White House declaring at the end of 2017 that Jerusalem is the capital of Israel. Again, that move by President Trump overturned international consensus and UN resolutions which have stipulated Jerusalem to be a shared capital between Israel and a future Palestinian state, to be worked out by (defunct) peace negotiations.

Why Washington has taken up the Golan issue as a prize for Israel at this time is not precisely clear. It could be seen as the Trump administration giving a political boost to Netanyahu for next month’s elections.

There has been previous speculation that Trump is doing the bidding for a US-based oil company, Genie Oil, which is linked to his administration through his son-in-law Jared Kushner’s family investments. The New Jersey company has a subsidiary in Israel, is tied to the Netanyahu government, and has long been aiming to drill the Golan for its abundant oil resources.

The Golan move could also be retribution meted out to Syrian President Bashar al-Assad over his country’s historic defeat of the US-backed covert war for regime change. The nearly eight-year war was also covertly backed by Israel which sponsored jihadist militia operating out of the Golan against the Syrian army. Having vanquished the US regime-change plot, thanks to crucial military support from Russia, Iran and Hezbollah, the payback could be Washington stepping up Israeli claims to annex the Golan.

But whatever the background explanation is, the initiative by Washington to legalize the annexation of Golan by Israel is a brazen violation of international law. In doing so, the US is officially sponsoring war crimes and theft of Syria’s sovereign territory. Or as the Crimea Declaration would put it: “changing the borders of another country by force” – supposedly a “bedrock principle” that Washington continually sermonizes about to Russia.

Crimea and Golan are different issues of territorial dispute, as noted already. Nevertheless, the duplicity of Washington over Golan makes its posturing on Crimea null and void. If the Europeans meekly go along with the US move on Golan, then they too should shut their mouths and their moralizing sanctions over Crimea.

0 thoughts on “US Duplicity over Golan Demolishes Posturing on Crimea”