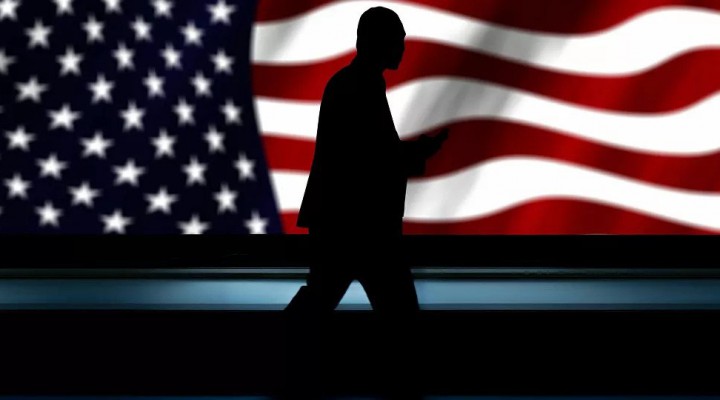 It surely is the greatest Orwellian paradox that the United States is a permanent member of the UN Security Council. For the US is a behemoth that craves insecurity and war for its very existence.

This week Washington took the reprehensible step towards inciting a new global arms race when it test-fired a new ground-based cruise missile off its west coast. The range of the nuclear-capable weapon was over 500 kilometers. It would have been banned under the recently discarded Intermediate-range Nuclear Forces (INF) treaty.

Conveniently for the US, it had pulled out of the INF less than three weeks before the latest missile test. That nails the lie espoused by the Americans that they were collapsing the 1987 treaty “because” of alleged Russian violations. The brutal truth is that the US simply wanted to trash the arms control treaty in order to expand its arsenal of short and medium-range ballistic weapons.

Disturbingly, Pentagon chief Mark Esper has also announced in recent weeks that the US intends to install INF-busting-type missiles on Asian land bases. He says the US needs to confront the “bad behavior of China”.

There is no reason to believe that the US will not move ahead to install short and medium-range missiles in Asia and also in Europe. In both scenarios, the balance of nuclear power is dangerously shifted to threaten China and Russia.

Beijing and Moscow said this week that they do not want to be drawn into an arms race with the US. Russian President Vladimir Putin has ordered his defense chiefs to formulate a reciprocal response to the new US threats without dragging the country into an economically sapping arms race, as was the case in past years of the Cold War.

It is deplorable how the US is incorrigible in its pursuit of confrontation. No other nation in modern history has such a nefarious record of relentless war-making and destruction.

The US, more precisely its ruling class, just cannot conceive of the world in any way other than one of adversity, aggression, dominance, belligerence. The Cold War with the Soviet Union never stopped. The American mindset of zero-sum nihilism is inveterate.

The pernicious premise for the latest missile development and further plans to revamp the US’ already obscene nuclear arsenal is that of a psychopath. In this mindset, Russia, China, and other nations, are “out to get us”, to “destroy us”. It is nuclear-armed paranoia.

Russia and China have never expressed any animosity towards the US or its people. Indeed both countries have repeatedly appealed to Washington to simply behave as a normal nation and engage with others through mutual dialogue and respect.

The US under its existing political economic system and power structure is incapable of being normal. Its oligarchic system (masquerading as democracy) and its corporate capitalist racket (masquerading as economy) need global insecurity and conflict in order to sustain them.

The American political economy is a war machine. With an annual spend of $700 billion-plus on military (multiples of what China, Russia and other nations spend), the US system of oligarchic corporate control would simply collapse in failure if the so-called military-industrial complex were to not receive its voracious fix of tax-payer money every year.

That’s why the US political class – regardless of Republican or Democratic labels – must serve to propagate the war-machine economy.

The US has to always perceive and portray the world as a mortal threat. It needs to create insecurity and tensions in order to “justify” the unjustifiable, hideous waste of resources on new and more weapons.

American politicians, military leaders and corporate media puppets have to indulge in the myth of “enemy states” and “bad actors out there” in order to keep the militarism-addiction fix going. They need to set up the vicious cycle of threats and insecurity, arms race, conflict and ultimately war because that its the life-blood for the vampire system of American capitalism.

It is especially notable that the new missile tested this week could be deployed in Europe or Asia, and the US MK-41 launcher could be used for this purpose. That launcher already deployed in Romania, and soon in Poland, is officially, according to the US, only for launching interceptor missiles. But as the test-fire in California this week demonstrated, the same launcher can be used to fire off ballistic nuclear-capable weapons.

Russia and China are thus being put into a position of intense uncertainty – deliberately no doubt – by the US as to what they may potentially be facing in terms of missile system.

Potentially, the US is reducing the time warning of a pre-emptive nuclear strike down to minutes. The provocative belligerence is monstrous. But that’s the United States of Warmongering for you.

How does the world address this monster-rogue regime? Russia and China need to have the best missile weapons through efficient development – without making the grave mistake of succumbing to an economically destructive arms race.

More long-term for the peace of the world, the people of the United States need to abolish their oligarchy and create a truly people-centered economic system.

0 thoughts on “US Craves Insecurity & War”