HOME / WORLD / Trump’s diplomatic downgrade of the EU is seen as another snub… what else do vassals expect? 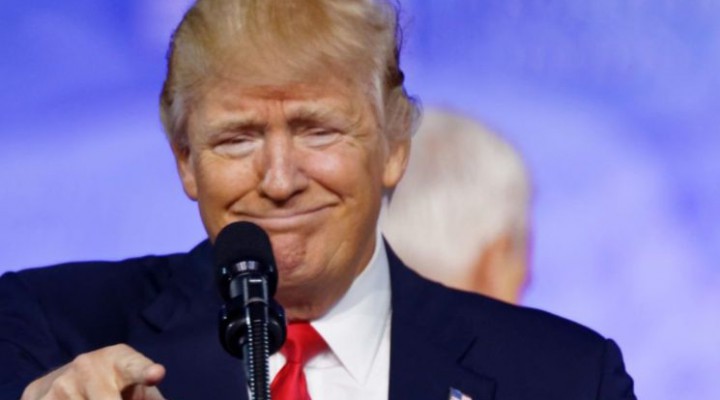 The downgrade is viewed as yet another slight from a president who has contempt for supranational bodies like the EU.

European Union officials are up in arms over the Trump administration’s demotion of its US ambassador. The downgrade is viewed as yet another slight from a president who has contempt for supranational bodies like the EU.

But, strictly speaking, in terms of diplomatic protocol, the Trump administration is correct. The conventional position of ambassador is a representative envoy between two states. The EU gained an ambassadorship to the US – in addition to envoys from its 28 member states – at the discretion of former President Barack Obama, who created the position in September 2016.

Why should the EU have such a privilege? For example, the African Union, which comprises twice as many states and more than double the population of the EU, is classed as an “international organization” in Washington’s ranking of diplomatic relations.

If the EU were given an ambassador role, then why shouldn’t the AU, or any other regional bloc, such as the Commonwealth of Independent States that includes Russia, or the Asian group ASEAN?

Trump’s downgrade of the EU from ambassador to international organization with a “head of delegation” is therefore a step to normalize diplomatic protocol, by reverting to the status quo ante that existed before Obama’s questionable decision to bestow the European bloc with exceptional privilege.

Having said that, it was the way Trump did it that irked the Europeans. The US side “forgot” to notify the EU of the demotion when it went into effect at the end of October. Brussels reportedly only found out about the change of status when its ambassador David O’Sullivan was left out of official invitations.

Apparently, the conspicuous occasion was the state funeral for President H.W. Bush on December 5, when the EU diplomat was not on the usual roll call of ambassadors. He found himself ranked with the African Union. It was then that European querying led to the news that the EU no longer had an ambassador.

The furore has reportedly spurred the Trump administration to reverse its decision and reinstate the EU ambassador. That’s not the end of the matter, however. Brussels is said to be still formulating an official response to what it views as an extraordinary snub from the Trump White House.

Several EU politicians and diplomats have voiced outrage over the fact that the diplomatic demotion even occurred.

“The US Congress has been sent an open letter by EU parliamentarians fuming over the sidelining of the EU’s mission in Washington,” reportsDeutsche Welle. “The MEPs again accuse President Donald Trump of eroding transatlantic relations.”

Daniela Schwarzer, of the German Council on Foreign Relations, is quotedby the New York Times as saying: “The downgrade symbolizes the contempt the US president has shown for the EU and its supranational nature.”

There has been criticism too in American official circles. Nicholas Burns, a former diplomat in the G.W. Bush administration, described Trump’s decision as a “gratuitous, unreasonable swipe at the EU”.

What’s peeving the Europeans is that the move seems to have been an arbitrary political decision. If Trump was merely normalizing diplomatic ranking of the EU, then he should have made the call when his administration took over from Obama. But it was almost two years in office before Trump downgraded the EU ambassador. That smacks of a whimsical decision laden with an uncomplimentary political message.

Over the past year, Trump has been ramping up the rhetoric deriding the EU. Back in July, he even called the European bloc a “foe” alongside China and Russia in terms of international trade. Trump has been haranguing the Europeans for “taking advantage of the US” with alleged unfair trading practices. His venom is particularly reserved for Germany, which he accuses of dumping cars into the US market.

And, of course, the EU members of NATO are constantly lambasted by this American president for not spending enough on military budgets and “freeloading” on US protection. At times, he has even warned he might pull the US out of NATO. (That’s an idle threat for several strategic reasons to do with America’s military power projection over Europe, but that’s another story.)

Trump’s tearing up of US participation in the Iran nuclear accord in May last year was also another poke in the eye for European “allies.” He brushed off their appeals to uphold the international agreement, ignoring their concerns about regional security and multi-billion-dollar trade investments.

In his first cabinet meeting of the new year, Trump let loose on a question about his low poll ratings among the European public. He retorted: “I don’t care!”

Then last month, on December 4, US Secretary of State Mike Pompeo delivered a remarkable speech in Brussels in which he openly questioned the relevance of multilateral institutions, specifically the EU and United Nations.

Pompeo, like his boss in the White House, is a self-declared nationalist with a derogatory view of supranational bodies. The top diplomat is also seen as a cipher for Trump, so when he mouths criticism, it’s as good as Trump speaking.

With this background, it’s no wonder the EU has reacted with alarm over Trump’s downgrading of the bloc’s diplomatic status. The notion of a special “transatlantic partnership” is rudely dispelled under Trump. The move resonates with the cynical old saying: there’s no such thing as allies, only interests.

Nevertheless, it’s hard to have any sympathy for the Europeans. Trump may be offending them, but all their protesting is just so much whining. How many putdowns, how many slights, how many slaps in the face does the European political class need before it goes beyond whining and actually take decisive action to chart a policy direction independent from Washington?

For nearly eight decades since WWII, European governments and the EU bloc have served as nothing but vassals to Washington. They are subservient to US neoliberal capitalism privileging big banks and business over the democratic needs of people; they are subservient to US militarism, allowing its NATO machine to roll all over Europe, while indulging Washington in its criminal overseas wars, killing millions of people, unleashing terrorism and mass refugee flows.

Tragically, too, the European vassals have allowed Washington’s anti-Russia ideology to poison relations with Europe’s biggest neighbor, and arguably, most natural political, economic and cultural partner.

The nadir is how European territory is turned into a launching pad for US missiles against Russia. It is only the pathetic obeisance of European governments that permit such an obscenity – an obscenity which offends the rights of European citizens as much as it does Russians.

Trump’s slap in the face to the EU over its privileged ambassador position is well deserved. European self-importance is overblown and full of effete flatulence. Until EU leaders really begin to stand up to Washington’s hegemonic arrogance and truly assert the rights of their people – especially in regard to peaceful relations with Russia – then European officialdom should be treated with the contempt that vassals deserve.

0 thoughts on “Trump’s diplomatic downgrade of the EU is seen as another snub… what else do vassals expect?”