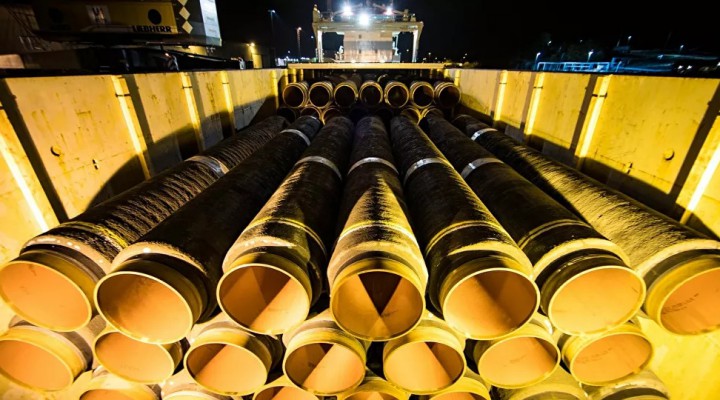 So, the Trump administration is warning European companies they face punitive sanctions if they continue doing business with Russia’s Nord Stream 2 gas project.

The latest American bullying act came with the US ambassador in Berlin, Richard Grenell, writing to German companies to tell them of the danger of future economic penalties for participating in the ambitious gas pipeline project.

That was not the first time Grenell has issued such a warning. His boss, Donald Trump, has also previously made threatening sounds of economic sanctions against European companies involved in constructing Nord Stream 2.

Trump has castigated Germany in particular for allegedly being beholden to Russia owing to its abundant import of Russian gas and oil. When the Nord Stream 2 project — a 1,222-kilometer pipeline under the Baltic Sea — is finished within the next year, Germany will be able to double its gas consumption from Russia.

The Trump administration claims that this prodigious role for Russia as an energy supplier will give Moscow undue political leverage over Europe. Washington alleges that European national security is being undermined by dependence on Russian energy fuel.

Here is where a glaring contradiction emerges. Trump is warning Europe about an alleged Russian menace over its geopolitics. But hold on a moment. Isn’t Trump supposed to be a Russian puppet?

The relentless, and lately intensifying, narrative from Trump’s political enemies in the US is that he is a stooge for Russian leader Vladimir Putin.

The New York Times recently reported that the Federal Bureau of Investigation had opened a file on Trump back in 2017 probing into whether he was “working on behalf of the Russians”.

Then the Washington Post appeared to coordinate the pressure by also running reports that Trump had gone to extraordinary lengths to keep secret his conversations with Putin when the pair met at conferences. It was even claimed that Trump confiscated the notes taken by his interpreter after he met with Putin on the sidelines of the G20 summit in Hamburg in July 2017.

These recent claims come on top of two congressional investigations and the probe by Special Counsel Robert Mueller — conducted over the past nearly two years — which allege that Trump colluded with Russia either wittingly or unwittingly to win the 2016 presidential election.

A phalanx of politicians and pundits in Washington have continually sought to paint Trump as some kind of surrogate for the Kremlin, giving “foreign enemy” Russia strategic sway over American politics and America’s European allies.

Sceptics point out that this fantastical depiction of Trump as a Russian puppet has never been substantiated with any evidence, despite the unremitting probes and media obsession. Even the New York Times admitted in its recent attempt to link Trump to Russia that there is no evidence.

Trump has repeatedly dismissed the Russian collusion claims as “fake news”. In response to the recent reports in the New York Times and Washington Post, the president told reporters this week: “I don’t work for Russia!” He said the claims were a “big fat hoax”.

The evidence that Trump does not work for Russia is plain to see. If he were a stooge for Moscow then why is Trump trying his utmost to undermine Russia’s strategically important energy market in Europe?

Why is the American president and his envoy in Berlin portraying Russia as a malign actor towards European security if Trump were somehow in Putin’s pocket?

The sinister inference from Trump’s warnings to Europe over the Nord Stream 2 project is that Russia is a menace and a malignant power. Trump is thus using the “Russian Card”. That is, he is using the “bogeyman” demonization of Russia to blackmail Europe into spurning Russian energy supplies.

Of course, Trump is abusing a Cold War caricature of Russia for entirely self-serving American interests. He wants to discredit and displace Russia as a legitimate energy supplier to the European market so that the Americans can step in with their much more expensive and uncompetitive gas exports.

If Washington were to abide by free-market capitalism — as it claims to do — then American gas supplies to Europe would not stand a chance against Russia’s abundant and much more economical supply, especially after the Nord Stream 2 pipeline is completed. What the Americans have to do — and Trump is brazenly making this pitch — is to use propaganda devices to warp the market in their favour.

Trump is playing the Russian Card as ruthlessly and as unscrupulously as any Cold Warrior in Washington.

Now, how is it plausible for any of his domestic enemies to maintain that Trump is a stooge for Moscow when he is trying to steal Russia’s lucrative energy market in Europe?

However, the contradiction works both ways. Yes, Trump’s political enemies are shown to be flogging a dead horse of a story about him being an agent for malign Russian interference in US and European politics. Trump himself dismisses that spurious fantasy.

Yet, Trump is shamelessly using a similar propaganda fiction about Russia being a villain when it comes to him touting for American energy business in Europe. Shame on all the American politicians.