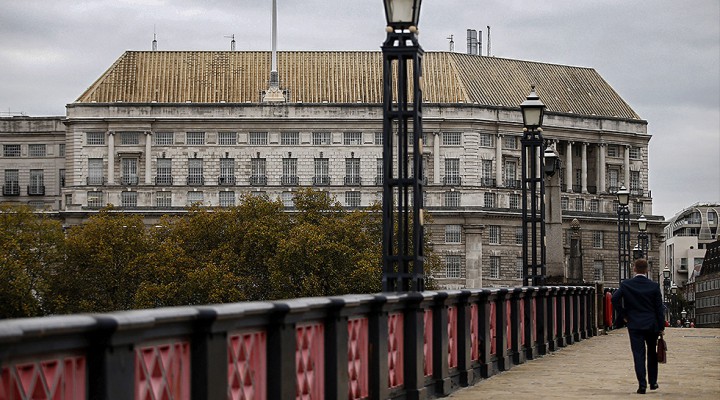 A ruling by British judges declaring it legal for Britain’s state security service – MI5 – to shield agents or informers from prosecution for crimes committed in the line of duty is a hugely sinister development.

The ruling by the Investigatory Powers Tribunal (IPT) last week represents a formalizing of secret British government policy of affording its internal security service unlimited powers and immunity from prosecution in the execution of activities. The policy was legally contested by four British human rights groups, calling on the IPT to ban such powers.

However, the tribunal of five judges concluded it was lawful for MI5 agents to be permitted to commit crimes if, by doing so, they were acting in the public interest of national security. Two of the judges dissented. They explicitly raised concerns that the policy sets a “dangerous precedent” and “opens the door to abuse of power”.

Daniel Holder, deputy director of the Committee on the Administration of Justice (CAJ), one of the four groups protesting the existing policy, said the narrow-majority ruling shows there is deep misgivings even within the state about the sinister potential of such unlimited power for Britain’s security forces. CAJ and the other groups are to appeal the ruling in the courts.

“We are very concerned that this ruling for now permits MI5 to continue to authorize informant or agent involvement in serious crime,” said Holder in comments for this article. “This could include crimes that constitute human rights violations. There were such experiences during the Northern Ireland conflict of informant-based paramilitary collusion, with agents of the state involved in acts as serious as murder and torture.”

During that conflict (1969-98), British military intelligence are known to have been involved in systematic levels of collusion with paramilitary agents and informers as part of a counterinsurgency campaign. The outcome was hundreds of extra-judicial killings carried out with the covert consent of British state agencies. One of the most notorious was the murder of Belfast lawyer Pat Finucane in 1989. Former British Prime Minister David Cameron admitted before parliament in 2012, following the publication of a government report into the Finucane killing, that the collusion in the case represented “shocking” abuse by Britain’s military intelligence.

What the latest ruling by the five-judge tribunal demonstrates is that there is still a policy of impunity for British state agents and their informants if their criminal activities are deemed to be essential in the service of national security. That is an insidiously low bar of subjectivity which allows for a modus operandi of “any means necessary”.

The British government is arguing that for agents and informants to carry out their covert work effectively, then they must have the power to lawfully participate in criminal activities for the sake of maintaining their cover. In short, they have a license to kill. But what makes the British state policy disturbingly sinister is that it is a secret policy that is off limits to legal and public scrutiny.

Says CAJ’s Daniel Holder: “All police and security services the world over use informants. They are a vital policing tool, but they have to be used lawfully, and the question always is: where do you draw the line as to what they are allowed to do? On occasions where absolutely necessary this may involve informants being involved in crimes like conspiracies with a view to thwarting them; but the bottom line is that informants can never lawfully be ‘authorized’ to be involved in serious crimes that constitute human rights violations, such as kidnaping, killings and false imprisonment, nor can they act as agent provocateurs, all of that is illegal.”

Northern Ireland serves as a grim case study where military police powers ran amok. Independent local human rights groups, such as CAJ and Relatives for Justice, contend that the so-called secret intelligence war waged by the British state was not only unlawful, it also prolonged the conflict and exacerbated the death toll.

Many of the killings suspected to have involved British agents or informers remain unsolved. Those murders have left a poisonous legacy for the citizens of Northern Ireland to deal with.

Rather than being restrained by this nefarious episode, it seems the British authorities are more determined than ever to extend the powers of their security services to act with impunity. If such a policy cannot be scrutinized or challenged in the courts by prosecution of alleged offenders then that leaves one to conclude that Britain is not a state of law but rather one ultimately run like a police state.

If British security agencies are above the law to commit any crime deemed necessary for their function, that opens a Pandora’s Box of baleful consequences.

We only have to look at countries where police forces more openly operate with impunity to see where the lawless direction leads to. A notorious example is Brazil, where police units are estimated to kill on average 17 people every day in supposed crackdowns on organized crime. The rampant use of extra-judicial assassination is largely a result of widespread immunity afforded to police officers.

Today’s Britain may seem like a million miles away, figuratively, from somewhere like Brazil or The Philippines where police forces also wield extensive lethal violence with impunity. However, once the rule of law is discarded for state forces, there is no longer a safeguard against abuse of power. It’s a slippery slope towards systematic violence and corruption.

Earlier this year, there was a public outcry in Britain when it emerged that Eton College – one of Britain’s elite private schools and Prime Minister Boris Johnson’s alma mater – had set an exam question for entrant students asking them to justify the use of lethal force to kill rioters.

The question set by the Eton examiners read: “The year is 2040. There have been riots in the streets of London after Britain has run out of petrol because of an oil crisis in the Middle East. Protesters have attacked public buildings. Several policemen have died. Consequently, the Government has deployed the Army to curb the protests. After two days the protests have been stopped but twenty-five protesters have been killed by the Army. You are the Prime Minister. Write the script for a speech to be broadcast to the nation in which you explain why employing the Army against violent protesters was the only option available to you and one which was both necessary and moral.”

There you have it: “necessary and moral” means anything goes in the name of national security. Just like the legally approved license to kill granted to MI5.

Evidently, Britain’s ruling class is wary of civil unrest sometime in the future. It could be sparked by Brexit or economic austerity. The use of lethal force to quell public protests is an option. The ruling by British judges endorsing an existing secret government policy of impunity for MI5 shows that Britain is but a step from being a police state. If not there already.