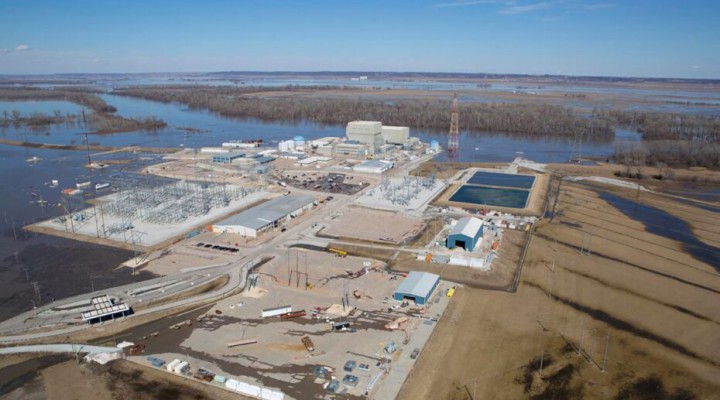 Running decrepit power plants way beyond their design capability is setting the U.S. up for a disaster on the scale of Chernobyl or Fukushima.

Professor Karl Grossman is a renowned expert critic of the United States’ nuclear power industry. In the following interview with Strategic Culture Foundation, he highlights concern over the move currently being proposed by the regulatory authorities to extend the operating licenses of already aging nuclear reactors across the U.S. Power stations that were originally designed to have a 40-year operating lifespan are now being slated to run for up to 100 years. The move, says Grossman, is being pushed by the nuclear industry lobby as a way to salvage the increasingly unviable economics of nuclear power. There is also, he notes, a “revolving door” relationship between private nuclear energy companies and the government authorities who are supposed to regulate the industry. That means questions of public safety are being ignored in the furtherance of profits. Running decrepit power plants way beyond their design capability is setting the United States up for a disaster on the scale of Chernobyl or Fukushima, warns Grossman.

Karl Grossman’s biography includes being a full Professor of Journalism at the State University of New York/College at Old Westbury. He is an award-winning film-maker, author and renowned international expert on space weaponization, having addressed UN conferences and other forums on the subject. He is a founding director (in 1992) of the Global Network Against Weapons & Nuclear Power in Space. Grossman is author of the ground-breaking book, ‘Weapons in Space’. He is also an associate of the media watch group Fairness and Accuracy in Reporting (FAIR).

Question: How many nuclear power stations are there in the United States? Is nuclear power a declining contributor to total U.S. energy supply?

Karl Grossman: The number of nuclear power plants in the U.S. now is down to 94 from what had been a high of 129. And nuclear power is declining as a source of energy. Here’s a report from the Nuclear Information and Resource Service about this.

Question: Are most of the nuclear power stations at the older age of service (40 years) and up for the proposed extension of up to 100 years?

Karl Grossman: All nuclear power plants in the U.S. have been licensed for 40 years. Most have now received an extension for another 20 years – to run for 60 years. Only a handful so far have gotten an extension to run for 80 years. And the U.S. Nuclear Regulatory Commission’s (NRC) consideration of allowing them to run for 100 years has not yet been adopted, so no plants, as of now, have been given clearance to operate for 100 years.

Question: Why is the regulatory NRC taking this step of extending operating licenses? Profits for operators? Is there lucrative lobbying of NRC? Revolving-door relations?

Karl Grossman: The U.S. Nuclear Regulatory Commission should really be called the U.S. Nuclear Rubberstamp Commission. It does whatever the nuclear industry and nuclear proponents in the U.S. government want. The NRC grows out of the U.S. Atomic Energy Commission (AEC) which was created in 1946 to both promote and regulate nuclear power in the United States. Here’s how the NRC itself explains the history on its website:

The Federal agency (known as the AEC), which was created in 1946 to manage the development, use, and control of atomic (nuclear) energy for military and civilian applications. The AEC was subsequently abolished by the Energy Reorganization Act of 1974 and succeeded by the Energy Research and Development Administration (now part of the U.S. Department of Energy) and the U.S. Nuclear Regulatory Commission. For related information, see Our History.

So, a Nuclear Regulatory Commission was set up to do regulation and, first, an Energy Research and Development Administration (ERDA) was formed for promotion. A few years later, in 1977, a U.S. Department of Energy was established and ERDA was absorbed into it.

However, the promotional mindset of the AEC continued at the NRC.

One needs only go to an NRC licensing hearing to see this – as I have. The “administrative judges” – and these, with very few exceptions, are not fair or objective judges – and the proceedings function as a nuclear Kangaroo Courts.

As to the proposal which would allow nuclear plants to operate for 100 years, it an effort to keep nuclear power going in the U.S. The only two nuclear plants under construction in the U.S. now, Vogtle 3 and 4, are costing $28 billion for the pair, and the price continues to rise.

The U.S. nuclear industry is in its death throes – and this despite the baloney these days about nuclear power being needed to deal with the climate crisis. The nuclear Pinocchios point to what they say is how a nuclear plant does not emit greenhouse gasses. What they don’t want to mention is that the nuclear fuel cycle – mining, milling, fuel enrichment, etc., – is carbon intensive. And nuclear plants themselves emit carbon, radioactive carbon: Carbon-14.

The strategy thus is to let these aging nuclear plants continue operating to somehow keep the industry alive. And as I noted in this recent article, what the NRC has also been doing is allowing with license extension an “uprating” of the plants – letting them run harder and hotter to generate more electricity. This is inviting for disaster. Who would want to ride in a 100 year-old car, and especially to push it to try to go 80 or 90 miles per hour?

Question: Has there been in-depth technical studies to justify the proposed decades-long extensions? Or is it more a whimsical decision that is beyond public purview, challenge?

Karl Grossman: The only study I know of is the one that I refer to in my article, done by Pacific Northwest National Laboratory, which has, as Paul Gunter of the organization Beyond Nuclear says, been “scrubbed” from government websites since he quoted from it at an NRC meeting.

Question: Is there any sign the Biden administration will challenge the NRC move? Biden has talked about increasing renewable energy. Shouldn’t his administration be alarmed by the NRC extensions and the whole nuclear energy industry in general?

Karl Grossman: This remains to be seen. Biden is for “advanced nuclear power” – the current term by the nuclear proponents for “new and improved” nuclear power plants. Being promoted now particularly is what is being called the “advanced small modular reactor.”

Despite the patent nonsense of the nuclear promoters about these, there are still safety problems – and they’ll be producing deadly nuclear waste.

The big nuclear question is: can Biden become aware of the truth about atomic energy, how it’s dirty, dangerous and expensive?

And regarding the NRC, the president appoints its members. What kind of choices will Biden make? He will be able to appoint a new chairperson with the current one, a Trump appointee, stepping down at the end of this month.

Here’s the NRC bio of the current chairman which disclose her heavy nuclear engineering background:

The current chairman is the Honorable Kristine Svinicki was designated Chairman of the U.S. Nuclear Regulatory Commission by President Donald J Trump on January 23, 2017. She is currently serving her third term, ending June 30, 2022. She began her service on the Commission in 2008. Chairman Svinicki has a distinguished career as a nuclear engineer and policy advisor, working at the state and federal levels of government, and in both the legislative and executive branches. Before joining the NRC, Svinicki spent over a decade as a staff member in the United States Senate advancing a wide range of policies and initiatives related to national security, science and technology, and energy and the environment. She also served as a professional staff member on the Senate Armed Services Committee where she was responsible for the Committee’s portfolio of defense science and technology programs and policies, and for the atomic energy defense activities of the U.S. Department of Energy, including nuclear weapons, nuclear security, and environmental programs. Previously, Svinicki worked as a nuclear engineer in the U.S. Department of Energy.

Question: In the worst case scenario, what would the effect be of nuclear plants failing due to obsolete safety? Are we talking about Chernobyl-type disasters? Is the worst case a real risk?

The consequences of a nuclear plant disaster – with the two biggest accident types being a nuclear runaway or a core meltdown – are huge.

In regard to Chernobyl, here’s a TV program, ‘Chernobyl: A Million Casualties’, that I did, interviewing Janette Sherman, the editor of the best book on the Chernobyl disaster.

Question: In recent weeks, there have been renewed U.S. media and intel claims of Russia launching cyber attacks on U.S. infrastructure, including nuclear power stations. Sounds like Russia can be made a handy scapegoat for failing of nuke stations which is an inherent U.S. problem, nothing to do with alleged Russian cyber attacks. Any thoughts on that?

Karl Grossman: If there is an accident because of letting old nuclear plants try to run for 100 years, might “the Russkies” be blamed by the U.S. nuclear industry? It’s not beyond imagination considering these folks lie like they breathe.