HOME / WORLD / Resignation of Bolivia’s Evo Morales was no victory for democracy, but a US-sponsored coup 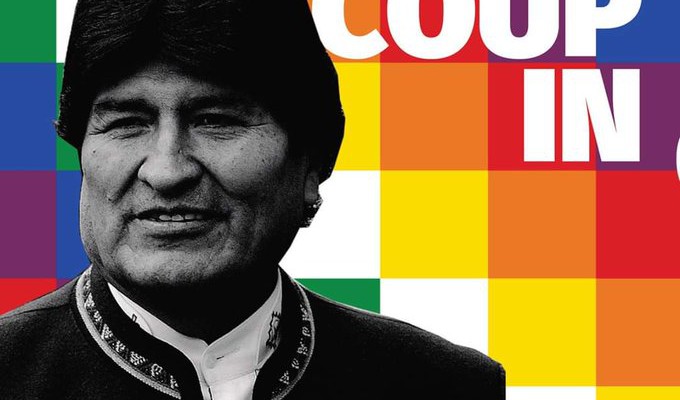 Evo Morales, an indigenous leader who bucked the IMF and condemned US imperialism, has been pressured by the military to resign after winning an election. Yet Washington calls this blatant coup in Bolivia a victory for democracy?

Morales was re-elected as Bolivia’s president on October 20. The coup-backing Organization of American States (OAS) wasn’t pleased and went ahead interfering in a sovereign nation – as the US itself does so well – issuing a report that the vote result wasn’t satisfactory to their desires.The heavy funding from the US surely has no influence on OAS policies…

In any case, on November 10, President Morales first announced a new election. Later that day, he announced his resignation, naming as reason the recent brutality of Bolivia’s right-wing opposition, including “kidnapping and mistreating” families of indigenous leaders and burning down the homes of public officials.

I resign from my position as president so that (Carlos) Mesa and (Luis Fernando) Camacho do not continue to persecute socialist leaders.

Morales was clear that his move was solely due to the violence incited opposition leaders. However, it soon became clear that this was a coup, not a resignation.

Former Brazilian president Dilma Rousseff tweeted her solidarity with the “legitimate president of Bolivia [Evo Morales] who was deposed by a military coup, had his house raided by the police and suffered an illegal arrest warrant. A very serious attack on democracy in Latin America and violence against the Bolivian people.”

Another Brazilian ex-president, Lula, likewise declared the “stepping down” a coup. And even before the events of November 10, Argentina’s Cristina Kirchner foresaw there would be pressure to force Morales out of office, as did Venezuela’s President Nicolás Maduro.

Coups in #Bolivia: 1952, 1964, 1970, 1980, 2019. Brought to you by the Bolivian oligarchy and the CIA.
I stand with President @evoespueblo and the MAS against the coup makers and orchestrators.#EvoPresidenteLegitimo #EvoElMundoContigo 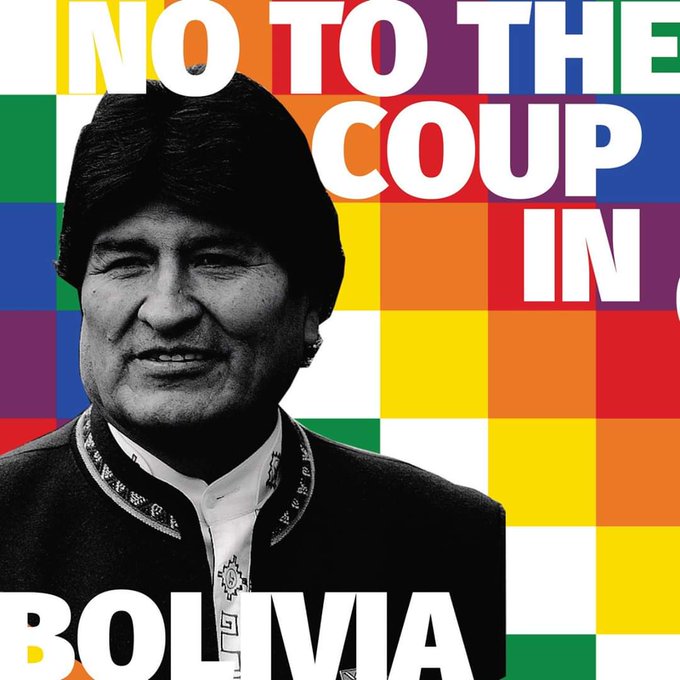 297 people are talking about this

As most readers know, this is not the first US-backed coup in Latin America. Washington’s history of meddling in sovereign nations stretching back many decades. But let’s look at how Bolivia changed under Morales’ leadership.

Poverty, unemployment and illiteracy all decreased significantly under Morales. In fact, according to a report by the Center for Economic and Policy Research (CEPR), Bolivia’s was the “fastest-growing” economy in South America, having “basically been stagnant for a quarter century prior to Morales becoming president in 2006.”

To do so, however, “the Bolivian government ended 20 years of IMF agreements in 2006,” the same CEPR report notes. Furthermore, expelling US military bases, threatening to close the US embassy in Bolivia, and nationalizing the oil and gas industries haven’t done much to put him in the good graces of ‘democracy-bringers’.

Evo’s crimes: Lifting 3 million out of poverty; making Bolivia the region’s fastest growing economy; nationalization; expelling US military bases & restoring dignity. His biggest crime of all was being Indigenous and ending the previously-existing apartheid. @OVargas52

1,269 people are talking about this

After all, with America’s lust to ‘democratize’ the world and steal precious resources in the process, nationalizing a country’s goods really mucks up Washington’s dirty plans. It doesn’t help that Bolivia has $2.3 billion worth of contracts to develop its lithium deposits with China, not the US.

Who benefits from Bolivia losing Morales as president? Not the Bolivian people, that’s for certain. In fact, some predict Bolivia’s future could be very dire under the rule of a US puppet.

Bolivians can now expect Ukraine-style “progress”, where the country’s GDP goes straight into the pocket of @IMFNews and 2 people die for every 1 person born.

By the time they realise they’ve made a mistake in overthrowing Morales, it will certainly be too late. https://twitter.com/LaRazon_Bolivia/status/1193637093303635968 … 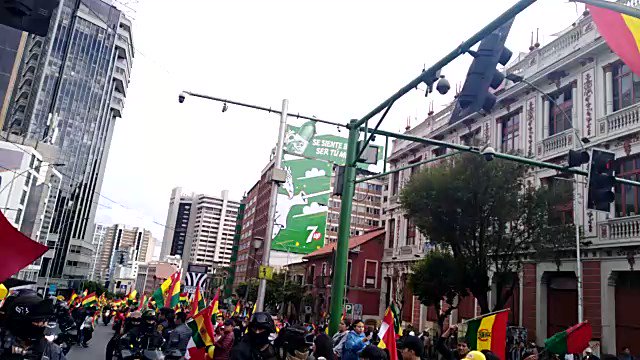 19 people are talking about this

“My sin is being a union leader, indigenous. We are giving up so that my brothers do not continue to be kicked,” Morales said, when submitting his forced resignation.

This statement poignantly demonstrates the racism and utter lack of concern by the US for the people of Bolivia. Concerned citizens around the world are holding rallies in solidarity with Bolivia’s elected President and against yet another US-backed coup of a sovereign nation.

“He is now in hiding with his Indigenous Nation, and the death squads have issued an arrest warrant for him,” analyst Laith Marouf noted. “Know now that if they kill him claiming he resisted arrest, or that he committed suicide; that it was an assassination in the land that saw the assassination of Che Guevara.”

As events unfold in Bolivia, it’s important to keep in mind the possible frightening outcomes. Anything is possible when US imperial interests are at stake.

0 thoughts on “Resignation of Bolivia’s Evo Morales was no victory for democracy, but a US-sponsored coup”