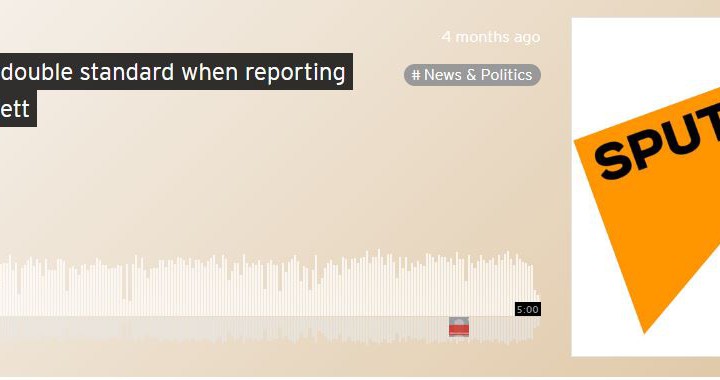 On Sputnik the other day to address the latest from a BBC producer on Douma.

“On April 14th 2018, Britain, France and the US launched missile strikes on Syria in retaliation for what they had said was a chemical attack staged by Syrian President Bashar Al-Assad on the Syrian town of Douma. Reports at the time had alleged that up to 500 people had attended hospital on 7th April with ‘signs and symptoms consistent with exposure to toxic chemicals’.

The main evidence cited was video footage of a hospital which claimed to show victims of a sarin or chlorine gas attack. Together with photographs of supposed gas cylinders, this visual evidence was held up by the international community as irrefutable proof that the Syrian government had been responsible for gassing its own people. Despite skepticism from various experts on the genuine nature of the footage, calls from the Russian government to treat the evidence with caution and the fact that the OPCW found no concrete evidence of a chemical weapons’ attack at the Douma site, western leaders and media continued to push the narrative that the Syrian leader was indeed to blame.

Now a BBC Syria producer, Riam Dalati, has revealed on Twitter that he believes the footage of people being treated after the alleged chemical weapons attack in the Syrian city of Douma was staged.

Sputnik spoke to journalist Eva Bartlett, for her take on this admission by a BBC journalist.”