Why “Incremental Change” Is Worse Than No Change At All 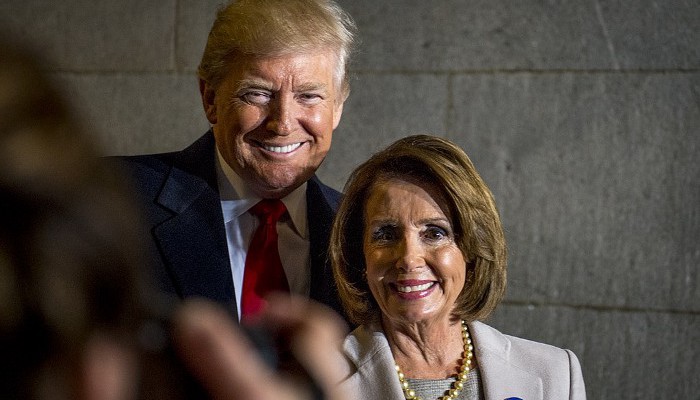 Another reason why the so-called “centrists” pose such a grave threat to our world is because their platform of slow, moderate, incremental change is actually worse than no change at all.

President Obama was elected on the platform of hope and change. He promised big, sweeping changes, and, at the end of eight years, had continued and expanded all the most depraved foreign and domestic policies of his predecessor while killing the push for universal healthcare and creating a climate initiative which was the equivalent of a band-aid on a sucking chest wound. He now defends his near-complete lack of progress by claiming that compromising with the plutocrats and achieving a small amount of change is better than not compromising and achieving no change at all.

We see this trend continuing under the current Democratic leadership, with the House Speaker continually working to passive aggressively underminethe center-left progressive wing of her party while simultaneously calling for party unity. We see it also in the current administration, which, despite all the fuss about Trump’s destroying “norms” and challenging the establishment, has actually managed to preserve and bolster status quo power structures in every way that matters.

Whenever I write about the fact that Trump has not met any of his foreign policy promises and has in fact just been advancing the longstanding policies of the neoconservatives in his cabinet, I always get a bunch of MAGA people in the comments telling me I’ve got to be patient with their president, because big changes take time. For all the rhetoric about Trump’s base, from both pro-Trump and anti-Trump media, depicting it as some special deviation from the norm, this demand for patience and slow, incremental change is indistinguishable from the lines Hillary Clinton supporters were regurgitating at Bernie Sanders supporters back in 2016.

In both the Obama and the Trump administrations, voters ordered a box of hope and change, received a package labeled “slow, incremental change”, then opened it up and found no meaningful change whatsoever.

This pattern has been repeating for years. People want change because the system is unfairly stacked against ordinary people, so two mainstream political parties promise them big changes. People flock to whichever one makes the most convincing sales pitch, then when they don’t get big changes they’re fed some hogwash about needing to have realistic expectations. Because wanting fast changes in a world that is hurtling toward either ecosystemic collapse or nuclear war is “unrealistic”.

Voters are aggressively discouraged from voting for third parties, assured that there is no need to do this because the mainstream party will provide the changes you seek, and then no changes happen. Ever. This happens over and over and over again.

This pattern is not an accident.

I say that “incremental change” is worse than no change at all because it is deliberately designed to kill all push for change while effectively delivering no change whatsoever. If mainstream political parties were honest about having no real interest in taking power away from the plutocratic class which is exploiting us all and driving us toward extinction, people would immediately stop supporting them. Keeping change on the menu without ever actually serving it keeps people coming back to the table again and again, knowing that they’re starving to death but trusting that nourishment will eventually appear.

All the mainstream “centrists” ever bring to the table is inertia. Inertia is the only real item on the menu. All they’re ever doing is filling our vehicles with lead and telling us it’s gold. Gumming up our gears with false promises designed to keep people from waking up and overthrowing the oligarchs who are rapidly building a cage around them. While the people are being admonished to slow their push for change to the pace of a narcoleptic snail, the oligarchs are all mainlining methamphetamine so they can stay up all night reinforcing the bars of our cage at breakneck speed.

Meanwhile we’re drawing ever closer to an apocalyptic scenario with a rapidly deteriorating ecosystem and mounting tensions between nuclear-armed nations. At a time where we should all be speeding up, the elected leaders closest to power are all encouraging us to slow down. They’re sucking all the energy out of our engines and replacing it with debilitating inertia. They’re promising us the world and delivering us armageddon. We’ve got to stop buying their lies.

“Be The Change You Wish To See In The World” — Misattributed, Misused, And Obscenely Underappreciated