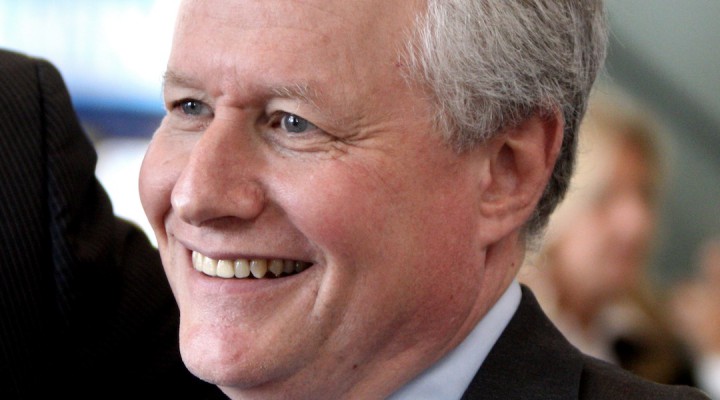 California Representative Ro Khanna announced on Monday that he’d just hung out with Iraq war architect Bill Kristol and had a wonderful exchange of ideas, fully discrediting the myth of the progressive Democrat with a single tweet.

“Bill Kristol is one of the most thoughtful voices in defending liberalism and democratic institutions in our country,” Khanna tweeted. “Learned a lot in our conversation about shaping also an inclusive narrative around American patriotism.”

When Khanna’s Twitter followers began reacting with shock and disgust at a congressman who is generally regarded as one of the most progressive elected officials on Capitol Hill saying sweet things about a murderous arch-neocon, he added:

“I was a strong and early critic of the war in Iraq, and Kristol and I have very different worldviews on foreign policy. But to have a discussion about strengthening liberalism and liberal institutions with people you disagree is in my view needed in a pluralistic democracy.”

“I’m back in the office after a stimulating lunch with Ro Khanna and see he’s tweeted about it,” Kristol posted on Twitter. “Which is fine! But not with some on the Left! I’m sure Ro can take the heat. As for me, I benefited from our talk, and admire Ro’s willingness to argue—and occasionally (gasp!) agree.”

I’m back in the office after a stimulating lunch with @RoKhanna and see he’s tweeted about it. Which is fine! But not with some on the Left! I’m sure Ro can take the heat. As for me, I benefited from our talk, and admire Ro’s willingness to argue—and occasionally (gasp!) agree. https://t.co/YmvQZeidWI

It’s really odious how they’re framing this get-together as two men from differing ideological backgrounds overcoming their little disagreements to find common ground. We’re talking about someone who has pushed for psychopathic acts of military violence at every opportunity throughout his entire career, and has had an ungodly amount of success in doing so. As the co-founder of the influential neoconservative think tank Project for the New American Century and major Bush administration thought leader, Kristol played a key role in manufacturing support for the invasion of Iraq and ushering in an unprecedented new era of US military expansionism, a fact for which he remains completely unapologetic.

The invasion killed at least a million Iraqis, and arguably more than twice that. We’re not talking about two people setting aside their disagreements about farming subsidies or net neutrality here, we’re talking about fucking murder. Murder at a scale so massive it’s impossible to fully wrap your mind around it. Mass murder is not a difference of opinion, it’s mass murder. It’s no more an ideological position than stomping on kittens is an ideological position.

It’s like announcing you just had lunch with serial killer Edmund Kemper and, while you disagree with his policy of murdering women and copulating with their severed heads, you really respect his opinions on immigration.

I’m actually being charitable here. There’s not a pedophile or serial killer on earth who has contributed as much death and suffering to our world as William Kristol.

War crimes aren't "disagreements" and he isn't just a "liberal". He's a neocon imperialist thug and if he isn't accurately portrayed as such you're helping to wash the blood off his hands https://t.co/tbh3Z3sEpX

It’s not okay to be a warmonger. Pouring your mental energy into the slaughter of human beings is not some petty ideological quibble that can be looked past in search of common ground. Announcing you’ve just had lunch with a death merchant like Kristol and found plenty to admire about him should carry at least as much stigma as a lunchtime bromance with a genocide-promoting white supremacist, and probably more so given that Kristol has actually succeeded in manifesting his heinous vision for the world.

These monsters should not be accepted in our society. They should be as reviled as serial killers, child molesters and Nazis, not respected pundits who stroll around having casual lunch breaks with elected officials. They should be afraid to show themselves in public.

Instead, Kristol and his fellow neocons have been rehabilitated in the fugue of Trump hysteria and are now seen frequently on liberal media panels and viewed favorably by centrist Democrats, even while continuing to promote the annexation of Cuba, regime change in Iran, regime change in China, and keeping US troops in Afghanistan. Such creatures should be expelled from society and chased away until they’re forced to live under a mountain eating cave fish like Smeagol; instead they’re being accepted further and further into what passes for the American “left” today.

Ro Khanna is catching so much flak for his Kristol cuddle fest because Americans are told very forcefully that they need to support the Democratic Party if they want to advance leftward movement, yet even the very most progressive among them who are operating on the national stage consistently expose themselves as unprincipled imperialist swamp monsters. This is a problem, and it needs to be treated as such.

Anti-imperialism should be the most obvious, basic, bare-minimum agenda for anyone who cares about peace, truth and justice in our world. Instead, in a globe-spanning empire made of lies, it’s been turned by propaganda into a freakish fringe position that no elected officials are allowed to espouse, while monsters like Kristol are embraced and uplifted.