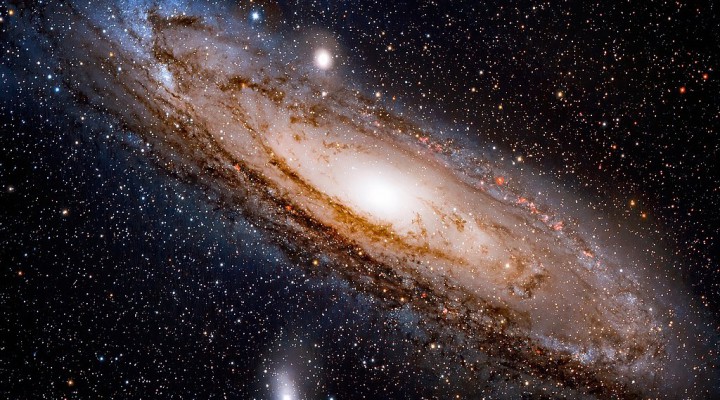 Some people think humility means thinking of yourself as lowly and inferior, but that’s not right.

Evangelical Christian author Rick Warren attempts to correct this misperception with the famous saying, “True humility is not thinking less of yourself; it is thinking of yourself less.”

But that’s not really it either.

True humility is the realization that the very thing you’ve come to think of as your “self” is an entirely illusory construct.

If you examine your actual experience, it’s impossible to find any solid, tangible thing that could rightly be called a self. There are thoughts, feelings, sights, sounds, smells and tastes, but it’s impossible to nail down any actual “me” in actual experience to whom those things appear. We can infer that there’s a self by telling a mental story about someone with a given personal history who is sitting here experiencing these things, but that story is itself just another appearance, appearing to no solid, separable self that we can find anywhere in our experience.

In reality what we call “self” or “ego” is not a thing at all, but an energetic contraction around a believed mental narrative about a separate finite individual. It’s like how you can make a fist, but if someone were to dissect your hand in an autopsy after your death they will never find a thing that could be called “fist” anywhere in your hand’s anatomy, no matter how hard they searched.

Just as a hand can release the uncomfortable clench of a fist, so too can the human organism release the uncomfortable clench of believed mental narratives. Life then ceases to be a story about a separate self, and becomes experience unfiltered by mental narrative in a universe of energy and atoms comprising no individual things that are separate from the whole.

This universe is a play of impersonal energies, and some of those energies get a bit mixed up and start taking it personally. That’s all it is. Nothing grander than that. That’s all our confusion and psychological suffering in this world are ultimately born of.

And the possibility of unclenching from that confused state is what causes such inner resonance within many of us when we hear this mysterious word “humility”. This is what that word points to. An exit from the confusion.

The same is true of the word forgiveness. It doesn’t mean setting aside someone’s misdeeds and acting like they never happened. It doesn’t mean magnanimously pardoning someone for their transgressions. This common misunderstanding of forgiveness is prone to exploitation by abusers who stand to benefit from an absence of consequence for their abuses.

It means seeing that everything we apparently encounter in one another is the interplay of impersonal forces in a universe of swirling energies whose movements and manifestations all have their sources in the movements and manifestations which preceded them. A human organism moves the way it moves and expresses the way it expresses because of the experiences it has had with other humans in the past, who are also moving and expressing as they do because of their experiences with others in the past, stretching back through innumerable generations and all the way back through our evolutionary heritage, and all the way back through a movement of energies which ultimately have their source in the Big Bang.

It’s just an impersonal blossoming of energies, done by no one and done to no one. If my neighbor is guilty than so am I and so is everyone, because we’re all one with that same universal energetic dance. Seeing this is true forgiveness.

And of course we still distance ourselves from human behavioral patterns which threaten us or make life unpleasant, and the collective may find it necessary to isolate highly traumatized humans with particularly destructive patterning from the rest of the population for its own protection. But it isn’t personal, any more than keeping our hand away from a flame we know will burn us is personal.

And it’s all happening to no one. Already whole. Already perfect. Already free. Clearly seeing this opens up the possibility of an unbelievably peaceful and efficacious way of moving in the world, and all that’s required is to relinquish belief in something that was never there to begin with.